This August marks the 100th anniversary of the passage of the 19th amendment, which granted women the right to vote in the United States. A century later, we’re looking back at the long road to this victory and the stories of the women who fought for their rights from the time of the country’s founding. Get inspired by the fearless feminists featured in the eBooks below—each $1.99 through the end of August!

Offer good through August 31, 2020, only available through US retailers 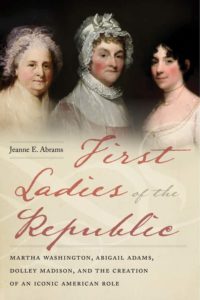 First Ladies of the Republic

“Accessible and entertaining, First Ladies of the Republic offers readers a refreshing and often perceptive view of its subjects. Abrams is thoroughly versed in the voluminous literature on women’s and gender history, employing her understanding of that literature to good advantage…this is a compelling effort, and one that historians and the general public will profit from reading.”—American Historical Review

“Abrams contributes a substantive study of the first three (precedent-setting) First Ladies. Earnest, balanced, insightful, well researched, and browsable, this is a rich source of information.”—Choice 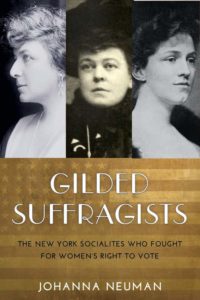 “Setting the record straight on the driving forces in the early-20th-century fight for women’s suffrage . . . Neuman counters the popular opinion that these women were merely bored socialites trying on suffrage as they might the latest couture designs from Paris,” and she makes a solid case . . . Neuman concisely explains how these gilded women have been airbrushed out of history, resented by those who felt exploited, but thankfully, they succeeded, and women vote today because of them.”—Kirkus Reviews

“This flowing account of women, whose financial contributions, celebrity, style, and innovative strategies revitalized a cause and changed history, will be welcomed by all readers.”—Library Journal 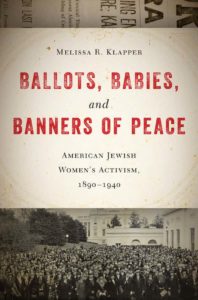 Ballots, Babies, and Banners of Peace

“Klapper writes … to insert women’s activism into the panorama of American Jewish life … This book is an opening, a gift, an invitation, and anyone who writes on these subjects after her owes the author a massive debt of gratitude for the map she has drawn.”—The American Jewish Archives Journal

“Klapper introduces readers to an overlooked generation of Jewish women and the causes they championed, particularly in the interwar era—most notably suffrage, access to birth control, and the international peace movement.”—Women and Social Movements in the United States, 1600-2000 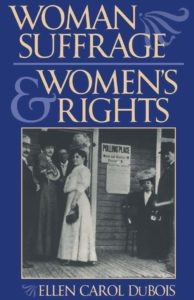 “The anthology is an excellent reader… stimulating, for together {the essays} become more than the sum of their parts…offering the reader an overview of the subject and a chronicle of the development of the field of U.S. women’s history over the past twenty years.”—Women’s Review of Books

“DuBois has written a powerful testament to the importance of being radical–of igniting revolutionary change with the social dynamite of claims to race and gender justice.”—In These Times 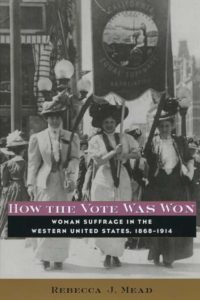 How the Vote Was Won

“In this superb study . . . Rebecca J. Mead convincingly demonstrates the importance of the region to understanding the success of the national suffrage movement.”—American Historical Review

“In this densely written and tightly argued work, Mead (Northern Michigan Univ.) presents answers to the often asked question of why woman suffrage was accomplished in the US West well before it was in the East.”—Choice 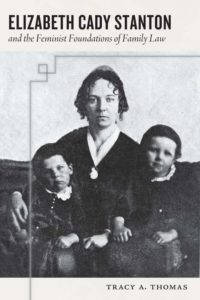 Elizabeth Cady Stanton and the Feminist Foundations of Family Law

by Tracy A. Thomas

“Thomas does both legal studies and feminist history a great service. Comprehensive in its approach to Stanton’s life, Thomas enjoyable and eminently readable text unearths new information about this most important legal mind while deftly directing our attention to the key ways our legal culture has been indelibly stamped with Stanton’s towering intellect and radical spirit.”—TJ Boisseau, Purdue University

“Tracy Thomas has thoroughly documented Stanton’s radicalism on matters of marriage and the family and has shown just how significantly one woman’s feminism affected family law for the betterment of women.”—Civil War Book Review 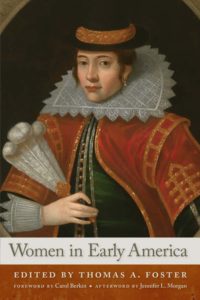 Edited by Thomas A. Foster

“Women in Early America, an ambitious series of eleven essays edited by Thomas A. Foster, offers a more compelling version of early America and its heroines. The collection attends to two lacunae at once by focusing on women, a group whose presence in the records is often hard to come by, to unearth overlooked and understudied figures only touched on in earlier research (if at all).”—Times Literary Supplement 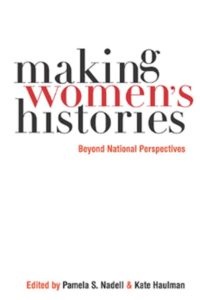 “This outstanding collection contributes to the usable past and should help readers understand the present and shape the future. Summing Up: Highly recommended.”—Choice 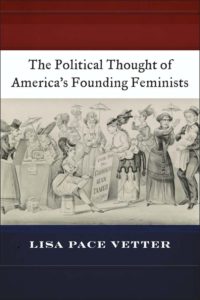 “Vetter’s chapters are gems. Any of them could be assigned in a course on American political thought, and perhaps that is part of Vetter’s objective of transforming the canon.”—American Historical Review

“Vetter looks beyond formal conventional modes of theorizing to consider women’s activism, as well as their speeches, letters, and the writings of their contemporaries. She includes nontraditional perspectives, such as the religious underpinnings of their activism and philosophies. The influence of these nontraditional perspectives illustrates her point that American political theory emerged from unexpected venues and diverse voices.”—Hypatia Reviews Online 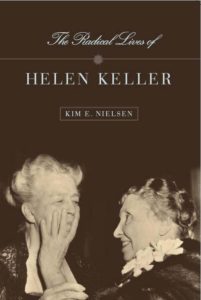 The Radical Lives of Helen Keller

“Nielsen has compiled an outstanding collection, including many letters and photos that are being published for the first time. And even if you didn’t grow up in Alabama, you may still marvel about how a little girl from Tuscumbia not only beat the odds but also blazed trails.”—Dallas Morning News

“The book’s compactness, straightforward writing style, and revolutionary approach make The Radical Lives of Helen Keller invaluable for both teachers and scholars. Keller would be delighted that Nielsen allowed her her Scotch.”—Journal of American History