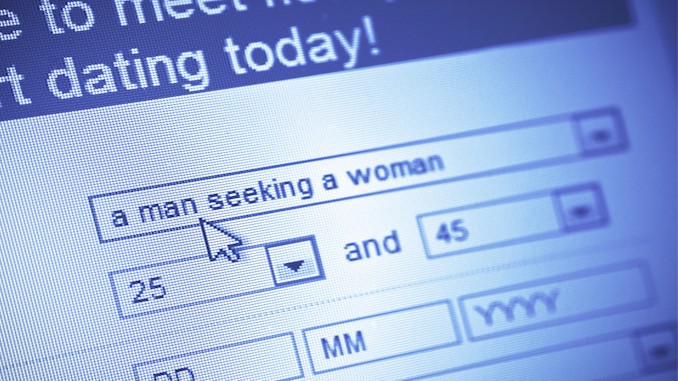 My husband and I have a cute “how did you meet?” story. It was my first day as a summer associate at a London law firm, and after work there was a reception for all the new associates. A few minutes after I arrived, I noticed a man at one of the tables who looked familiar. He soon came over to my table, and we started talking. We quickly figured out that we had both worked at the same courthouse in New York City the summer before. Although we had both noticed each other, we had never met. Three years later, we were married.

In 2003, the year my husband and I met, nearly all relationships began in person; today, that’s no longer true. The number of online dating sites is now too numerous to name, and current estimates suggest that more than 40 million Americans use their services. The stigma of meeting someone online is gone. There is, however, one glaring exception to this acceptance: mail-order marriage.

Using the internet to seek a spouse is still considered taboo. However, in my new book, Buying A Bride: An Engaging History of Mail-Order Matches, I explain why it is neither warranted nor desirable. Mail-order marriage has been part of the American marital landscape since the early 17th century, and it has provided significant benefits to thousands of men and women. And while the reasons men and women seek mail-order marriages have changed throughout the centuries, the use of this practice as a means to increase one’s marital options and thereby improve one’s situation through marriage has changed very little. It has often struck me as odd that a site like Tinder, which is frequently used as a platform for arranging sexual trysts, is widely accepted while internet sites geared toward arranging marriages are viewed with suspicion and disgust. When asked about this apparent disconnect, people typically describe marriage as “different.” They state that dating or even hooking up with strangers is one thing, but that there is something particularly worrisome about marrying a person you don’t know well.

As the recent fight for marriage equality demonstrated, Americans hold marriage in high esteem and frequently describe it the highest and most meaningful form of commitment two people can make to each other. Thus, this concept of marriage holds that marriage is something that requires serious thought and should not be the result a hasty decision. Yet while this view of love is widely held, it is far from the only view of marriage. Americans also believe love and marriage can happen quickly. This is why we devour shows like The Bachelor and Married At First Sight, shows built on the idea that you can find true love and marital happiness with someone you have just met.

As I discuss in Buying A Bride, the dislike of mail-order marriage has a complicated history, with psychological roots that go much deeper than simple discomfort with marrying a stranger. Modern views on mail-order marriage have been influenced by America’s complicated immigration history, its racial purity fears, and its desire to control female sexuality. Given this history, it is not surprising that despite the rise of both online dating sites and marriage sites, only the former has been met with widespread acceptance.

Today, newlyweds will often refer to online dating in their marriage announcements, but there is never a reference to mail-order marriage, which is still viewed as a strange and suspect way to meet a spouse. But if people can find happiness through sites like Supernatural Dating (for people interested in the paranormal), Salad Match (matching people according to their salad preference) and Purrsonals (for cat lovers) then there is little reason to think marriage broker sites should be any less successful. In fact, based on the limited statistics available, it appears that these matches are at least as successful, and probably slightly more successful, than traditional marriages. Finding a spouse can be hard, but having people accept your spouse shouldn’t be.

Marcia A. Zug is Associate Professor of Law at the University of South Carolina. She is the author of Buying A Bride: An Engaging History of Mail-Order Matches (NYU Press, 2016).