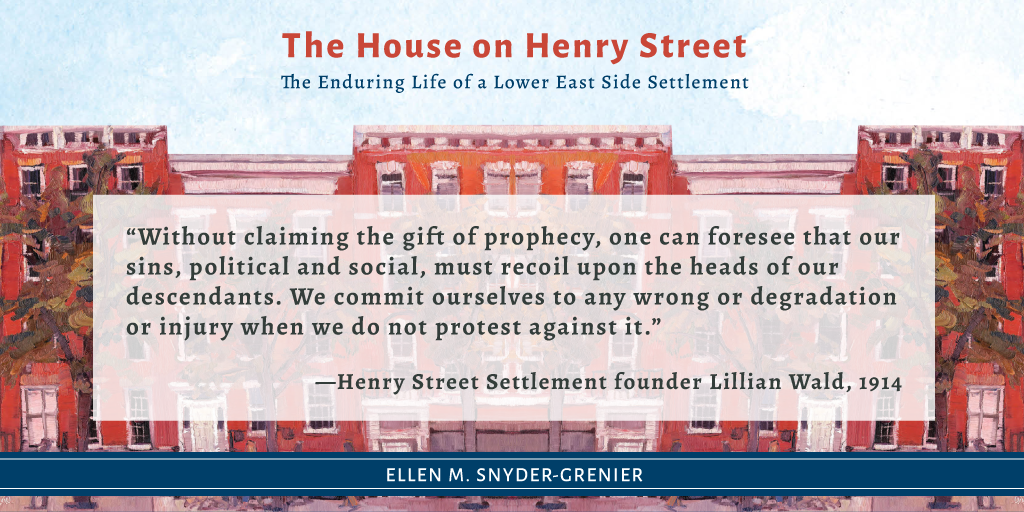 “Fighting the twin scourges of racism and poverty is in our DNA.”

In the midst of the global coronavirus pandemic, George Floyd’s death at the hands of a white police officer has focused the world’s attention on a pandemic with a centuries-long history: systemic racism.

For Lillian Wald, who founded Henry Street Settlement in 1893, racism was a public health issue writ large, and she confronted it publicly. As a founding member of the NAACP, she joined leading Black activists to lobby for action against injustice. She interceded when she saw police brutality. She tackled the impact of unrelenting racism on the wellbeing of New York City’s Black citizens by creating branches in the heart of the city’s largest Black neighborhoods.

Today, as it has through the years, Henry Street continues to challenge racism, its legacy, and its impact. On Manhattan’s Lower East Side—where poverty rates are among the highest in New York City and entrenched racism has created daunting roadblocks in access to jobs, education, health care, financial security, and housing—the Settlement is a friend and ally to those in need. Its robust social service programs in education and employment, health and wellness, transitional and supportive housing, and performing and visual arts aim to help remove racism’s formidable roadblocks, level the playing field, and open wide doors of opportunity.

As President & CEO David Garza reminds us, confronting racism and poverty is in Henry Street’s DNA. The Settlement has survived more than 127 years both because of its adaptability as an institution and because of the ingenuity at the core of its mission: the concept of brotherhood and of bringing diverse people together. It has also survived because the issues it was founded to address—poverty, inequality, racism, income disparity—still persist today.

In 1939, a year before her death, Lillian Wald shared a message that resonates in our troubled times. “My message,” she said, “is of the worthwhileness of love and fellowship and mutual respect for each other—the world over. It is an enduring faith.” May we all be guided by this enduring faith.

One thought on “A Message of Love and Mutual Respect”