New York City Mayor Bill de Blasio added another layer of controversy to this year’s St. Patrick’s Day season when he announced his decision to boycott the city’s parade because of its policy that prohibits homosexuals from marching under a separate banner. Undoubtedly many Irish Americans will dismiss de Blasio’s stance and possibly attribute it to his Italian heritage, but it will be more difficult, however, to overlook Boston Mayor Martin J. Walsh, who has threatened to boycott his city’s parade if gay groups are excluded. As the son of Irish immigrants, perhaps Walsh’s choice is shaped by St. Patrick’s Day parade traditions in Ireland, which are far more tolerant than the ones on this side of the Atlantic. Of course, the parades emerged in dramatically different contexts. 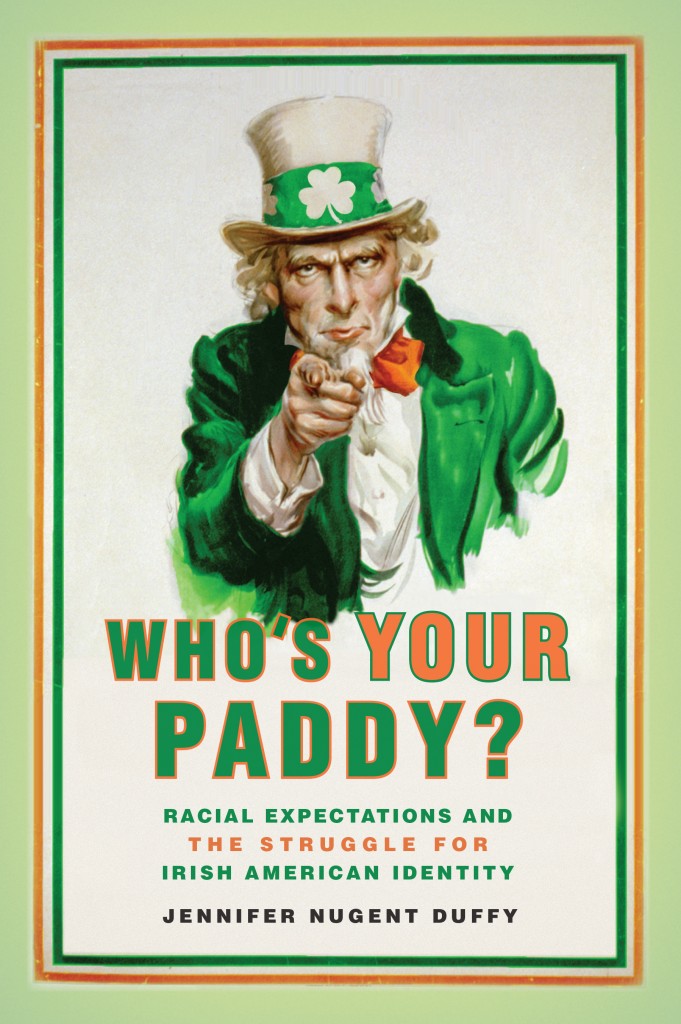 St. Patrick’s Day parades emerged in the mid-nineteenth century United States in a profoundly nativist and hostile climate.  The Irish—who began to arrive in the 1830s— witnessed church attacks and efforts by fraternal organizations like the Order of the Star Spangled Banner, or the Know Nothings, to bar the foreign-born from holding office. Anti-Irish sentiment only intensified as 1.5 million Irish people sought refuge in the United States from Ireland’s Great Famine. Here Irish immigrants faced resentment for their Catholicism, but also questions regarding their loyalty to the United States, as many remained committed to nationalist groups that sought to free Ireland of British rule.

As the United States became increasingly urbanized and industrialized, meager wages and industrial accidents made it difficult for Irish men to support their families.  As a result, the Irish had the second highest number of female-headed households in the United States. Yet Irish households were condemned as disorderly because they did not have the economic security to meet America’s middle-class domestic ideal of a wage-earning husband and a family-rearing wife. Furthermore, Irish immigrants transgressed America’s racial order by engaging in intimate relationships with Chinese immigrants and free Blacks in New York neighborhoods like the notorious Five Points in lower Manhattan. In political cartoons, Irish immigrants and African Americans were depicted as similarly repulsive to the American public.

The Irish response to this hostility was a mixed bag. They refused to yield in regards to their Catholicism, but demonstrated their loyalty to the United States by fighting in the Civil War. Unlike Chinese immigrants, the Irish could naturalize and vote, and they leveraged their political power to secure better-paying municipal jobs, which soon allowed Irish immigrants to form more traditional households. But they also learned to adhere to America’s racial order. Within a generation, Irish immigrants went from being attacked to participating in the 1863 Draft Riots, lynching free Blacks on the streets of New York City, and attacking interracial couples.  With these actions they made it clear that Irishness in the United States, meant white.

We see the legacy of this history in St. Patrick’s Day parade traditions in cities like New York. Parade leaders fiercely resist any displays that may challenge their religion or traditional definitions of marriage and family.  Adherence to conventional gender roles is also on display, as grand marshals are almost always male but also white. The Irish are so removed from liaisons with nineteenth-century free Blacks that African Americans with Irish surnames, like “Eddie Murphy,” are not considered Irish.  President Obama, who traces some of his ancestry to Moneygall, County Offaly, will probably never be asked to lead the parade in Manhattan (although I am sure that he would be welcomed at the St. Pat’s for All parade in Queens).

In marked contrast, displays of Irishness in the Republic of Ireland are not as firmly anchored in sexuality, gender, race or even ethnicity for that matter. Christine Quinn, New York’s first female and openly gay City Council Speaker, led the St. Patrick’s Day Parade in Dublin, as did Samantha Mumba, an Afro-Irish singer and actress. Drag queens are a popular presence in the Dublin parade and in local celebrations; it is not unusual for new groups, like Polish immigrants to participate under their own banners. Though St. Patrick’s Day initially was a religious holiday in Ireland, current parade practices indicate how traditions can and do change, often dramatically. Political independence and economic growth has shaped a parade tradition that is confident and encompassing, rather than defensive or exclusionary.

Though St. Patrick’s Day parades in the United States initially were formed by an unreceptive environment in which the Irish defended themselves from hostile nativists, parade leaders are still defensive—even though that hostility and fears about an Irish social, economic and political presence have dissipated.

Do we still need a parade defined by that experience? Though leaders speak as if the parade is under attack, the real threat stems not from the participation of Irish homosexuals but from the leaders themselves. Graying parade leadership suggests that their narrow definition of Irishness, so inflexibly grounded in the nineteenth century, is unappealing not only to Mayor de Blasio and other progressives, but also to young Irish Americans, who are conspicuously absent from the parade committee. Parade leaders take notice: if the St. Patrick’s Day parade tradition does not change, it may be doomed to extinction.

Jennifer Nugent Duffy is Associate Professor of History, Western Connecticut State University. She is the author of Who’s Your Paddy? Racial Expectations and the Struggle for Irish American Identity (NYU Press 2013).