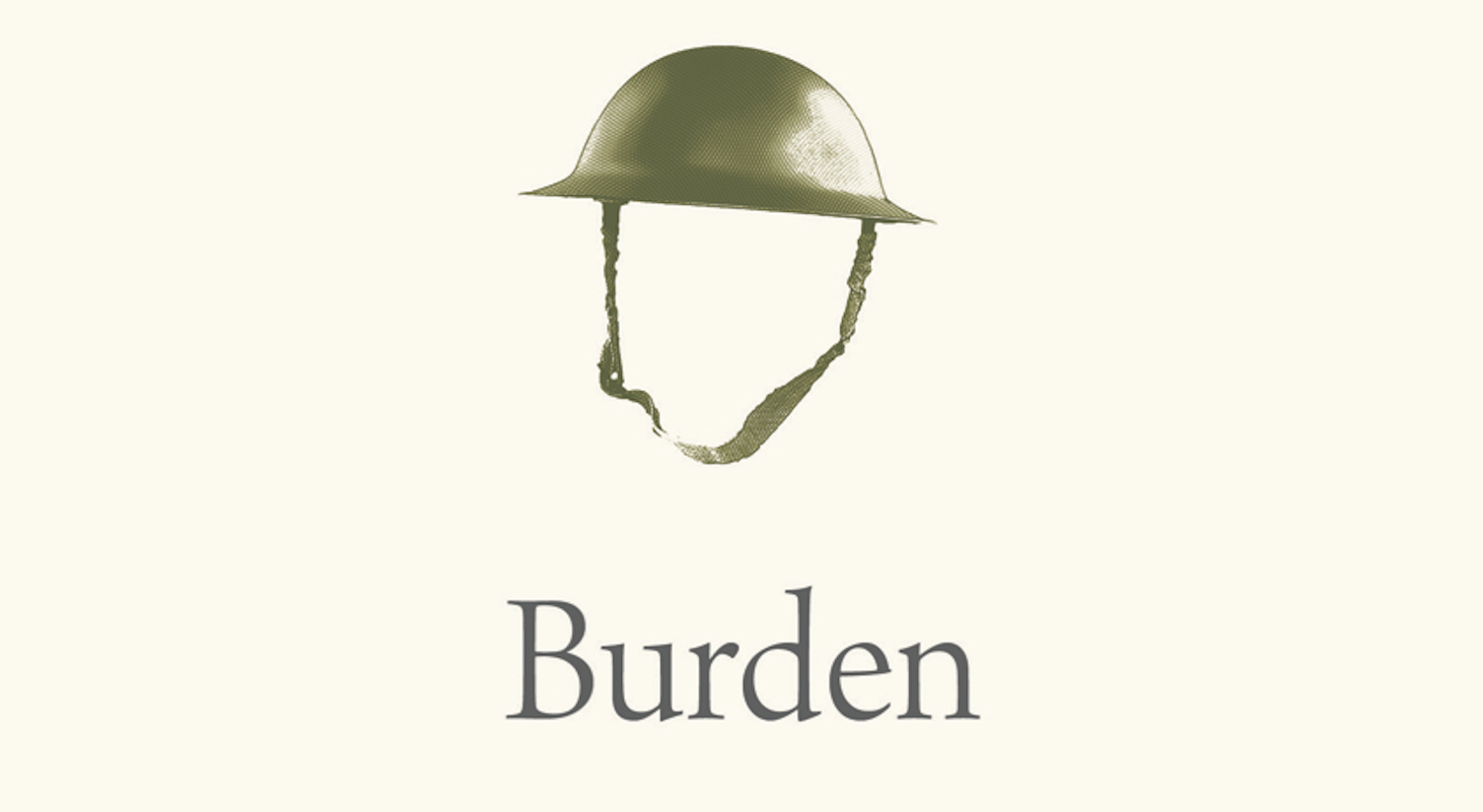 As November 11 approaches, and we acknowledge once again the last hour of the last day of “the war to end all wars,” as more wars rage and others simmer and flare up in various locations, we still surmise that dying in a rat-infested trench from poison gas must have been terrible and grotesque. It was certainly not as “sweet and fitting” as the Horatian ode about dying for one’s country suggested, so chillingly re-characterized as mendacious by Wilfred Owen. But would it not have been equally grotesque—perhaps more so–to have died tied to a post and shot as a “coward,” a “deserter,” by a dozen of one’s own comrades, as did over 300 young men, under the glorious banner of England and its Commonwealth? One of these young men was very young indeed: Private Herbert Burden was only 17 when he was “shot at dawn” for desertion. Burden, “shell-shocked” like countless others, we now recognize, was suffering from PTSD, or OSI (Operational Stress Injury), and ill-equipped to withstand the brutality and insanity of “The Great War.” Thus, Burden was shot—murdered, really—for nothing more than hyper-sensitivity. For him, and all those likewise executed, as hideous and unjust as their end would prove to be, it was an end. For those who survived the war but who had been forced to carry out these executions, under the threat of their own demise if they refused, many would have carried the weight—the burden—of their actions throughout the remainder of their lives. There would be no “post” aspect to their trauma.

Or so it seemed as I read the letters written in the trenches by a distant relative, Lieutenant Colonel Reginald Smith, which came into my possession a number of years ago.

Burden is my attempt at describing various elements of Reg Smith’s, a common soldier’s, gravid psychic condition; of illuminating the horror of his having partaken in such a cruel, criminal act. In doing so, my challenge was to create identifiable feeling and intellect out of vague, and sometimes unintelligible materials (Reg Smith’s letters, like most sent from the front, were heavily redacted), yoking them with other, more “reliable,” but second-hand accounts of specific battles and their consequences. The emerging goal, as the project unfurled, was to achieve lyrical intensity in a narrative elegiac form, without succumbing to sentimentality or sensationalism. I don’t mean that I simply sifted through mud-and-blood-splattered letters to create a mimesis of terrible and terrifying events—and of one atrocious event in particular, the execution of Private Herbert Burden—but to give voice and shape to the meditations of a ghost, and thus, hopefully, to the ghosts of all those who shared the same fate.

As with any work of historical fiction, especially if it is framed in verse, there must exist the tension of embellishment over against concision. And, to overcome “the insufficiencies of lyric” (Donald Davie’s phrase) in establishing that tension, and especially in capturing the thoughts of a man suffering from an intensifying dread, at a certain point I decided the book had to take on at least the structural features of prose. The book’s five sections, then, acting as chapters,  imaginatively recount Reg Smith’s experiences in battle, his wounding (physical and otherwise), his “recovery” from those wounds in Cambridgeshire, his return to active duty, his befriending of Burden, and finally his ordered and disastrous participation in Burden’s execution. These segmented sections overlap to become a montage of historical, political, moral and, most significantly, emotional gestures. The emphasis here should, however, be on the word imaginatively: Reg Smith’s letters and other material I read were, for me, mere impetus. Never having been in an active war zone (the closest I’d come had been in visiting Bosnia, twice, shortly after the cessation of hostilities in 1995 and 1998, to write The Killed, a book-length sequence of poems about the siege of Sarajevo), I relied almost exclusively on invention in Burden to serve as my offering to the dead and, perhaps, in Reg Smith’s case, to serve even as hope for his redemption. What I absorbed from the letters, then, despite their censors’ consistently frustrating redactions, was somehow the timbre of his voice. Reading between the lines of what he had written, and what was blacked out, I could imagine how that voice evolved during the year or so the letters spanned. I began to “hear” him speaking: at first a naïve, excited, adventurous voice that very quickly registered the shock of being plunged into the conflict, then a wounded, trembling one that welcomed the relief of convalescence, and then, upon his return to the fighting and Burden’s brutal punishment, a voice filled with anxiety, anguish, guilt, and shame.

Herbert Burden himself, though, demanded the last word. In the brief, final section of the book, set during the ceremony in 2001 commemorating and officially pardoning all those convicted, condemned, and executed by their own side, Burden hovers over his own likeness as the model for the sculpture “Shot at Dawn,” created by the artist Andy DeComyn. He tersely dismisses what he views as the British government’s long-overdue admission of culpability. His disparaging words, in all their disillusioned flatness, necessarily modulate the rest of the book’s more highly pitched emotional order. They are the fading, verbal echo of his fragility. Closing the book with such a shift in register, Burden’s words shade institutionalized versions of history with considerable suspicion. His poem, and the book, fall away, in a kind of muted minor chord.

Czeslaw Milosz once said that if a poet does not write poems that attempt to undermine the darker forces of the world, then “nothingness wins.” Milosz knew all too well that the nihilist impulse at the root of war—and therefore at the root of eliminating those who recoil from that impulse—is a concession to nothingness. I hope that in this light Burden can be read as a stand against that concession. And against nothingness. 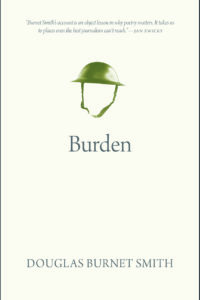 Burden is the story of a seventeen-year-old British soldier, Private Herbert Burden, who was shot for desertion during World War I. Read an excerpt here.

He was one of hundreds so executed. It is now understood that many had committed no crime, but were suffering from PTSD. Burden’s story is told in the voice of Lance Corporal Reginald Smith, the author’s uncle. The author discovered years later in a box of papers that his uncle, Lance Corporal Smith, had befriended Private Burden but then was ultimately commanded to join in the firing squad that killed his friend. This slim book reaches below standard indictments of war—it shows us that “terrifying,” “senseless,” “horrific” don’t go deep enough. To utter them, the eye must already be closing over. Smith’s account is an object lesson in why poetry matters. It takes us to places even the best journalism can’t reach. 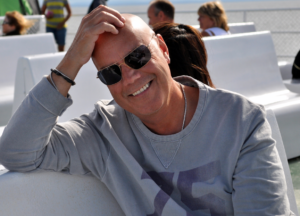 DOUGLAS BURNET SMITH is the GG Award–nominated author, and
Burden is his seventeenth book of poetry. He divides his time between Atlantic Canada and Athens, Greece. He is currently Writer-in-Residence for the Antikythera Archeological Dive Project on the island of Antikythera, Greece, and teaches in the English Department at St. Francis Xavier University in Antigonish, Nova Scotia.