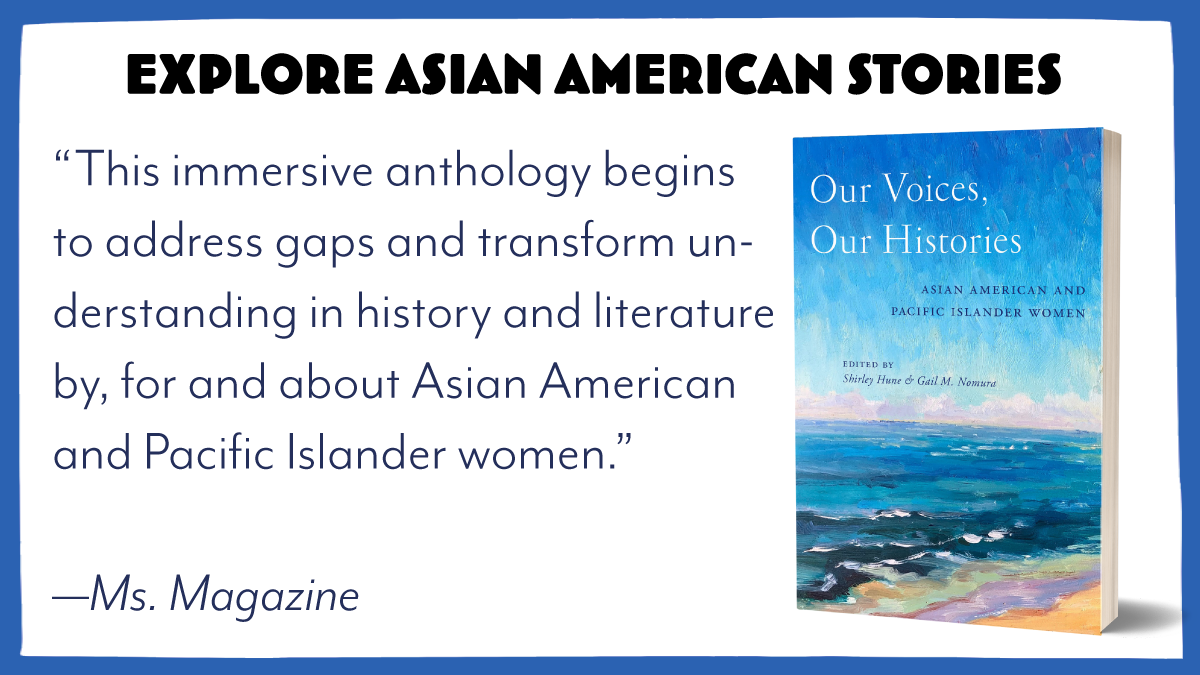 On March 16, 2021, Daoyou Feng, Hyun Jung Grant, Suncha Kim, Soon Chung Park, Xiaojie Tan, and Yong Ae Yue were working at spas in three different locations in the Atlanta area when a single gunman ruthlessly killed them. The next morning, 75-year-old Xiao Zhen Xie was brutally attacked while waiting at a traffic light in San Francisco’s Chinatown. Grabbing a nearby stick, she beat her assailant sending him to the hospital. These two events are among the many assaults, harassment, vandalism, name calling, and other incidents experienced by Asians of all genders, ages, and ethnicities in the rise of anti-Asian hate crimes in recent years.

The Atlanta murders disclosed the invisibility of Asian American women, their stereotyping as sexualized and objectified others, and the hardships of those who toil in marginalized jobs. Given the chance though suffering physical and emotional trauma, Xiao defended herself contradicting the belief that Asian Americans are inherently passive. How can all of us better challenge falsehoods of Asian American and Pacific Islander women’s docility and call attention to the complexities of their past and present experiences in the United States and elsewhere?

First, we recognize that there is no single encompassing Asian American and Pacific Islander women’s experience, yet there are common themes across their diverse groups, eras, and geographies. We frame the anthology around themes of (1) women’s agency – their goals, activities, initiatives, and strategies; (2) their resistance and resilience to racism, sexism, and other injustices, and (3) their identity formation along a life course that is fluid not fixed. These commonalities link Asian American and Pacific Islander women and the chapters together.

Second, Our Voices, Our Histories incorporates newer perspectives and approaches in U.S. and global history, Asian American and Pacific Islander studies, and women’s studies, such as empire, transnationalism, globalization, gender, and intersectionality, to document women’s disparities and changing roles, while revealing women’s agency, resistance, and resilience in their lives and identities. The large expanse of Asian American and Pacific Islander women’s histories covered –from the 1500s to the early 21st century –is a third distinction.

Fourth, chapters document the women’s lives, activities, and contributions beyond U.S. national boundaries as well as understudied groups within it. Relationships with historic homelands in Asia and the Pacific Islands—Guam, American Sāmoa, Tonga as well as Hawaiʻi—are included. There is also attention to overlooked U.S. regions, namely, women’s experiences in the American South, Midwest, and New England. Fifth, several chapters feature Southeast Asian and Pacific Islander communities, and diversities of class, religious background, sexuality, mixed race, generation, age, and others that are often understudied. A sixth contribution is the wide and innovative range of methods and resources that our authors adopt from traditional archives to ethnography, community resources, oral histories, digital media, and others to deepen and broaden research findings on women’s lives.

Finally, and most significantly, Our Voices, Our Histories prioritizes first-person accounts to convey the complex lives of Asian American and Pacific Islander women. There are voices of women who are indigenous, U.S.-born, immigrant, refugee, 1.5 and second generation, LGBTQ, mixed race, transnational, transracial adoptee, engaged in political action from grassroots to the U.S. Congress, experiencing trauma and healing, challenging race, gender role, and class constraints, and contributing to the empowerment of women and community uplift, among others. Pacific Islander women voice the importance of understanding indigenous worldviews, historical stories, oral narratives, cultural practices and values, and connections with deities and the land—counter to Western thought, which represses alternative worldviews and relationships.

For in order to truly learn women’s histories, we need to hear their voices. We must be respectful and really listen to the women, and not impose our ill-informed ideas. Scholars often speak of giving voice to subjects of their studies, but in this anthology, our authors are not giving voice to women, they are hearing and transmitting their voices, for the women have never been silent. Their voices reveal that they are contesting stereotyped mainstream views of them as invisible and irrelevant. They are, in fact, active agents shaping their own lives, intentionally and strategically, to influence their families, communities, nation, and the world and not subordinate, passive pawns of history, despite constraints. The powerful voices, dignity, humanity and agency of women are at the core of the histories we have presented in Our Voices, Our Histories. Similarly, we believe that the voices, dignity, humanity and agency of Daoyou Feng, Hyun Jung Grant, Suncha Kim, Soon Chung Park, Xiaojie Tan, Yong Ae Yue, Xiao Zhen Xie, and others impacted by the current and past anti-Asian violence who have so often been marginalized and rendered invisible must be recognized and documented. Their lives have meaning. 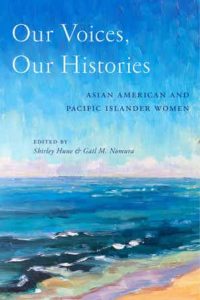 Shirley Hune is professor emerita of UCLA and the University of Washington. Her publications include Women’s Realities, Women’s Choices: An Introduction Women’s and Gender Studies, Asian Pacific American Women in Higher Education: Claiming Visibility and Voice, and others in Asian American historiography, Asian American and Pacific Islander education, international migrant workers, and the global politics of developing states. Gail M. Nomura is an associate professor emerita of American Ethnic Studies at the University of Washington.  Her publications include Nikkei in the Pacific Northwest: Japanese American and Japanese Canadians in the Twentieth Century among others. A historian, she has researched and published numerous works on Asian American history, Asian American women, Japanese Americans, and regional studies of the Pacific Northwest. They are the editors of Our Voices, Our Histories: Asian American and Pacific Islander Women, available from NYU Press.