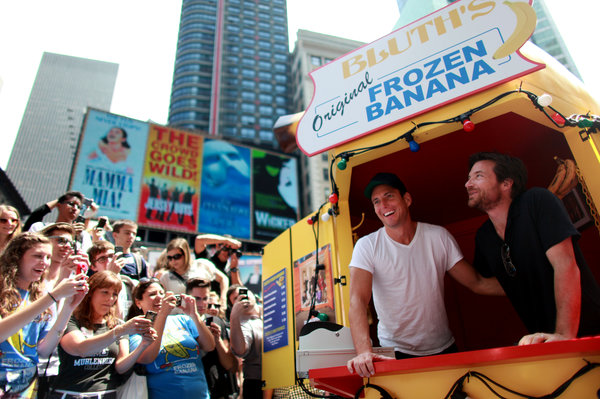 Amanda D. Lotz, author of The Television Will Be Revolutionized (NYU Press, 2007), snags a mention and a quote in a New York Times article today on the cult hit “Arrested Development.” The Emmy-winning show makes a long-awaited return on Sunday, starting a new life as a Netflix original series.

Check out the excerpt below.

For Netflix, “Arrested Development” is a way to make its 36 million subscribers happy and a way to sign up even more. In April, when the company released its first quarter earnings (revenues and profits were up by double digits), its chief executive, Reed Hastings, predicted that “Arrested” would be an “absolutely spectacular phenomenon.”

Amanda Lotz, a University of Michigan professor of communications studies, predicted an outcome like this in a 2007 book, “The Television Will Be Revolutionized.” By then, “Arrested” was off Fox. Ms. Lotz wondered if video-on-demand viewers in the future would buy a subscription for the show, given its cult hit status. The key, she said in an e-mail message this month, was “the emergence of alternatives to advertiser support.”

→ Read the full article: “Bananas, Anyone? The Bluths Are Back”