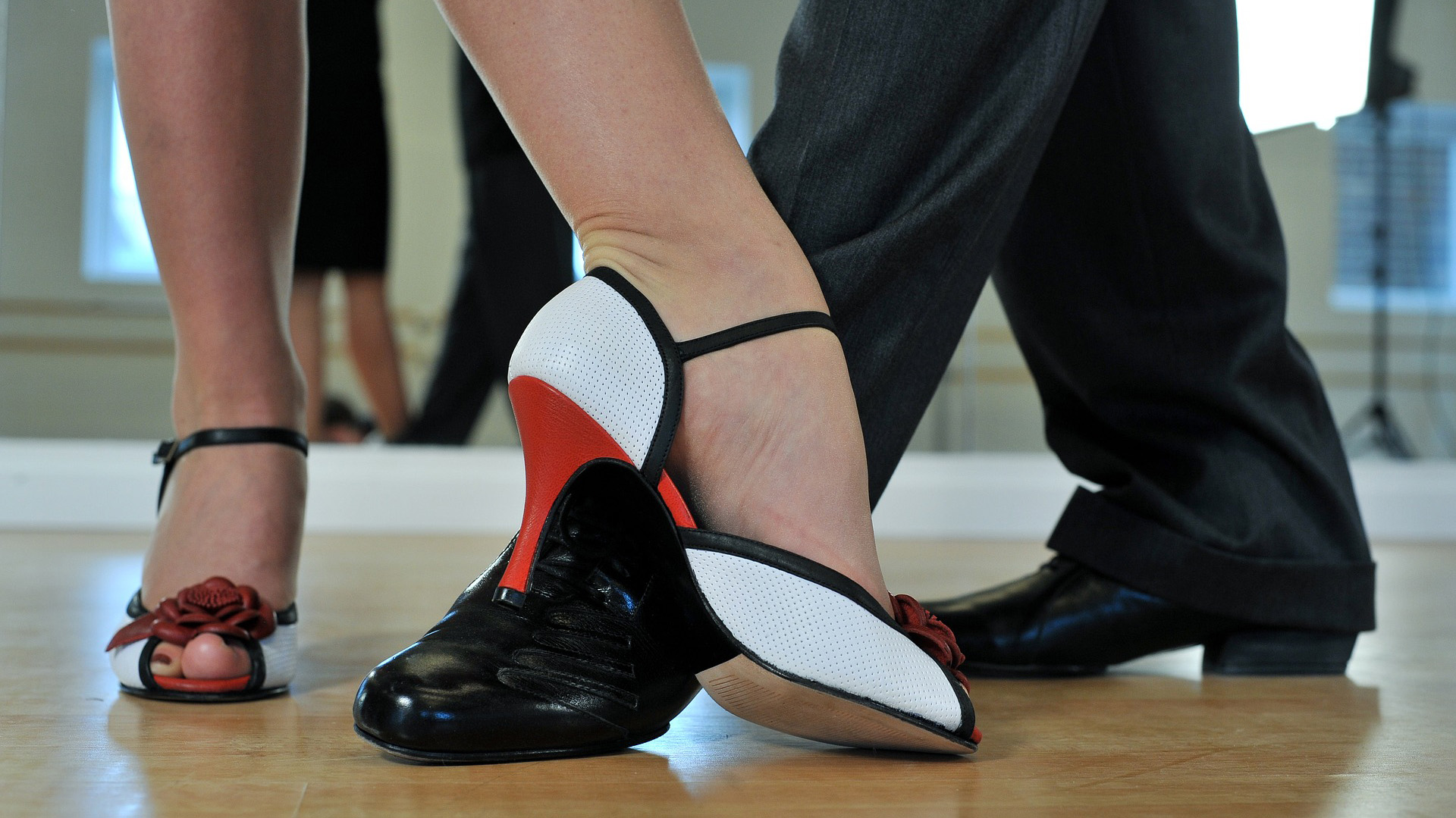 A recent article in the New York Times described the ways in which young women and men are remaking Argentine tango, the dance that seems to embody the rule that men lead and women follow. In tango, as practiced in milongas around the world, women wear cocktail dresses and very high heels. They sit across the floor from men and only dance when a man from across the room jerks his head towards them. The dance that follows is usually wordless. Dances last up to fifteen minutes: bodies press together, sometimes rules about touching below the waist are violated, and when the dance is over, the woman returns to her seat and the man moves on to fresh prey. The lyrics of the songs are frequently misogynistic, telling stories of women’s violent punishment for straying.

The Tango Feminist Movement seeks to upend this by allowing same sex couples to dance and by having partners learn to switch the lead and follow. This has liberated queer dancers, who have been frowned on at traditional milongas. It has allowed women to wear pants and to dance on the street for pleasure rather than money, and, more importantly, to complain when men act inappropriately.

The issue of intimacy in social dance is complex. I am more familiar with the world of ballroom and Latin dance than with Argentine tango, because I have had lessons for many years, participated in numerous competitions, and I interviewed many ballroom and Latin dancers, both amateur and professional, for my book, Dance With Me: Ballroom Dance and the Promise of Instant Intimacy. Ballroom and Argentine tango are connected, and one of the dances in ballroom competition is a version of the Argentine tango cleaned up in the 1920s by English dance teachers. They removed “dips, lift-ups, lifting of the feet, and other movements unsuitable in the ballroom.” Even so, in ballroom dance competition as practiced today, the ability to enact intimacy and even erotic behavior is judged in addition to technical competence, and each is equally as important to judges.

One of the attractions of ballroom is the opportunity for privacy in public. Where dances at milongas tend to be conducted in silence, at ballroom and Latin social dance parties the opportunity for brief intimate conversation abounds. Couples exchange intimacies with little or no oversight. This scandalized Victorian audiences when the waltz was first introduced into the dance salons of Europe and North America. Prior to that time, dance parties involved frequent changes of partners with only brief snatches of conversation available. In cities like New York, in the early twentieth century, the ballroom dance culture shocked many and led to dire warnings about the sin and degradation bound to follow young women who participated. No doubt, the opportunity for private conversations and flirtations in full view was part of the reason for the dance craze.

When I first learned to dance, as a teenager, I went dancing at my local ballroom in the North of England. Ballroom dancing was a place to meet boys, and also where you learned to flirt and how to please men. My pre-feminist brain took to these lessons avidly.  No doubt the young women of Argentina learned similarly. I also learned to judge men on the basis of their dancing skills. Those who could not dance in time to the music, or who trod on my feet, or who had smelly breath, were dismissed as viable partners—both on and off the dance floor. Those who talked to me and wanted to get to know me, as well as being able to dance, were encouraged.

By the time I went to university, ballroom dance was terminally uncool, so I reluctantly stopped and switched to the various dance fads that followed. Yes none required the enactment of romance. As a result, when I returned to the ballroom scene many years later, I found the performance of romance on the floor difficult. My teacher was the same age as my children, and when he gave me hot and heavy looks, my discomfort led to giggles. He brutally told me to “get over it” if I wanted to compete, so after 45 years of marriage, I once again learned how to flirt.

The issue of flirtation is a complex one in a world of the #MeToo movement and of frequent accusations of sexual harassment. Activities, which I assumed were harmless as a young woman, have become rife with menacing overtones, in the college classroom, at work, on the street and in all aspects of social life, such that the klutzy joking of Al Franken gets conflated with the danger of Harvey Weinstein.

In the ballroom world, the emphasis on flirtation has lent itself to a great deal of tolerance about sexual matters. For, example, one woman teacher I interviewed had a sign on her door to the effect that sexual harassment would not only be tolerated it would be judged. Encouraging students to develop crushes on teachers is good for business. However, where children are involved, the rules change. This is further complicated when adult teachers dance with teenage students. While the rules clearly state that decorum is to be maintained at all times, rules occasionally are broken.

For example, in the case of Thomas Maoli v. Greg Delekta, et al, Thomas Maoli sued the Fred Astaire Dance studio for what he deemed the inappropriate behavior of a dance teacher towards his daughter. The teenage daughter was seen kissing and holding hands with the teachers, wearing inappropriately sexy clothing and competing as an adult even though this is against the rules. The teacher clearly saw it as a marketing tool, and the girl’s mother spent thousands of dollars on the teenager’s lessons and competitions. She and her mother were led to believe that she could have a career in the world of ballroom if they spent enough.

We have a long way to go until we solve the problems of sexual politics. For most dancers, flirtation remains harmless, but, for some, it is a minefield of doubt and confusion. 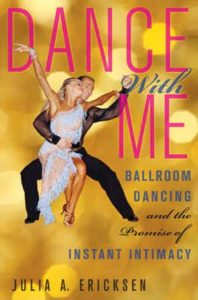 Julia A. Ericksen is Professor of Sociology at Temple University and author of Kiss and Tell: Surveying Sex in the Twentieth Century and Taking Charge of Breast Cancer.

Feature Image by Bernard-Verougstraete from Pixabay