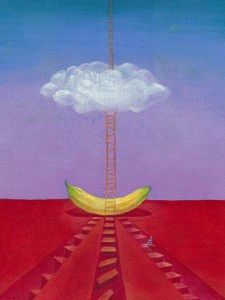 After extended efforts to clean up its awful image, in March 2007 the Cincinnati-based banana company Chiquita Brands pleaded guilty to the Department of Justice for paying $1.7 million to different Colombian terrorist groups between 1997 and 2001. The company paid both the right-wing paramilitary organization AUC (United Self-Defense Forces of Colombia) and the left-wing FARC (Colombian Revolutionary Armed Forces). Both organizations are included in the US list of international terrorist groups and are deeply involved in cocaine trade. Chiquita is the same company that in 2002 was named one of the top 20 “green stocks” by the Progressive Investor and in 2003 received the “Corporate Conscience Award” from Social Accountability International. In 2005, the company announced that 100% of its Latin American plantations had been certified to comply with International Labor Standards as well as with the environmental standards established by the Rainforest Alliance. According to the company, these were the results of a new corporate Code of Conduct consistent with the currently in vogue term “corporate social responsibility.” At the present time, almost no big multinational fails to have a section on “Corporate Social Responsibility” in their Annual Reports, and business schools are increasingly producing scholarly material or creating courses on corporate ethics and social responsibility.

This revelation did not mark the first time Chiquita was found guilty of corruption in the midst of strenuous image campaigns. In 1970, the company’s president Eli Black announced a new era of more enlightened relationships with its Latin American providing countries. But in 1975, this experiment collapsed as badly as the most recent one, when the SEC discovered a bribery scheme the company organized to receive tax benefits in Central America. Shortly before this investigation became public, Black committed suicide. So much for image improvement.

Chiquita’s attempts to show itself as a “good corporate citizen” are not purely the result of fashion in business and the academy, but rather stem from the company’s own attempts to manage its historical image as the best representative of imperialism in Latin America. This company (previously known as United Fruit) has operated in Latin America for more than a century. The term “Banana Republic,” coined by O Henry, was inspired by United Fruit’s operations to describe a backward and poor country ruled by a military dictator propped up by an American multinational. The company’s conspiracies in the local politics of the banana producing countries inspired the works of three Nobel laureate writers: Pablo Neruda, Miguel Angel Asturias, and Gabriel García Márquez. “Che” Guevara decided to follow the revolutionary path after personally witnessing the CIA-backed 1954 military coup against Guatemalan President Jacobo Arbenz, who tried to expropriate United Fruit lands for an agrarian reform.

I spent several years researching Chiquita’s operations in Colombia and traveled to the region of Urabá, where most Colombian Chiquita bananas are produced. Urabá had been fiercely contested by the FARC guerrillas (who informally allied with the labor unions) and the right-wing paramilitary (who killed many union members and left-wing activists). By the time I went there the guerrillas had been recently ejected from the area by joint paramilitary and Army efforts. Despite the violence, Chiquita seemed to be operating smoothly. According to the managers and union leaders I talked to, this was because of the improved labor relations. They mentioned that they had learned that fighting each other did not benefit either side, so they decided to work together for the benefit of the banana industry. However, one union member also added, “but if there is any Communist around, he’s either dead or he is hiding really, really well.” The better labor relations came at a high cost in human lives.

As a professor of International Business, I’m constantly challenged by my students who wonder what they should do in a situation in which being good corporate citizen conflicts with doing what is best for shareholders. Are corporate social responsibility programs the result of a legitimate concern by the company on human rights and environmental destruction? Or are they just lip service to avoid having to deal with annoying NGOs whose actions can affect the stock price? Chiquita’s actions only generate skepticism towards good measures announced by multinationals, not to mention the effects on US international relations. The timing of this event could not have been worse, just days after the feeble attempt by President Bush to improve the US image in Latin America with the tour he made in the region where he was greeted with anti-US demonstrations. During the 2008 presidential campaign, president-elect Barack Obama argued that he would not support a free trade agreement with Colombia as long as assassinations of union leaders continued. Colombian paramilitary (the organizations receiving payments from Chiquita) are believed to be behind many of these assassinations. A decisive action by the Obama administration against not only the Colombian government’s permissiveness towards the paramilitary, but also the American multinationals providing them with funds would give the US government a credibility in the region as a defender of human rights it has never had in the region. Global capital in itself is currently under strong criticism in Latin America by new political movements, as the administrations of Hugo Chávez in Venezuela and Evo Morales in Bolivia show. Talking about “corporate social responsibility” while paying terrorists on the side will certainly not help to generate more credibility towards the system currently challenged by the Left- Latin American leaders. Events like these are only making the term “corporate social responsibility” the latest fashionable oxymoron.