On this eve of the 2012 presidential election, the victor and final outcome remain, of course, unknown to us. Yet independent of tomorrow’s Electoral College tally, a number of campaign patterns and marketing trends already seem triumphant. Presidential contests offer the country, among many other things, a quadrennial opportunity to take stock of the state of media, technology, and culture. And irrespective of issues—looking purely at the playing of the game—the 2012 cycle will likely be enshrined in collective memory for its speed, fragmentation, and use of data. 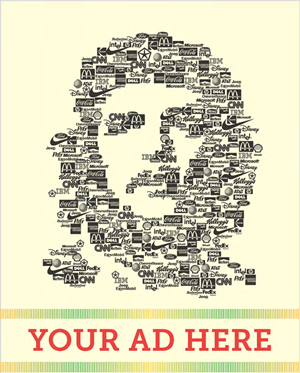 The acceleration of news cycles is, by no means, a phenomenon unique to 2012—sound-bites that lasted, on average, an upwards of 50 seconds in the late 1960s had already shriveled to a mere ten by 1992. Yet in this campaign season, Twitter assumed a key role by further increasing velocity and abridging exposition. Moreover, as the “second screen” site for much social TV-watching during the conventions and debates, it offered an opinion-leader, focus group monitoring tool for campaign staff to gauge conventional wisdom as it took shape in real time. And that medium may, in fact, be handicapping the message and, in turn, the potential for thoughtful policy: As Herman Cain’s director of new media quipped, “Mitt Romney’s 59-point plan can’t fit in a tweet.” But “9-9-9” (pizza discount that it may sound like) needs just five characters to convey tax plans—nuance be damned.

The single most symbolic quote of the election was neither “47%” nor “You didn’t build that,” but arguably a Romney pollster’s intimation that, “We’re not going to let our campaign be dictated by fact-checkers.” And, lo, how both camps could! Even as the press redoubled its fact-checking brigades—including a heroic on-the-spot effort by CNN’s Candy Crowley in the second debate—the capacity of voters to nuzzle in their own fragmented information cocoons meant that campaigns rarely paid the price for playing fast and loose with truthiness. “We don’t collect news to inform us. We collect news to affirm us,” GOP operative Frank Luntz aptly articulated. And with a media whose bias is more toward conflict (be it stupid or substantive) than left or right, and an online space that prizes speed over accuracy, citizens had increasingly fewer arbiters of a common political reality. As an Obama 2008 staffer distressingly noted, “research from campaigns has essentially replaced investigative reporting.”

But perhaps the defining feature of marketing strategy in 2012 has been the sophisticated use of voter data and statistical modeling to persuade and mobilize the electorate. Between hypertargeting via browser cookies and extensive online tracking operations, there is a potential for the granular customization of politics: “Two people in the same house could get different messages… Not only will the message change, the type of content will change,” boasted Romney’s digital director. Moreover, many of those political messages may well deliberately filter in through social networks, both online and off, as campaigns strategize “if, say, a phone call from a distant cousin or new friend would be more likely prompt the urge to cast a ballot.”

As I argue in Your Ad Here, my forthcoming book from NYU Press, the commercial side of the marketing industry has been grappling with many of these patterns and initiatives for years: faster communication environments, fragmenting audience niches, and grassroots scheming through social media. Tomorrow’s winner may well have navigated these challenges successfully through the election season, but the game changes on November 7. You can campaign in poetry in less than 140 characters; governing in prose takes a wider medium.

Michael Serazio is Assistant Professor of Communication at Fairfield University and the author of Your Ad Here: The Cool Sell of Guerrilla Marketing (NYU Press, 2013).