In celebration of American capitalism, we’ve thrown together a promo for your Black Friday / Cyber Monday / American buying spree. Use promo code “25BF2018” (active now until 11/30/2018) when you order books online at www.nyupress.org for 25% off and free domestic shipping! Check out the titles below which we think would be great gifts for friends, colleagues, that pesky uncle you never know what to buy, or even just a little post-shopping treat yo’ self. 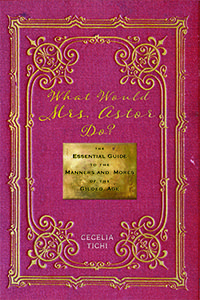 What Would Mrs. Astor Do?

Wherever she went, Mrs. Astor made her judgments, dictating proper behavior and demeanor, men’s and women’s codes of dress, acceptable patterns of speech and movements of the body, and what and when to eat and drink. The ladies and gentlemen of high society took note. “What would Mrs. Astor do?” became the question every social climber sought to answer. And an invitation to her annual ball was a golden ticket into the ranks of New York’s upper crust. This work serves as a guide to manners as well as an insight to Mrs. Astor’s personal diary and address book, showing everything from the perfect table setting to the array of outfits the elite wore at the time. Channeling the queen of the Gilded Age herself, Cecelia Tichi paints a portrait of New York’s social elite, from the schools to which they sent their children, to their lavish mansions and even their reactions to the political and personal scandals of the day.

“Tichi delivers a crisp survey of New York’s upper-class world in the late 19th century, using society maven Caroline Astor as the guide… Presented with a breezy authority that keeps the pages turning, Tichi’s book will captivate those interested in a light look at America’s fashionable gentry of eras past.”—Publishers Weekly

“Davis’s solution-oriented Beyond Trans is a necessary voice in current debates about the administration of sex and transgender identity. From the infamous bathroom bills to cis citizens’ objection to financing the medical expenses of trans military personnel (the specter of which Donald Trump backhandedly invoked during his transgender ban tweets), to women’s colleges determining that sex-segregation and defining the boundaries of womanhood were necessary to a feminist project of education, Davis’s book offers applicable solutions and applies the knowledge gained from the positionality of trans, intersex, and non-binary viewpoints.” —Los Angeles Review of Books 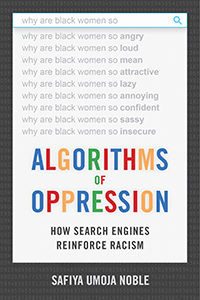 This book challenges the idea that search engines like Google offer an equal playing field for all forms of ideas, identities, and activities. Data discrimination is a real social problem; Noble argues that the combination of private interests in promoting certain sites, along with the monopoly status of a relatively small number of Internet search engines, leads to a biased set of search algorithms that privilege whiteness and discriminate against people of color, specifically women of color.

“Algorithms of Oppression is a wakeup call to bring awareness to the biases of the internet, and should motivate all concerned people to ask why those biases exist, and who they benefit.”—New York Journal of Books 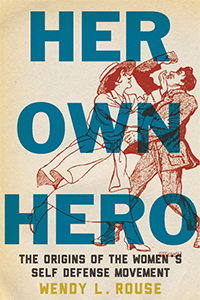 The Origins of the Women’s Self-Defense Movement

It is nearly impossible in today’s day and age to imagine a world without the concept of women’s self defense. Some women were inspired to take up boxing and jiu-jitsu for very personal reasons that ranged from protecting themselves from attacks by strangers on the street to rejecting gendered notions about feminine weakness and empowering themselves as their own protectors. Women’s training in self defense was both a reflection of and a response to the broader cultural issues of the time, including the women’s rights movement and the campaign for the vote. Perhaps more importantly, the discussion surrounding women’s self-defense revealed powerful myths about the source of violence against women and opened up conversations about the less visible violence that many women faced in their own homes. 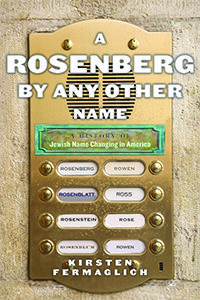 This first history of name changing in the United States offers a previously unexplored window into American Jewish life throughout the twentieth century. A Rosenberg by Any Other Name demonstrates how historical debates about immigration, antisemitism and race, class mobility, gender and family, the boundaries of the Jewish community, and the power of government are reshaped when name changing becomes part of the conversation. Ordinary Jews were forced to consider changing their names as they saw their friends, family, classmates, co-workers, and neighbors do so. This book ends with the disturbing realization that the prosperity Jews found by changing their names is not as accessible for the Chinese, Latino, and Muslim immigrants who wish to exercise that right today. 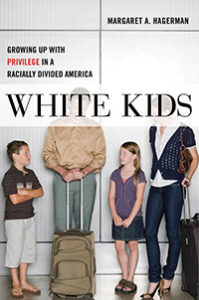 Growing Up with Privilege in a Racially Divided America

By Margaret A. Hagerman

Featuring the actual voices of young, affluent white kids and what they think about race, racism, inequality, and privilege, White Kids illuminates how white racial socialization is much more dynamic, complex, and varied than previously recognized. It is a process that stretches beyond white parents’ explicit conversations with their white children and includes not only the choices parents make about neighborhoods, schools, peer groups, extracurricular activities, and media, but also the choices made by the kids themselves. By interviewing kids who are growing up in different racial contexts—from racially segregated to meaningfully integrated and from politically progressive to conservative—this important book documents key differences in the outcomes of white racial socialization across families. And by observing families in their everyday lives, this book explores the extent to which white families, even those with anti-racist intentions, reproduce and reinforce the forms of inequality they say they reject.

“White Kids brings to mind two words: must read…She puts forth a crucial analysis on the ‘well-meaning,’ ‘colorblind’ racism that her subjects perpetuate, stripping down the coded language of suburbia until it reveals the ugly truth underneath.” —STARRED Foreword Reviews