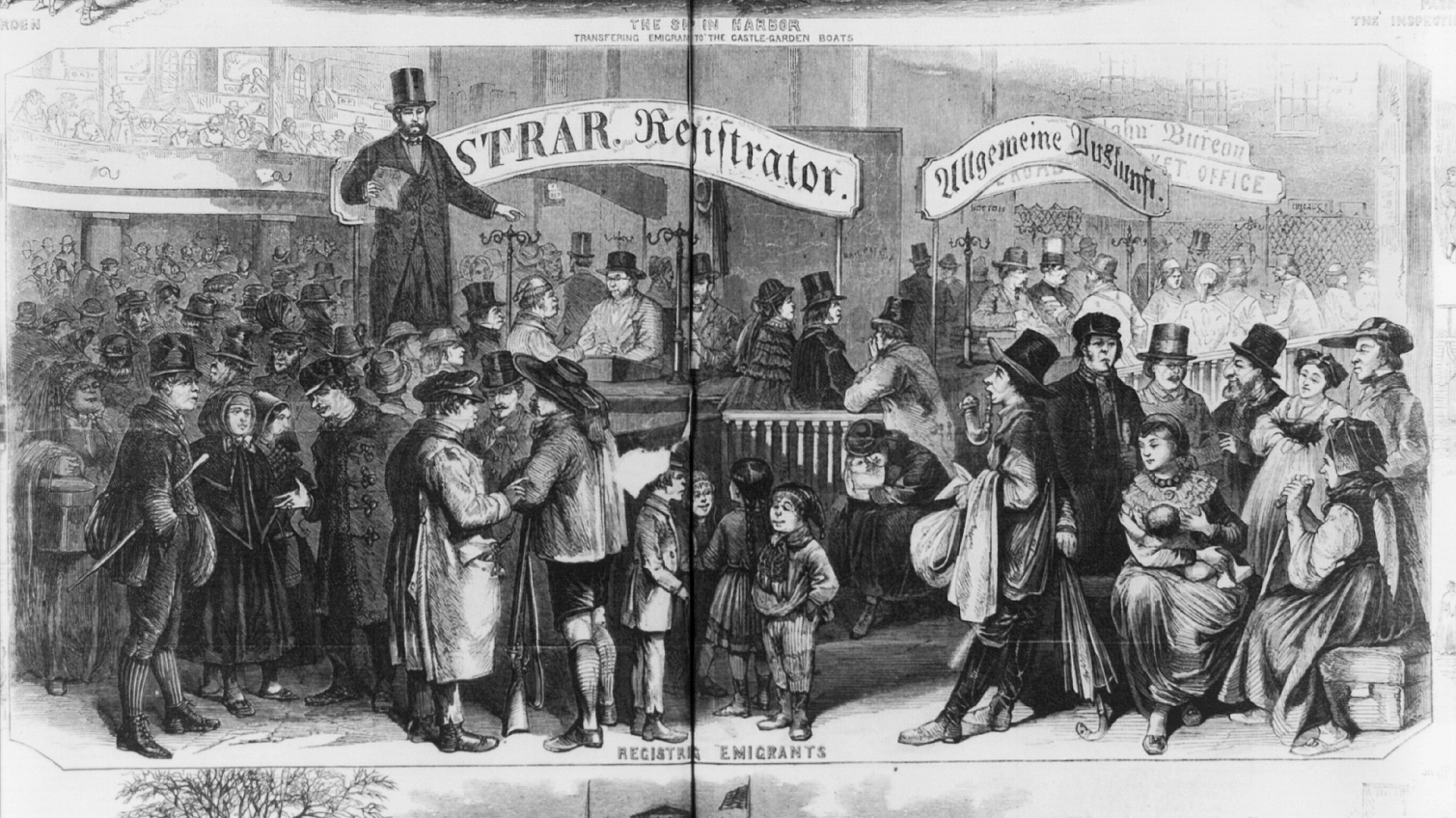 Scholars of migration have been vocal in urging the field to break with methodological traditions that have made movement across national borders – immigration – the privileged focus of study. There are ample reasons for heeding this call. One compelling argument for doing so is to better connect two fields, black history and immigration history, which are too often kept separate.

In the United States, prior to the 1880s the federal government had no role in restricting the entry of European immigrants. Where controls existed, they were implemented by states. In contrast, throughout the nineteenth century the federal government participated in the forced removal and relocation of indigenous peoples. With the 1850 Fugitive Slave Law, it asserted its power over the interstate movement of enslaved persons by criminalizing on a national basis acts that abetted the escape of enslaved persons labeled “fugitives” and “illegal” migrants.  From the vantage point of the present, it makes sense to situate present-day demands for sanctuary cities on a timeline that highlights abolitionists’ resistance to what they deemed were the unjust and immoral federal migration laws of their era. (Historian H. Robert Baker makes this argument in enlightening detail.)

In my book, Brokering Servitude, the Bureau of Freedmen, Refugees, and Abandoned Lands’ (the Freedmen’s Bureau) involvement in placing black women and children as servants in Northern homes is treated as a case study in migration policy history. It reveals the deep-seated racial biases that informed American attitudes toward government-assisted relocation.

By 1867, the District of Columbia’s population included 38,663 free blacks, two-thirds of whom were wartime arrivals. In the three years following the War, the Freedmen’s Bureau would place an estimated five thousand agricultural and domestic workers from Washington in cities and towns north of the Mason-Dixon Line.

While some bureau officials empathized with the plight of black refugees who were reluctant to move to distant and unknown locations, many believed that formerly enslaved individuals needed to be induced into working, and that coerced relocation was a key tool to accomplish this. As relief recipients, black refugees in Washington had to accept the positions lined up for them by bureau officials, or lose assistance. In April 1867, for instance, a Freedmen’s Bureau agent in Baltimore wrote to colleagues in Washington to inform them that he had “deported” five women from the city who were previously reported to have been “lost in transit” on their way to domestic jobs in New Jersey. Not only were these women barred from staying in Baltimore – where they were subject to arrest and incarceration as vagrants – they were no longer eligible to receive public assistance in Washington either.

Despite the bureau’s stringent regulations on entitlement to relief, white Americans still questioned whether the federal government should have any role at all in assisting black migration. In January 1864, dissenting members of the House of Representatives’ Select Committee on Emancipation cautioned against the creation of a Freedmen’s Bureau with the authority to determine how free labor was contracted. Committee members contended that assistance in this area would only function to highlight free blacks’ alleged failures in self-governance. To help was to harm. As they noted:

A proposition to establish a bureau of Irishmen’s affairs, a bureau of Dutchmen’s affairs, or one for the affairs of those of Caucasian descent generally, who are incapable of properly managing or taking care of their own interests by reason of a neglected or deficient education, would … be looked upon as the vagary of a diseased brain.

In practice, however, public assistance was extended to European immigrants arriving at Castle Garden, albeit through New York state rather than the federal government. Then again, the whole problem was that individual states refused to step forward to help black refugees. From 1850 to 1867, the government-backed Irish and German mutual aid societies at Castle Garden doled out various forms of relief and assistance to 44,966 destitute immigrants. This included money for travel to locations where job markets were deemed more favorable. Whereas the Freedman’s Bureau was seen as spoiling “lazy” black refugees, the assistance offered at Castle Garden was portrayed as a practical way to aid deserving white immigrants.

Putting black history and immigration history into conversation with each other is not merely an academic exercise in comparison. In the U.S., migration policies were developed and debated with both internal and external migrants in mind.

Andrew Urban is Assistant Professor of American Studies and History at Rutgers University and the author of Brokering Servitude: Migration and the Politics of Domestic Labor during the Long Nineteenth Century (NYU Press, 2017). You can follow him on Twitter @AndyTUrban.