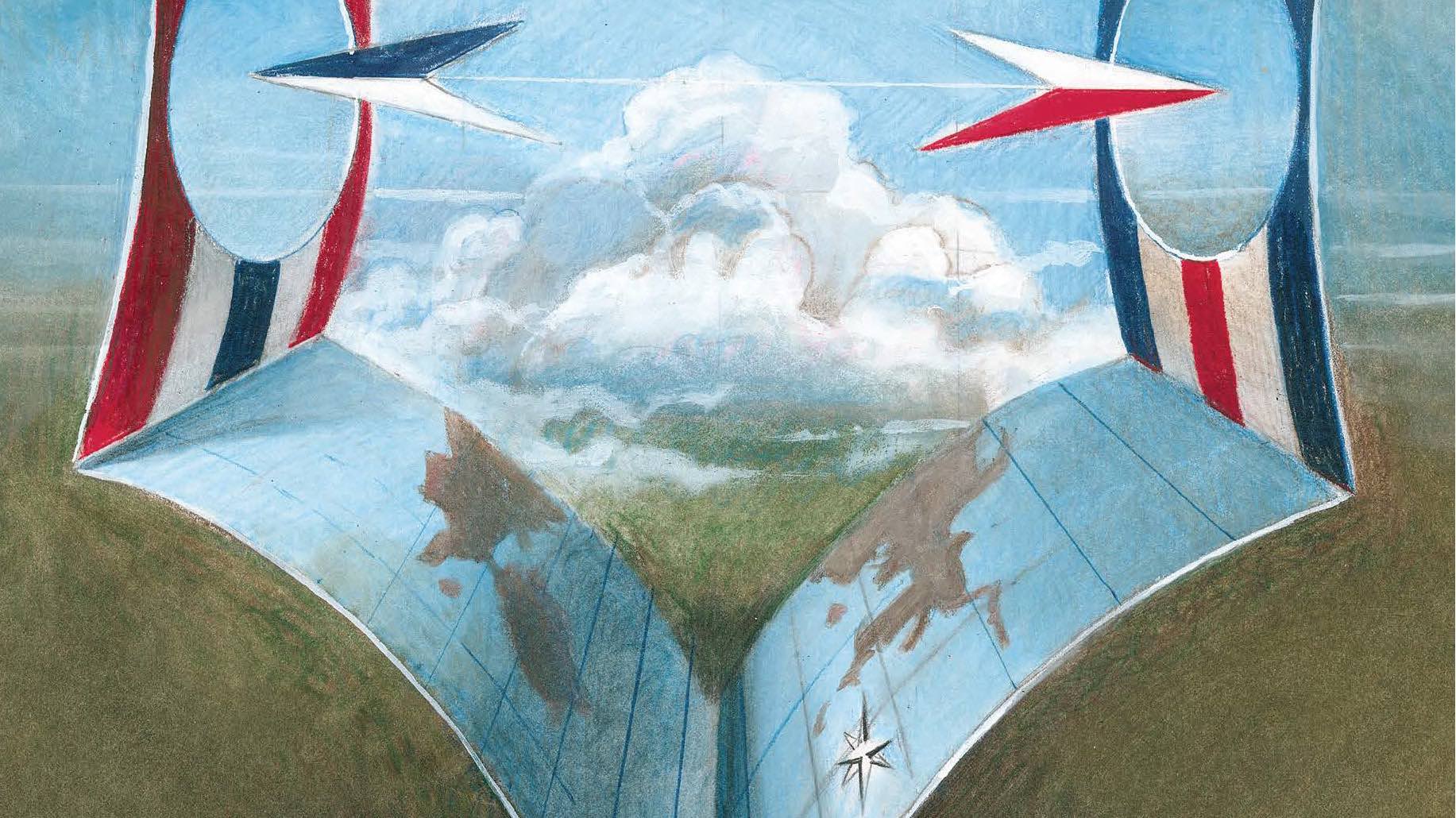 Like so many of us, I first saw Ryan Coogler’s Black Panther on the Friday that it opened in the United States.  Unlike so many of us, I sat in a somewhat empty theater.  (To be fair though, I did attend a 3:00 p.m. IMAX showing in Maine.)  A few people, myself included, stood momentarily in the aisle or on its stairs and scouted seats.  Others cut across the stadium-style rows, scanning the room while they looked for and then settled into bolted-down, high-back black recliner chairs, which they had no trouble finding.  The familiar pre-movie hubbub of jackets rustling, phones calling, a gaggle of friends nattering away, crunches and slurps, kisses, and “excuse me/excuse you” gestures, was barely there.  In palpable quiet, I waited. I watched.

The lights dimmed, signaling the start of the show as they faded, like a blaring siren.  On the screen, a handful of commercials ran, a recruitment video for the United States Air Force among them.  When they ended, one or two coming attractions started to play. Several minutes later, they were done. Finally, the movie began.

Black Panther is a thematically rich, vibrantly creative film.  The real matters that it requires audiences to bear in mind and confront are manifold.  They include the transatlantic slave trade and its long-term effects; the everyday lives of black people, particularly those of working-class boys who become men in the urban United States, circa the early 1990s to today; the rough and wondrous edges of kinship and skinship – the shared historical ties that bind and the divergent ones that unravel race as a monolith – in the African diaspora; black girl magic.  The imagined realities that it insists viewers lay eyes on and consider home in on a prosperous, technologically superior, natural resource rich, never been colonized (fictional) country in Africa called Wakanda. There, is a kingdom, is a nation; are traditions, innovations, scientific marvels and machine-driven feats, natures held in high regard; is where women are unapologetically brilliant and unflinchingly strong; is a where without whiteness; is black genius.  In Wakanda, “extraordinary possibilities” are realized, whereas in reality the process of colonization had them “wiped out.”  As Aimé Césaire reminds us, colonization resulted in what it caused: “societies drained of their essence, cultures trampled underfoot, institutions undermined, lands confiscated, religions smashed, magnificent artistic creations destroyed, extraordinary possibilities wiped out.” 1

On occasion, such possibilities are both realized and almost eliminated in Wakanda.  The dream of black flight in general, and a black invented, owned, and operated air transport system of cutting-edge design in particular, are two of them.  To be clear, Black Panther is not a movie about air power, although aircraft and the airborne mobility they afford are most certainly part of the story it tells.  It is, however, a movie about planes – the ancestral plane, the earthly plane, and the creative plane, to be precise.

As an anthropologist and historian, I have researched and written about race and flight in the black Atlantic world for nearly two decades.  I have argued that race and racism were central to the advent and advancement of modern aviation, as were the interlocked processes of imperialism, capitalism, segregation, and supremacy.  Given my interests, it is hardly surprising that I would pay close attention to the portrayal of air travel in Black Panther.  What is surprising is the fact that the end of the movie was at hand before I finally did.

Aircraft appear time and again in the film.  Some of them are real; in other words, they are actual machines in our physical world.  They tend to fade into the background. Early fighter airplanes in action turn up in the opening scene, recalling one or both of the world wars, as they dart across the screen.  Later, helicopter rotor blades whirling overhead cut through the night sky. Erik Killmonger, the intended antihero, kills the villainous Ulysses Klaue and some of his crew, as well as his own girlfriend, in an aircraft boneyard.  Afterwards, he arrives on the outskirts of Wakanda, walks across a field, and presents himself to the Border tribe: he speaks with W’Kabi, the security head for the country, with an airplane parked behind him and Klaue’s corpse wrapped and in tow.  (In all likelihood, Killmonger had flown them to Wakanda.)

The other aircraft that appear in the film are Wakandan.  They are Afrofuturistic; that is, they are black technological marvels made through the black imagination for (the) real.  They remix and are remixes of invocative visions of the future, past, and present. Unlike the actually existing chopper and airplanes in the background, these black-envisioned high-tech fantastic flying machines are decidedly present on screen.  There are four types of Wakandan aircraft, each one a cut above their inferior non-Wakandan counterparts.  Almost all of them can takeoff and land vertically. Arguably, there are flying cars. There is a public maglev transportation system.  There are Talon Fighters and Dragon Flyers, which are reminiscent of F-series fighter jets and military attack helicopters respectively.  There is a head of state airplane: the Royal Talon Fighter. According to the film’s production designer, Hannah Beachler, it is the Wakandan version of Air Force One.  Its body is state of the art: the exterior design of the fuselage’s top is based on a traditional African mask. 2  Together, the aircraft of Wakanda are “extraordinary possibilities” built up.  It is a processual undertaking that takes place over the course of the movie.

A sequence of events threatens to annihilate them.  In the second half of the film, Killmonger, who is both African-American and Wakandan, attempts to claim what he understands to be his birthright – the Wakandan throne.  To do so, he must oust King T’Challa (aka the Black Panther). First, he tries ritual combat. Then, he causes or, at the very least, engenders an all-out civil war. Its violence is the star of the film’s climactic battle scene.  Within it, Wakandan aircraft play a role that is two-faced or two-pronged, depending on how you look at it. They are used in the struggle for global black liberation. They are used in the tearing apart and supposed saving of a black nation-state, which is also the global superpower in every sense of the word.  Of the aircraft deployed for the latter, the Royal Talon Fighter is key. It is central to the outcome of the war. Everett Ross – a CIA agent, former United States Air Force pilot, and King T’Challa’s ally – flies it remotely. He is one of the few white characters in the story. He takes to the controls of the Royal Talon Fighter; I began to pay close attention to aviation in Black Panther.

Before that I was preoccupied with the movie’s warring views on black diasporic, African, and African-American relations.  N. D. B. Connolly and Christopher Lebron have discussed powerfully the extent of Black Panther’s challenge to conventional representations of race, ethnicity, gender, class, and national identity.3  Without a doubt, the political and other cultural work of these representations matter.  But the sensation and experience of seeing the visuals and hearing the audio affected and absorbed me, as I watched the film.  By the time the final battle scene was underway, how I was feeling about what I was seeing unsettled me, especially in regard to the depiction of the complex politics of global blackness.  The image of a white, ex-Air Force CIA agent piloting a black-envisioned high-tech fantastic flying machine remotely like a drone unsettled me even more. It spoke of the connection between air power and US imperialism.  It reminded me of the Air Force recruiting ad that preceded the movie, which featured footage of military aviators remotely piloting aircraft and a snippet from a drone strike. (I later learned that the commercial’s name is “Future.”)  It evoked moments from earlier in Black Panther where Wakandans such as Princess Shuri explicitly knit together Agent Ross, whiteness, and empire building; at one point, she calls him “colonizer” to his face.  The sight and sound of a colonizer using the Royal Talon Fighter to shoot down other Wakandan aircraft rattled the Afrofuturist tenor of Wakandan technological might.  Agent Ross fired, and black fliers advancing global black liberation fought back and ultimately fell.  The “extraordinary possibilities” that had been raised were being razed to the ground.

There is another, perhaps better, way to make sense of the scene.  It may open up a more emancipatory way to feel what is seen and heard.  It is called the unimagination, and it is part of the process of radical imagination.  It is akin to unlearning, except that it seeks to dislodge rather than to wipe out. Princess Shuri, the ingenious lead scientist and technologist of Wakanda, and Nakia, a Wakandan spy, order Agent Ross to fly the Royal Talon Fighter.  As a former Air Force pilot, he knows how to do this, but only up to a point. His expertise is lacking: he is not Wakandan. Consequently, Princess Shuri is obliged to school him in aeronautics while he is flying (she is on the ground fighting Killmonger).

A script has been rewritten.  A familiar scene is reframed. There, see a black woman in control of two instruments.  Historically, which includes today, they have been aligned with supremacy. She commands a white man who is a CIA agent, ex-Air Force pilot, colonizer, and US-American; and air power.  It is a scene of “extraordinary possibilities.”  It is potential, stored up and intact.

Chandra D. Bhimull is Associate Professor at Colby College, where she teaches in the Department of Anthropology and the African-American Studies Program. She is the author of Empire in the Air: Airline Travel and the African Diaspora (NYU Press, 2017).

Feature image from the cover of Empire in the Air. Illustration by Alan Reingold, after Abram Games. Design by Bryce Schimanski.