As we celebrate Martin Luther King, Jr. Day this month, it’s a great time to reflect on the history and consider the future of Black activism and political involvement. From the beginnings of the Civil Rights movement to today, the books below explore the stories of activists and politicians who have dedicated their lives to working toward a better future for Black Americans. Now through the end of January, get any of these eBooks for just $1.99!

*offer good through 1/31/2020, only available through US retailers 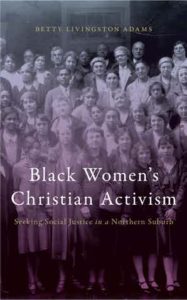 When a domestic servant named Violet Johnson moved to the affluent white suburb of Summit, New Jersey in 1897, she became one of just barely a hundred black residents in the town of six thousand. In this avowedly liberal Protestant community, the very definition of “the suburbs” depended on observance of unmarked and fluctuating race and class barriers. But Johnson did not intend to accept the status quo. Establishing a Baptist church a year later, a seemingly moderate act that would have implications far beyond weekly worship, Johnson challenged assumptions of gender and race, advocating for a politics of civic righteousness that would grant African Americans an equal place in a Christian nation. Johnson’s story is powerful, but she was just one among the many working-class activists integral to the budding days of the civil rights movement.

Focusing on the strategies and organizational models church women employed in the fight for social justice, Adams tracks the intersections of politics and religion, race and gender, and place and space in a New York City suburb, a local example that offers new insights on northern racial oppression and civil rights protest. As this book makes clear, religion made a key difference in the lives and activism of ordinary black women who lived, worked, and worshiped on the margin during this tumultuous time. 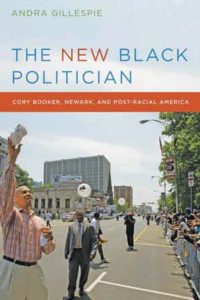 At the beginning of the 21st-century, a vanguard of young, affluent black leadership has emerged, often clashing with older generations of black leadership for power. The 2002 Newark mayoral race, which featured a contentious battle between the young black challenger Cory Booker and the more established black incumbent Sharpe James, was one of a series of contests in which young, well-educated, moderate black politicians challenged civil rights veterans for power. In The New Black Politician, Andra Gillespie uses Newark as a case study to explain the breakdown of racial unity in black politics, describing how black political entrepreneurs build the political alliances that allow them to be more diversely established with the electorate.

“Gillespie provides a noteworthy contribution to the scholarship of deracialization among Black politicians. Her work is certain to spark much debate about the dilemmas and implications of Black candidates running against each other in minority-majority jurisdictions all while attempting to maintain true to the interests of the communities they serve.” —National Political Science Review 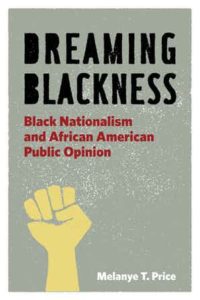 Black Nationalism is one of the oldest and most enduring ideological constructs developed by African Americans to make sense of their social and political worlds. In Dreaming Blackness, Melanye T. Price explores the current understandings of Black Nationalism among African Americans, providing a balanced and critical view of today’s black political agenda. She argues that Black Nationalism continues to enjoy moderate levels of support by most black citizens but has a more difficult time gaining a larger stronghold because of increasing diversity among blacks and a growing emphasis on individualism over collective struggle. She shows that black interests are a dynamic negotiation among various interested groups and suggests that those differences are not just important for the “black agenda” but also for how African Americans think and dialogue about black political questions daily. 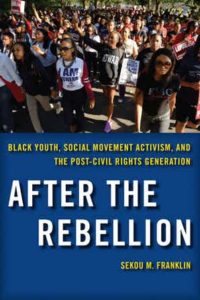 What happened to black youth in the post-civil rights generation? What kind of causes did they rally around and were they even rallying in the first place? After the Rebellion takes a close look at a variety of key civil rights groups across the country over the last 40 years to provide a broad view of black youth and social movement activism. Based on both research from a diverse collection of archives and interviews with youth activists, advocates, and grassroots organizers, this book examines popular mobilization among the generation of activists—principally black students, youth, and young adults—who came of age after the passage of the 1964 Civil Rights Act and the Voting Rights Act of 1965. Franklin argues that the political environment in the post-Civil Rights era, along with constraints on social activism, made it particularly difficult for young black activists to start and sustain popular mobilization campaigns.

A powerful work of both historical and political analysis, After the Rebellion provides a vivid explanation of what happened to the militant impulse of young people since the demobilization of the civil rights and black power movements – a discussion with great implications for the study of generational politics, racial and black politics, and social movements.

Want to Start a Revolution?

From Rosa Parks and Esther Cooper Jackson, to Shirley Graham DuBois and Assata Shakur, a host of women demonstrated a lifelong commitment to radical change, embracing multiple roles to sustain the movement, founding numerous groups and mentoring younger activists. Helping to create the groundwork and continuity for the movement by operating as local organizers, international mobilizers, and charismatic leaders, the stories of the women profiled in Want to Start a Revolution? help shatter the pervasive and imbalanced image of women on the sidelines of the black freedom struggle.

“A new work offers a lively picture of two dozen different women organizers and how their contributions define our present and, possibly, our future…  Among one of the best and freshest writings on women and movement-building in some time.” —Political Media Review 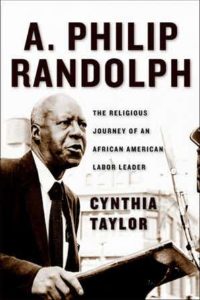 The Religious Journey of an African American Labor Leader

A. Philip Randolph, founder of the Brotherhood of Sleeping Car Porters, was one of the most effective black trade unionists in America. Once known as “the most dangerous black man in America,” he was a radical journalist, a labor leader, and a pioneer of civil rights strategies. His protegé Bayard Rustin noted that, “With the exception of W.E.B. Du Bois, he was probably the greatest civil rights leader of the twentieth century until Martin Luther King.”

Scholarship has traditionally portrayed Randolph as an atheist and anti-religious, his connections to African American religion either ignored or misrepresented. Taylor places Randolph within the context of American religious history and uncovers his complex relationship to African American religion. She demonstrates that Randolph’s religiosity covered a wide spectrum of liberal Protestant beliefs, from a religious humanism on the left, to orthodox theological positions on the right, never straying far from his African Methodist roots.

Whose Harlem Is This, Anyway? 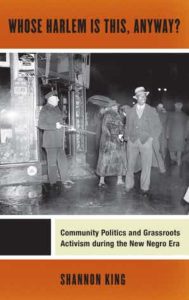 Community Politics and Grassroots Activism during the New Negro Era

In Whose Harlem Is This, Anyway?, Shannon King vividly uncovers early twentieth century Harlem as an intersection between the black intellectuals and artists who created the New Negro Renaissance and the working class who found fought daily to combat institutionalized racism and gender discrimination in both Harlem and across the city.

“King demonstrates in his excellent study that during the New Negro era, especially between WWI and the beginning of the Great Depression, blacks in Harlem vigorously fought for their community rights against tremendous odds of white discrimination. A must read for those interested in urban civil rights and race in the 20th-century US. Highly recommended.” —Choice

The Divided Mind of the Black Church 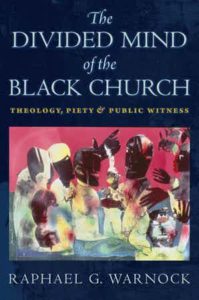 For decades the black church and black theology have held each other at arm’s length. Black theology has emphasized the role of Christian faith in addressing racism and other forms of oppression, arguing that Jesus urged his disciples to seek the freedom of all peoples. Meanwhile, the black church, even when focused on social concerns, has often emphasized personal piety rather than social protest. With the rising influence of white evangelicalism, biblical fundamentalism, and the prosperity gospel, the divide has become even more pronounced.

In The Divided Mind of the Black Church, Raphael G. Warnock, Senior Pastor of the historic Ebenezer Baptist Church, the spiritual home of the Rev. Dr. Martin Luther King, Jr., traces the historical significance of the rise and development of black theology as an important conversation partner for the black church. Calling for honest dialogue between black and womanist theologians and black pastors, this fresh theological treatment demands a new look at the church’s essential mission.

*offer good through 1/31/2020, only available through US retailers