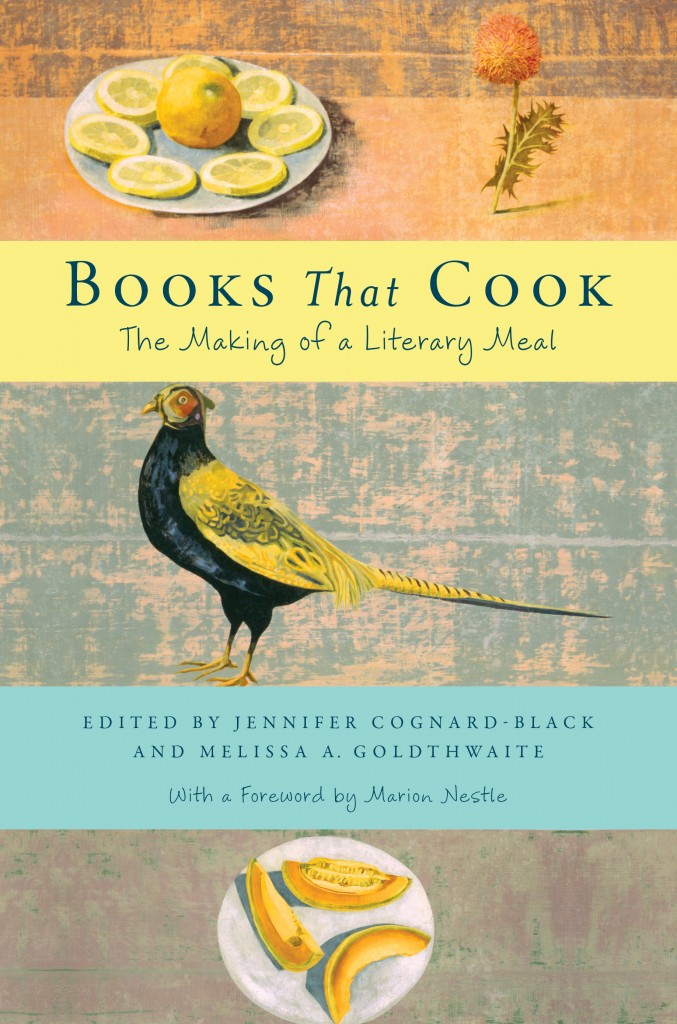 During the month of September, we are celebrating the publication of our first literary cookbook, Books That Cook: The Making of a Literary Meal by rounding up some of our bravest “chefs” at the Press to take on the task of cooking this book! In the next few weeks, we’ll be serving up reviews, odes, and confessions from Press staff members who attempted various recipes à la minute.

Next on the menu: Trish Palao of NYU Press takes on the buttermilk biscuit.

“These don’t compare to your grandmother’s. She made the best.”

I hear this every time I have biscuits with my dad. My father grew up in the Visayan islands of the Philippines, in a region historically known for sugar production—not biscuits. But the American presence in the country influenced its culinary tastes and my grandmother took pride in her ability to cook the way they do “state side.” My grandfather’s colleagues from the sugar mill would be sure to drop by in the mornings to talk business. In doing so they were guaranteed an invitation to join the family in a breakfast of longanisa (sausage), fried eggs, garlic rice, and biscuits.

It’s only in recent years, after gaining some confidence in the kitchen and craving my family’s cooking, that I’ve started learning how to make Filipino dishes. Biscuits are obviously not traditional fare, but its connection to my dad’s childhood memory drew me to this recipe. I was further inspired by the accompanying excerpt from Fannie Flagg’s Fried Green Tomatoes at the Whistlestop Cafe. It recalls a picnic between two friends. Secrets are shared as they indulge in a feast that includes biscuits and honey, respectively prepared and harvested with love. How many wonderful bonds are forged over the sharing of food? 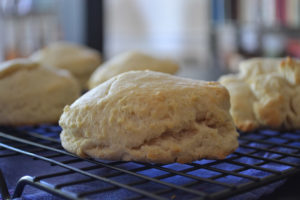 The recipe for Sipsey’s buttermilk biscuits is deceptively simple. It calls for six ingredients and consists of five straightforward pieces of instruction. I mentioned this to our Production Manager, a South Carolina native who’s as particular about biscuits as my dad. “It’ll be hard. They require a lot of time and patience.” Then I told a friend, a former wedding cake baker. “They’re the worst to make! I can never get a good batch no matter what I try.”

I decided to do more research. It was either that or brace myself for a disappointing Sunday breakfast. Food bloggers advised: use cold butter, don’t knead too much, don’t over mix, DO NOT roll out the dough, keep them close together so they rise up and don’t spread out. Turns out there were a lot of things that Sipsey didn’t tell me.

Thanks to the Internet (and the time-saving wonder that is the food processor), my biscuits turned out fine. They tasted right and they weren’t too hard or dense. Could they have been better? Definitely. But I know that a lighter, flakier, yummier biscuit is not something I can get from looking at more websites or fiddling with kitchen gadgets. It comes from attempting the dish again. And again. And again. And eventually I’ll have figured out the method, the measurements, and the timing that result in buttery excellence.

I imagine that’s what perfecting biscuits—or any treasured family dish—is really about: unwritten knowledge, skill, and technique that come only with time, experience, and enough unexpected guests who pop in during mealtime.

One thought on “Books That Cook: Sipsey’s Buttermilk Biscuits”