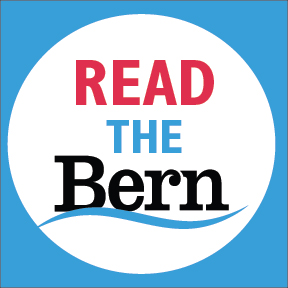 “This book must be read by all who care about the often dreadful effects of deportation on individuals, families, and communities—and especially by the policy-makers, legislators, and judges who, often uncritically, continue to craft and implement deportation from the United States and around the world.”
—Daniel Kanstroom, author of Aftermath: Deportation Law and the New American Diaspora

On Abortion:
Bernie: “I happen to believe that it is wrong for the government to be telling a woman what to do with her own body.”

Governed Through Choice
Autonomy, Technology, and the Politics of Reproduction
Jennifer M. Denbow

“Jennifer Denbow argues compellingly for an individual women’s essential control over her own
reproductive existence.One of the best books on reproductive politics in a decade!”
—Wendy Brown, author of Regulating Aversion: Tolerance in the Age of Empire and Identity

On Foreign Policy:
Bernie: “I voted against the war in Iraq and if you go to my website, listen to the speech that I gave when I was in the House in 2002, saying, yes, it’s easy to get rid of a dictator like Saddam Hussein, but there’s going to be a political vacuum, there will be instability.”

Understanding the U.S. Wars in Iraq and Afghanistan
Edited by Beth Bailey and Richard H. Immerman

“A truly exceptional and immensely important contribution to the literature on U.S. foreign policy in the twenty-first century. Bailey and Immerman have compiled an all-star cast to help us better grasp the causes, conduct, and, most significantly, consequences of the recent American wars in Iraq and Afghanistan.”
—Gregory A. Daddis, Academy Professor, West Point

On Health Care:
Bernie: “I believe that health care in this country should be a right of all people, not a privilege.”

“Her ambitious book lays out a case for a legal remedy for racial health inequality.”
—Los Angeles Review of Books

On Civil Liberties:
Bernie: “We will not destroy ISIS (the Islamic State) by undermining the Constitution and our religious freedoms.”

merican Life
Dispatches from the War on Terror
Moustafa Bayoumi

“Chagrined about the treatment of Muslim Americans after 9/11 and still puzzling over even more strenuous anti-Muslim demonstrations since the election of President Barack Obama, Bayoumi probes the so-called ‘War on Terror culture,’ which ascribes a malevolent aspect to all things Muslim…A thoughtful study [and] certainly relevant.”
—Kirkus Reviews

On Crime and Safety:
Bernie: “What I meant by that is that in African-American communities you have people living in desperation, often being abused, by white police officers.”

“A powerful and timely review of the need to see the connection between race, death, and injustice in America. It is time for us to have this much-needed conversation…[W]e need to focus on life, rather than death, for our children.”
—Charles J. Ogletree, Jr.,Professor of Law at
Harvard Law School

On the Environment:
Bernie: “We must break our dependence on fossil fuels, and move to wind, solar and geothermal sustainability solutions.”

Clean and White
A History of Environmental Racism in
the United States
Carl A. Zimring

[A] valuable history of environmental racism in the United States…Essential reading for those interested in social justice and environmental issues.”
—Library Journal

On the Budget and Spending:
Bernie: “At a time when the rich are getting richer, poverty is increasing, and the middle class is in a 40-year decline, we need a budget that improves the lives of all Americans, not just the people on top. We need to reverse the massive transfer of wealth from working families to the top 1 percent and put millions of Americans back to work.”

“Should be required reading for lawmakers and public officials, to remind them of their legal and moral responsibilities and to inspire them to stop these disturbing practices and direct these crucial resources to their rightful recipients.”
—Jane M. Spinak, Columbia University

On National Security:
Bernie: says he would shut down the National Security Agency surveillance program because “virtually every telephone call in this country ends up in a file at the NSA,” adding: “That is unacceptable to me.”

CTL + Z
The Right to be Forgotten
Meg Leta Jones

“In this timely and provocative book, Meg Jones takes on one of the most pressing issues of the digital age—must everything about us be permanently stored or is there room in our society and legal system for a ‘right to be forgotten?'”
—Neil Richards, Washington University in St. Louis

On his day off:
Bernie, although a Senator from Vermont, was born in Brooklyn, NY.

“This is a loving and skillfully rendered portrait of an important and oddly charming part of New York.”
—New York Times Book Review