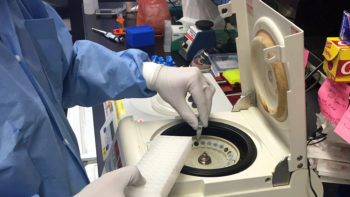 Like rubella, will the public get behind a Zika vaccine?

—Jennifer Reich
Developing a Zika vaccine poses scientific and medical challenges as well as social and ethical issues with a twist because of what this vaccine will do and who it is aimed at. 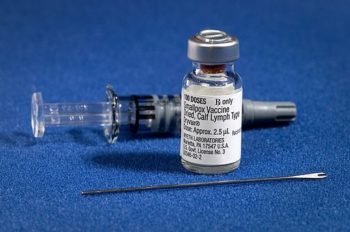 Why are we still talking about autism and vaccines? (And why is DeNiro asking us to?)

—Jennifer A. Reich
Actor Robert DeNiro hand-picked the documentary Vaxxed: From Cover-Up to Catastrophe to show at the Tribeca Film Festival in New York, which he founded. The film, which has since been removed after widespread criticism, explores well-traveled terrain. The controversy over the its inclusion in the festival provides evidence that this conversation isn’t going anywhere for one simple reason: no one can prove a conspiracy doesn’t exist.

We write out of our shared concern over the current Zika virus epidemic in Puerto Rico and the Caribbean in the hopes of making useful interventions. Because of Zika’s adverse effect on fetal development and potential link to Guillan-Barré syndrome, the virus poses serious concerns for public health.

Zika and the Limits of Biomedical Fixes

There are reasons to see the rise of Zika not as another problem in need of a biomedical fix but as a sign of the limits of biomedical fixes.

On Biomedicine and its Limits: An Interview with Joseph E. Davis

—Joseph E. Davis [This piece originally appeared on Social Trends Institute.] Q: The title of your book is To Fix or to Heal: Patient Care, Public Health, and the Limits… READ MORE

5 Things I Wish You Knew About Intersex People

—Georgiann Davis If you’ve never heard of intersex, you aren’t alone. A few weeks ago a colleague and I were at a popular Las Vegas bar attending a drag show… READ MORE

Intersex buzz: To avoid (or engage with) ‘disorder of sex development’ terminology?

—Georgiann Davis When Shakespeare asked what’s in a name, I doubt he was thinking about intersex, disorders of sex development, or how terminology can shape lives and obstruct social change…. READ MORE