This month, while we celebrate Pride and the LGBTQ+ community, we’re getting caught up on important works of LGBTQ+ history, sociology, literature, and more. Join us as we read through some of the fascinating and informative LGBTQ+ books on our list. You can get each eBook for just $1.99 through the end of June!

Offer good through June 30, 2021, only available through US retailers 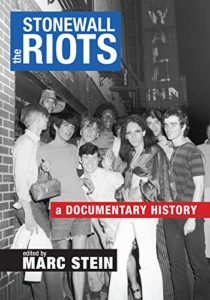 “A comprehensive collection of 200 transcribed documents from the early stages of the LGBTQ rights movement. Stein is a capable curator…[A] worthwhile dive into LGBTQ history.”—Publishers Weekly

“When you’re trying to figure out what Stonewall meant to people at the time, these documents, many of which were first printed in the couple of years afterward, are indispensable.”—Slate

“The Stonewall Riots is an invaluable addition to the existing literature on the LBGT movement and the sexual revolution. It is a perfect tribute to the LGBT resistance struggle that has shaped the modern world.”—Washington Book Review 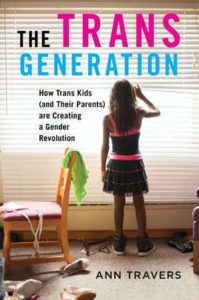 “In this insightful evaluation of the lives of transgender kids, the author closely examines schools, spaces (especially bathrooms and locker rooms), parents, and healthcare. The book is…an important addition to the growing body of transgender literature.”—Booklist

“Ann Travers’s The Trans Generation is an astounding and essential qualitative study that collects heartfelt, honest anecdotes from a variety of transgender children and their parents.”—Foreword Reviews 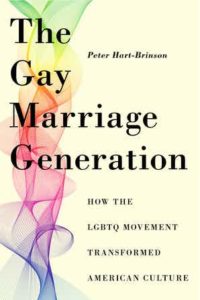 “There is much to learn from this book and Hart-Brinson is meticulous in laying out and supporting his arguments.”—Social Forces

“The book provides an interesting glimpse into [Hart-Brinson’s] 95 interview subjects’ lives, attitudes, and milieu. He also offers tables, charts, and graphs to reveal changes in public opinion over the decades.”—The Gay & Lesbian Quarterly 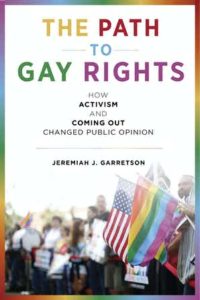 “This fine study examines how the change in public opinion took place over the years while looking at the ultimate causes of social change generally…An important addition to the LGBTQ bookshelf.”—Booklist

“Quantitative data backs up the arguments of this serious social science book. It makes a significant contribution to the political science literature on LGBT studies by synthesizing and advancing the empirical arguments on the shift in opinion on gay rights in just a few generations.”—Choice 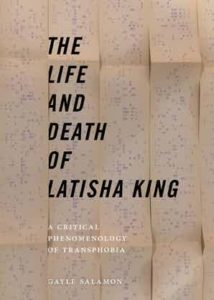 “[Salamon] turns our perspective on the trial away from its grueling examination of the gender non-conformity of Latisha King and onto the gendered embodiments of the teachers and attorneys instead.”—Lambda Literary

“The Life and Death of Latisha King is no ordinary true-crime narrative, but a hard-hitting philosophical investigation into gender and its cultural depiction.”—Foreword Reviews 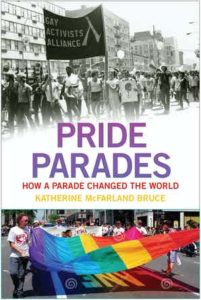 “Pride is at the heart of most social movements, and nothing embodies it better than a joyous public parade. This is a charming, stirring book, one of the best yet about the modern LGBT movement.”—James M. Jasper, author of Protest: A Cultural Introduction to Social Movements 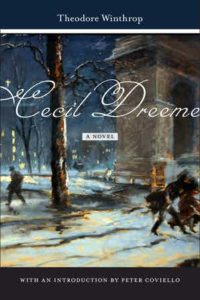 “Cecil Dreeme is remarkable, compelling, and completely unclassifiable…This prophetic and rich novel whose very existence must be seen as surprising against the backdrop of 21st century skepticism as to the possibility of ‘gay’ literature in pre-modern times. It deserves the widest possible readership.”—The Harvard Gay & Lesbian Review

“Cecil Dreeme is more than a great New York novel. It is also a key text for anybody interested in the history of gender and queerness in American thought not just thought that has taken place on these shores, but the history of ideas precisely about this nation itself, its values, and its direction in history.”—Public Books 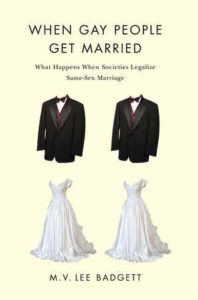 “Badgetts cogent and comprehensive study of the societal implications of same-sex marriage is learned and persuasive; gays and lesbians who once again pick up their protest signs and banners might do well to bring along Badgetts book as well.”—Publishers Weekly

“This is the best analysis of same-sex marriage to date. A brilliant book.”—Verta Taylor, co-author of Drag Queens at the 801 Cabaret

“Badgett’s gleanings are enlightening . . . for anyone who cares about the issues raised by legalizing civil marriage for same-sex couples.”—California Lawyer 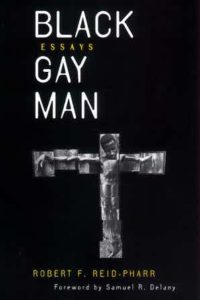