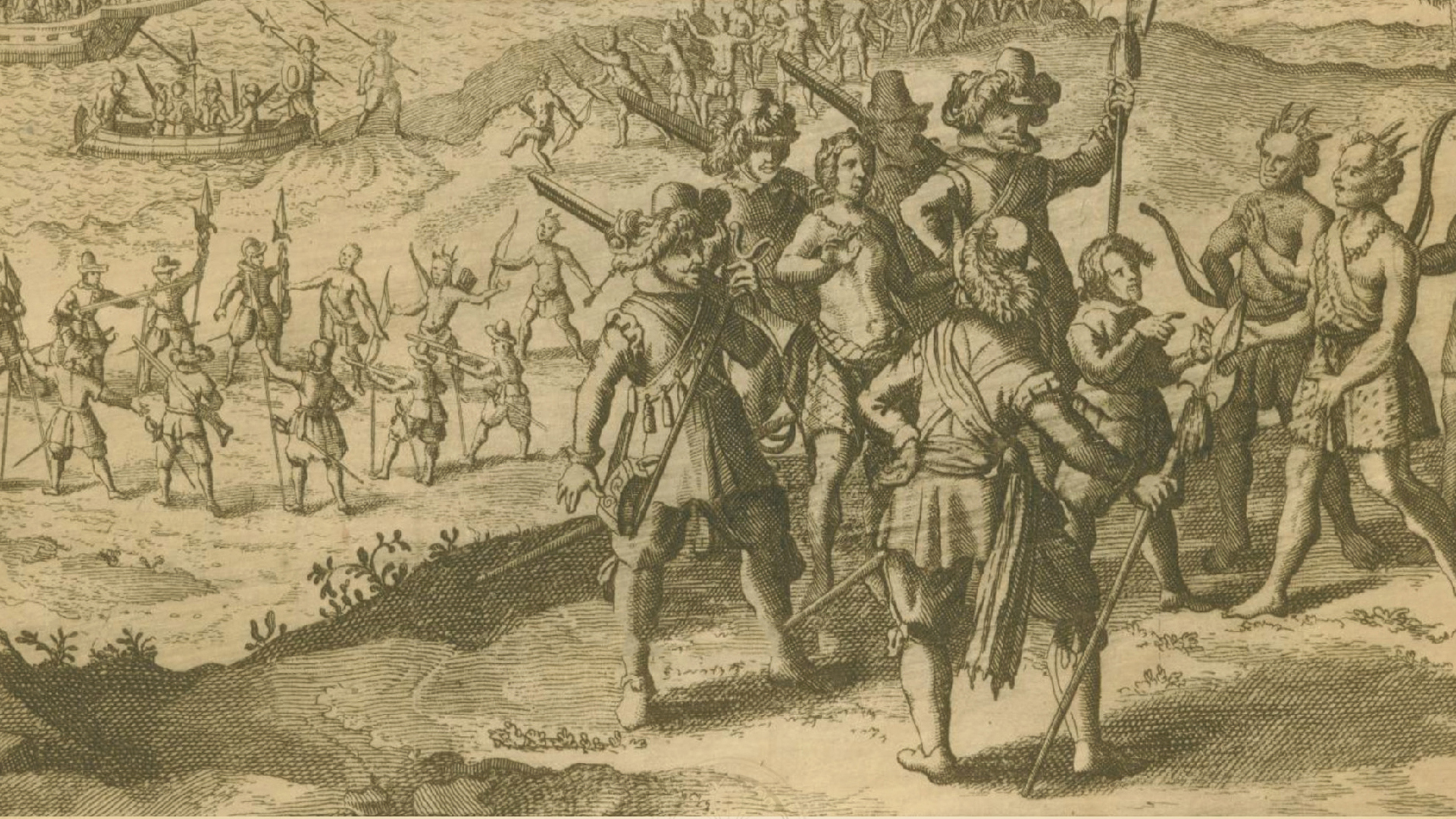 On July 30th, we celebrate the four-hundredth anniversary of the first meeting of the Virginia Assembly, the beginning of representative government in America.  The Virginia Company in London had finally realized that relinquishing control over key issues would actually strengthen the colony.  Twenty representatives from ten major towns and plantations gathered with other officials in 1619 to vote on issues of local importance, including the regulation of tobacco planting and doling out obligations for defense and infrastructure.  Their deliberations were a great success.

Less well known is the assembly’s other function.  On its final day, the representatives turned themselves into a court to hear treason charges against Henry Spelman.  From the beginning, Jamestown’s leaders had sent boys, young teenagers, to live with Native leaders, especially the Great Powhatan who ruled over many client tribes in the area where Jamestown was settled.  Henry Spelman was one of these boys; he was fourteen when he went to live with Powhatan in 1609 and he accompanied another boy, Thomas Savage, who was already living in Powhatan’s capital, Werowocomoco.  Leaders on both sides knew that boys were adaptable and able to learn new languages; they were also more expendable.  So, they were supposed to learn as much as possible about the other and report back, and they would be useful as go-betweens in the future.  No one considered how their own identity and feelings would be affected.

Powhatan died the year before the Assembly meeting and was eventually replaced as leader by Opechancanough.  A boy named Robert Poole had been with Opechancanough for some time and he was now the principal interpreter.  He brought the treason charges against Henry Spelman, who had achieved the rank of Captain and was no longer a servant to the colony.  He testified that Spelman contrived a reason to come and see Opechancanough and held lengthy and somewhat strange conversations with him.  Robert Poole was present for part of it, but excluded from participating.  Henry Spelman told Opechancano that he need not pay attention to any commitments Gov. Sir George Yeardley made because a much greater governor was coming soon who would overturn all Yeardley’s arrangements.  He meant Lord Robert Rich, a prominent and wealthy lay puritan who was the sponsor of many Atlantic ventures, and whose ship Treasurer was frequently in Jamestown.  Spelman told Poole that he “would give £40 my lord were come for then he would trample upon all his enemies.”  Presumably many of the Assembly members were not happy to hear this.

Why did Henry do this?  He may have been trying to warn Opechancanough so he would not feel betrayed when Lord Rich came and changed everything.  He may have resented his £40 worth of enemies who he thought were preventing him from having the role he deserved and was therefore trying to break Opechancanough’s friendship with them.  Whatever his reasons, Spelman was betrayed by the uncertainty and slow communication of all Atlantic enterprises.  Even before he talked to Opechancanough, Rich’s father had died and Lord Rich had become the Earl of Warwick.  With this grand new status he had dropped plans to come to Virginia.

The Assembly convicted Henry Spelman of treason, but did not sentence him to death.  Instead, the representatives “degraded” him and sentenced him to serve as an interpreter for seven years.  Though they considered him a traitor, they were forced to put colonial relationships in his hands.  In the official report, John Pory wrote they considered him “as one that had in him more of the Savage then of the Christian.”  And the next year, John Rolfe wrote that leaders considered Robert Poole “very dishonest” and feared that he had “even turned heathen.”

Leaders had not foreseen this outcome, that the boy interpreters would become sympathetic to their Native hosts as they settled in and understood more and more about their culture.  Soon the men in charge stopped believing them altogether, but they still needed them to convey information.  Leaders were trapped in a conundrum of their own making. 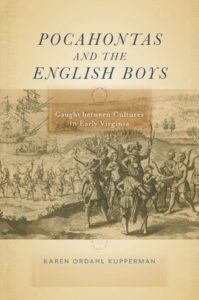 Karen Ordahl Kupperman is Silver Professor of History Emerita at New York University. Her books include The Atlantic in World History (Oxford University Press), The Jamestown Project (Belknap Press), Indians and English (Cornell University Press)—Winner of the AHA Prize in Atlantic History, along with two new books published by NYU Press: Pocahontas and the English Boys: Caught between Cultures in Early Virginia and (editor of) Relation of Virginia: A Boy’s Memoir of Life with the Powhatans and the Patawomecks by Henry Spelman.