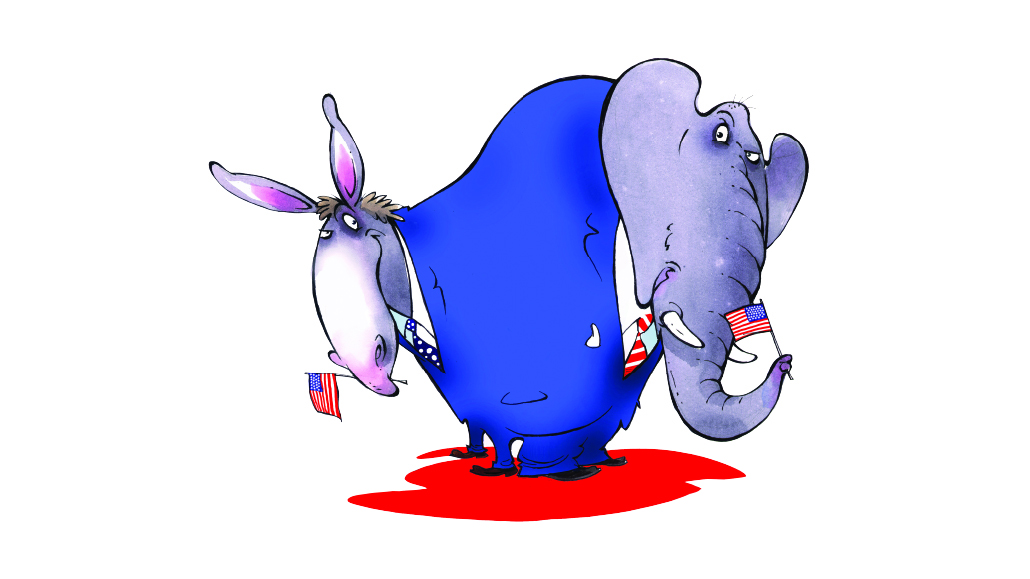 Critics of Donald Trump have ample grounds for concern. He exploits his position to enrich himself and his family, abuses children of undocumented immigrants, alienates our closest allies, and threatens to sabotage a thriving economy with unnecessary trade wars.

Donald Trump’s election and his administration expose a serious defect in our constitutional system—we give the immense power of the presidency to a single person from a single political party. As a result, a government that is supposed to represent all of the people represents only about half of the public. President Trump won election by riding a wave of disaffection from voters who felt that they were being ignored by an Obama administration. But Trump’s ascendancy has only triggered a rebound wave of disaffection from voters on the other side of the aisle who feel that their interests are being ignored now.

No matter who wins the presidency, whether saint or sinner, half of the public will lack a meaningful voice in the shaping of public policy. When President Obama issued his executive orders, his supporters were happy, but conservative voters were not. As President Trump overrides the Obama orders with new executive orders, Trump voters are happy, but liberal voters are not. Having a single executive from one side of the aisle fans the flames of partisan conflict.

Having a single executive is also a recipe for ill-advised decision making. When people make decisions on their own, they inevitably make mistakes. Trump may seem especially egregious in this regard, but he has plenty of company from past presidents. Lyndon Johnson escalated the Vietnam War; George W. Bush authorized the Iraq War. All presidents have their blind spots, and all are too confident in their own judgment. Studies of decision making deliver a clear message—better decisions are made when they are made by people with different perspectives working together. It is for good reason that we say, “two heads are better than one.” And indeed, the drafters of the Constitution recognized that truth when they created the House, Senate, and Supreme Court. All of our other policymaking bodies are composed of multiple people who bring different perspectives to the table.

Then why did the framers settle on a single president? They viewed the president not as a maker of policy but as an executor of policy—someone who would implement the policies made by Congress. For the role of implementing policy, it is a good idea to have a single person who can act quickly. But the modern U.S. president makes policy on a wide range of issues—foreign policy, immigration policy, economic policy, environmental policy, health policy, and so on.

In many other countries, especially in Western Europe, the executive power is exercised by multiple officials with different perspectives. In Switzerland, for example, cabinet ministers from the country’s major political parties share the executive power. They act collectively and collegially instead of bogging down in gridlock because they know that no amount of obstruction or other political maneuvering can gain them the upper hand. They always will have to share power with leaders from the other parties, and that reality drives them to cooperate with their counterparts.

That’s not only good politics, it’s also good economics. As business leaders repeatedly observe, they need stability in public policy so they can plan on a long-term horizon. When the presidential power swings from one side to the other every four to eight years, and policy can change abruptly, long-term planning makes little sense. But when power is shared, public policy will steer the kind of stable, middle-of-the-road path that facilitates long-term planning and investment.

David Orentlicher is Cobeaga Law Firm Professor of Law and Co-director of the UNLV Health Law Program at UNLV’s William S. Boyd School of Law and the author of Two Presidents Are Better Than One: The Case for a Bipartisan Executive Branch (NYU Press, 2013).