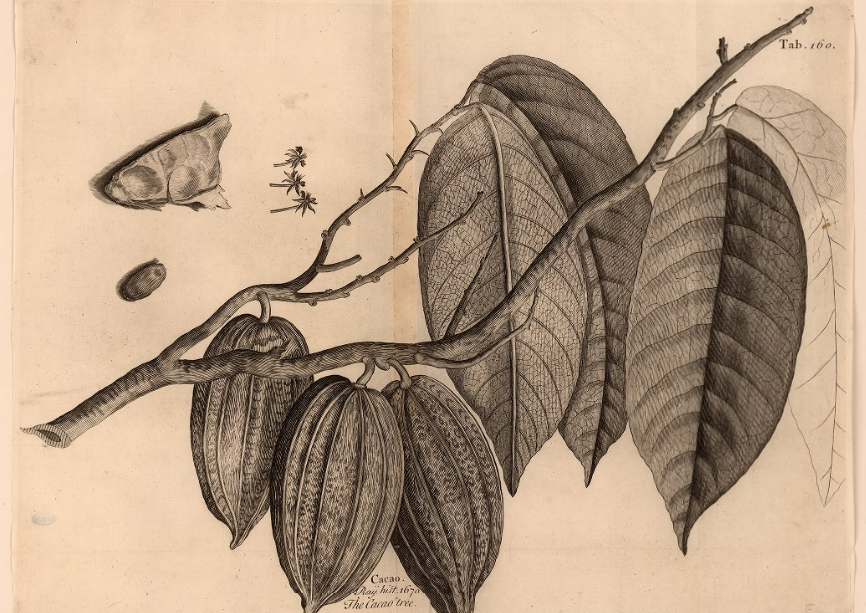 Since 2009, communities across the globe have celebrated World Chocolate Day on 7 July. Allegedly, the holiday marks the day in 1550 when chocolate first arrived in Europe. While World Chocolate Day is not the only celebration of chocolate (the U.S. National Confectioners Association has four separate holidays for the sweet), the international nature of this day offers the opportunity to reflect on chocolate’s global history and how its past is still present today. And that past is much more sinister than a quaint, celebratory holiday suggests.

A good way to understand this more complicated history of chocolate is by looking at one story. This tale, the focus of my forthcoming book, Mutiny on the Rising Sun: A Tragic Tale of Slavery, Smuggling, and Chcocolate, is from the eighteenth century. It illustrates how, much like today, Americans craved chocolate and were willing to ignore the more unsavory aspects of the confectionary to satiate their sweet tooth.

On the night of 1 June 1743, horror struck the schooner Rising Sun. Sailing off the coast of Suriname in South America, the Rising Sun had just departed the Dutch colony after completing a trading voyage. As the ship lumbered along, three sailors murdered the captain, the supercargo or merchant, the merchant’s clerk, and the cabin boy. They also grievously wounded the ship’s mate and boatswain. Now in control of the ship, the mutineers demanded the surviving crew sail to the Spanish colony of Orinoco.

The mutineers also seized the ship’s valuable cargo of cloth, gold and silver, molasses, sugar, coffee, and, important for World Chocolate Day, cacao or, as we know it in its processed form, chocolate. Beside those casks, barrels, and boxes in the cargo hold were 15 enslaved Africans, children and young adults, all left over from the Rising Sun’s voyage that exchanged slaves for cacao and other commodities in Suriname. Containing captives and cacao, the Rising Sun’s hold was a microcosm of the intertwined histories of slavery and chocolate in early America.

The Rising Sun’s doomed voyage was not just a regular commercial venture, however. It was part of an international cacao smuggling ring. Smuggling in the eighteenth century was different from today’s black markets and underground economies. European empires sought to limit trade outside of their own imperial borders. In theory, this would protect markets and promote trade and manufacturing within the empire. The problem, however, is that it limited access to goods not produced domestically and heavily taxed imports. Many everyday items, such as sugar, coffee, and chocolate fell under these restrictive measures, incentivizing smuggling.

Yet, in addition to revealing an illicit trade network, the documents generated by the mutiny illuminate a more tragic history of chocolate. Not only was most chocolate consumed by British subjects in Europe and the Americas smuggled from outside the empire, but enslaved Africans grew, processed, and prepared the product. Although Indigenous people in the Americas domesticated cacao nearly four thousand years ago and Native American societies consumed large quantities of the crop before the arrival of Europeans, the latter mass-produced chocolate for the world market. European and Euro-American planters integrated cacao production into a wider system of plantation production that relied upon the enslavement of Africans and Indigenous Americans. Almost always a supplemental crop, enslavers forced enslaved people to plant cacao alongside sugar, coffee, and other cash crops in colonies like British Jamaica, French Martinique, and, important for the story of the Rising Sun, the Dutch colony of Suriname. A significant number of plantations in Suriname dedicated land to the cultivation of cacao, making it one of the largest producers of the crop by the 1730s.

Even as planters integrated cacao into plantation production, the mutiny on the Rising Sun reveals chocolate’s deeper entanglement with African slavery. All the men involved in the smuggling ring from the captain to the supercargo to the merchant who organized the ring were slave owners. They profited off the ownership and exploitation of others. The enslaved people they owned grew cacao, processed it on plantations to be sold, and, in the case of the captain who also owned a shop in Boston, Massachusetts, turned it into chocolate to be consumed. And there were the 15 enslaved young people onboard the Rising Sun when the munity occurred. They were the “remainders” of the schooner’s initial voyage to Suriname. The Rising Sun’ssmuggling voyage trafficked children who were kidnapped from West Africa, taken to Barbados, and then placed on the schoonerto be exchanged for cacao in Suriname. Sometimes one’s involvement in a smuggling ring meant being a commodity to be bought and sold.

In short, consuming chocolate in the eighteenth century relied upon a chain of human misery. As the events on the Rising Sun demonstrate, if not for the kidnapping, trafficking, enslavement, and exploitation of enslaved Africans, there would have never been enough chocolate to meet demand.

And this chain of exploitation echoes to today. A word tossed around a lot in the past couple years is “reckoning” Across Europe and North America, there has been a willingness to explore the more unsavory parts of history and confront how those shape the world we live in today. This is especially necessary for understanding the history of chocolate and its place as a commodity in the modern global economy. As of 2019,[1] the chocolate industry still relied heavily on exploited laborers—including children—working in conditions similar to slavery. Although major chocolate manufacturers have pledged to address labor coercion, just last month the United States Supreme Court ruled chocolate manufacturers cannot be sued in American courts for purchasing cacao from suppliers that use slave labor.[2]

In the case of chocolate, it is easy to see a largely unbroken history of tragedy, misery, and abuse spanning from the sixteenth century until today. As communities across the globe mark World Chocolate Day, it is important to remember that those enslaved children suffering in the hold of the Rising Sun were not an exception in the history of chocolate, but rather the rule. 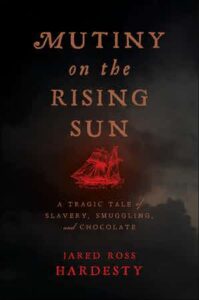 Jared Ross Hardesty is Associate Professor in the Department of History at Western Washington University and author of Unfreedom: Slavery and Dependence in Eighteenth-Century Boston and Black Lives, Native Lands, White Worlds: A History of Slavery in New England. His latest book, Mutiny on the Rising Sun: A Tragic Tale of Slavery, Smuggling, and Chocolate, is coming this fall from NYU Press.