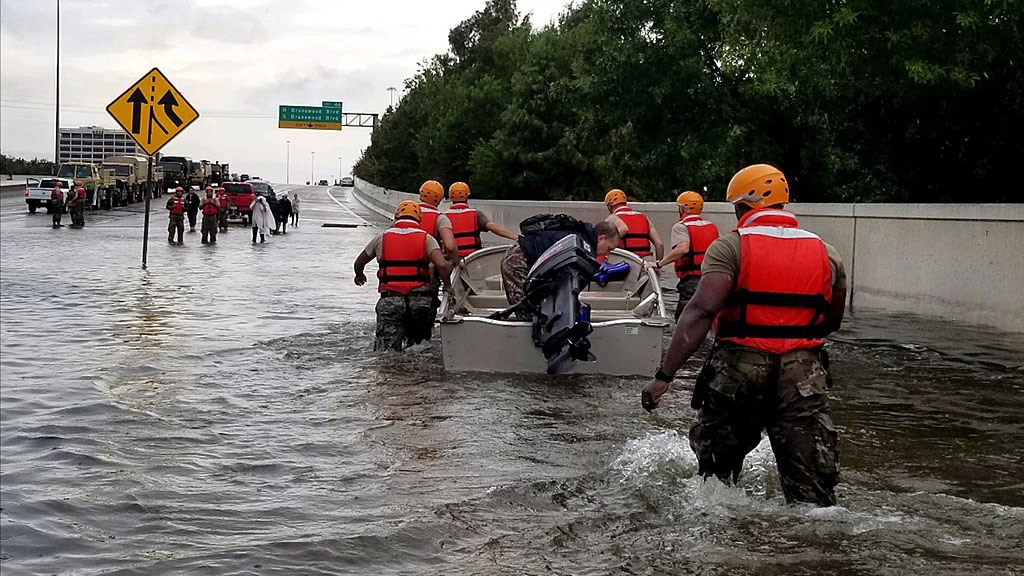 Just a few weeks after the second anniversary of Hurricane Harvey, Tropical Storm Imelda pummeled the Texas Gulf Coast region still in the throes of physical, economic, and psychological recovery. That experience provides a glimpse into our forthcoming book, Hurricane Harvey’s Aftermath: Place, Race, and Inequality in Disaster Recovery, where we examine how communities’ social and demographic composition is intermingled with the either the hastening or prolonging of their disaster recovery. Our findings revealed that the economically disadvantaged, communities of color, and individuals with limited social capital were unable to recover as quickly and prepare as adequately for future disasters when compared to more affluent, white, and socially connected residents. While the 2019 U.S. hurricane season may not have been as devastating as 2017, which produced three of the costliest hurricanes in U.S. history, this year’s floods have compounded the emotional, physical, and financial trauma in vulnerable communities all along the Texas Gulf Coast that are still haunted by Hurricane Harvey.

The frequency and intensity of these 500-year storms creates a cycle where recovery never ends but just continues as each disaster adds new challenges to the efforts to rebuild and move forward. Consequently, residents along the southeastern Gulf Coast and even the presidential candidates have been spending the last few months discussing how to address these pervasive, climate-related disasters. Certainly, there is no perfect solution to managing climate-related disasters. It will most likely take multiple interventions to help communities prepare for, respond to, and recover from future disasters. As we continue the national conversation about how to combat this symptom of climate change, we need to be asking ourselves if the current individual, community, and national actions and policy ideas are further contributing to the disaster trauma being experienced, particularly in underserved communities?

Do I Just Relocate?

Among coastal residents, there are feelings of resignation and questions of whether living in Houston is worth it. These thoughts have ramifications for recovery. Those that decide to exit a community may feel like they are making the best choice for their families, but this decision may negatively impact residents who either cannot afford to move or do not have the breadth and depth in their social connections with family and friends to make the jump to move outside of the devastated area. In turn, population declines in disaster-affected areas can slow down the local economy and result in communities receiving fewer federal funds following the next census for those families left behind, who are generally more likely to already be at some social and economic disadvantage. Data that we collected provided mixed results and while several persons we talked with didn’t have a choice about moving because their community was gone, others said they would stick it out and rebuild even though now, more than two years later, some of them still have a tarp on their roof and are trying to finish a project that must look like it has no end in sight.

In the wake of Hurricane Harvey, Houston took action to address climate change. From establishing new building codes to investing in flood control, Houston has certainly focused on creating a resilient physical infrastructure. However, the process to fortify a city on the front line of increasingly destructive hurricanes takes time, and Tropical Storm Imelda was not going to wait as it flooded over 1,700 homes. As these storms line up off the coast and blow hard into the Gulf of Mexico, we need to be asking: What can we do in the meantime to create a more resilient social infrastructure? Beyond investing in new buildings, new water displacement and retention strategies, we also need to invest in community resources that can help survivors cope. We have to equip outreach organizations to have all the resources that they need to make a difference to those that need help immediately. We have to equip communities with resources that can be easily deployed, and managed across all socioeconomic neighborhood lines.

This 2019 hurricane season has taken place while presidential candidates vie for the Democratic presidential nomination. While some candidates have been a little light on substance regarding their climate policy, there are a few with disaster-specific parts of their plans worth noting. Tech entrepreneur, Andrew Yang, has sounded the alarm that we are too late to stop the negative consequences of climate change, and instead, has proposed funding programs that would move families away from the coasts and on to higher ground. Former Texas congressman, Beto O’Rourke, offered a similar sentiment at a recent CNN town hall. Just as the City of Houston is racing against time to implement a climate action plan before the next disaster strikes, funding efforts of relocation will also most likely be logistically complicated and take time. Relocation also fails to take into account that place attachment may override any financial incentive to move. Our data revealed that people felt intensely strong connections to their community and as a result, even in the face of impending disaster, were attached and rooted and did not/do not want to leave.

In contrast to relocating residents, South Bend, IN mayor, Pete Buttigieg, has proposed the creation of a community-centered disaster commission with a particular emphasis on assisting island and coastal communities. Moreover, Buttigieg wants to move federal dollars toward developing regional resilience hubs comprised of elected officials, the private sector, academics, and local citizens. Given the fact that nearly half of the Texas residents we spoke with did not believe their community actively prepared for disasters, regional resilience hubs may help foster a much-needed dialogue between emergency management officials and local residents about disaster preparation and response. However, these hubs will only be successful if they make space for the underserved and linguistically isolated populations to help shape local disaster management plans. For example, our research found that Latinx residents were significantly less likely to report that their communities shared clear information and managed disasters effectively when compared to non-Latinx residents. The Houston Immigration Legal Services Collaborative echoed a similar sentiment about disaster communication and outreach in their post-Harvey humanitarian action plan.

Clearly, neighborhoods and communities will have different disaster experiences—from preparedness to recovery, which all too often reflects the deepening structural divide in our country. In what seem to be never-ending cycles of disaster recovery, these de facto racial and economic divisions play a role in compounding disaster trauma. Somehow, we need to stop replicating these disaster responses that continue to generate the same pictures, the same anguish, and the same outcomes that reinforce the reality that who you are and where you live determines how and if you weather the next storm.

Kevin M. Fitzpatrick is a University Professor in the Department of Sociology and Criminology at the University of Arkansas. He is the author of many books, including Place-Based Perspectives of Food in Society. Matthew L. Spialek is Assistant Professor in the Department of Communication at the University of Arkansas. They are the authors of Hurricane Harvey’s Aftermath: Place, Race, and Inequality in Disaster Recovery, forthcoming from NYU Press in August 2020.