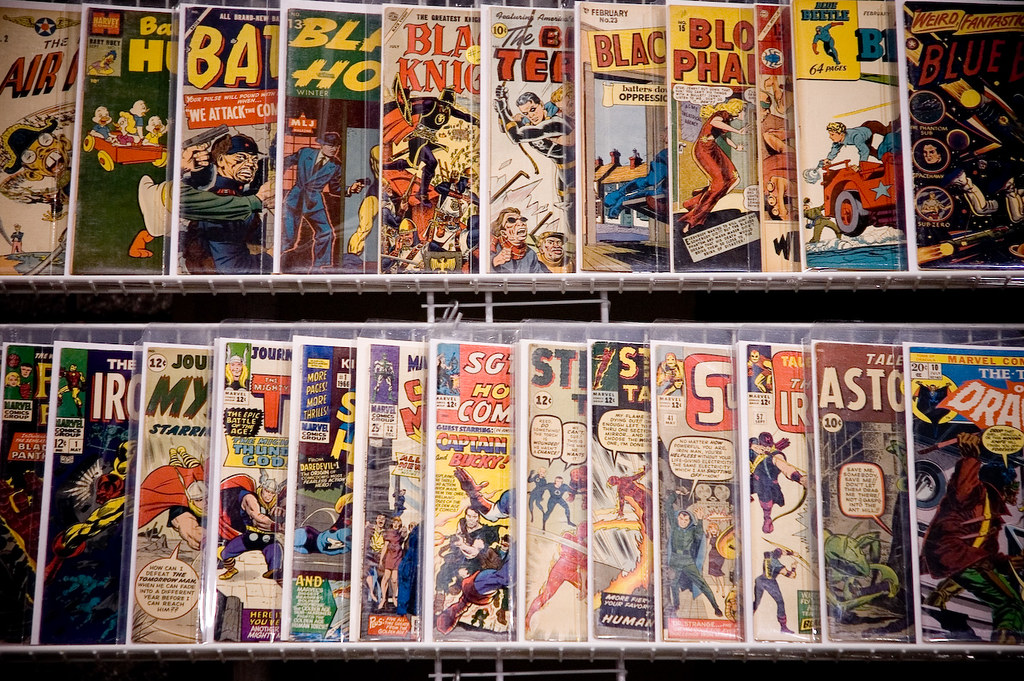 In his book Comics and Stuff, Henry Jenkins considers how comics display our everyday stuff—junk drawers, bookshelves, attics—as a way into understanding how we represent ourselves now. We caught up with Henry to find out more about the shifting cultural role of comics, how comics reflect our relationships to material things, and more.

What questions do you consider in Comics and Stuff?

How have the values (economic, cultural) associated with comics shifted as they move from disposable to enduring artifacts?

What stories do comics tell about our relations with “stuff” — our material belongings and the meanings we bestow on them?

How do graphic novels visually display meaningful objects in ways that communicate from one collector to another?

What different kinds of stories do male and female graphic storytellers share about their relationship with stuff (i.e. collecting vs. inheritance)?

How has the relationship between culture and comic books changed since the heyday of comics in the 60s? How has its audience changed?

Art Spigelman talks about the “Faustian bargain”  comics creators and artists have made as they seek cultural respectability and acceptance within the literary/art world. Once a disposable medium, printed on cheap paper and meant to be tossed after read, comics have become “graphic novels” printed and bound as enduring objects, meant to go on library shelves. Today, there are two comics industries — genre entertainment  intended for specialized shops serving  hardcore fans and literary fiction intended for a general reading public. As this shift in status takes place, comics creators find themselves reflecting on what should be preserved and what should be discarded from their legacy and these reflections find their way into the books themselves.

In your introduction, you talk about how comics became “graphic novels.” What does this transition say about the culture around the medium?

The term graphic novel reflects this ongoing struggle over cultural status, borrowing prestige through analogy with another expressive tradition. It reflects the emergence of alternative comics — not the epic adventures of the superheroes, but autobiographical and fictional reflections on the everyday life world. Graphic novels often incorporate ordinary cultural practices and materials, including those involving our relationship with our “stuff.” What gets handed down from one generation to the next? What do we intentionally seek out as materials for our collections? What kinds of meanings do we map onto the things in our lives?

What are some of the comics covered in this book?

The works I discuss include: Ghost World, Day Trippers, Asterios Polyp,  the works of Seth, Waldo the Cat, Alice in Sunderland, My Favorite Thing Is Monsters, You’ll Never Know, Special Exits, Can’t We Talk About Something More Pleasant? And Bayou.  Each represents a very personal work which reflects, one way or another, the artist’s own relationship to objects in their lives. These works are highly intentional — nothing exists in the panel which was not drawn there with a purpose and often, the objects depicted offer us keys into larger structures of meaning.

You titled the book Comics and Stuff. What is the “stuff” you are referring to?

By stuff, I mean our material belongings and the emotional baggage and personal memories they carry for us. The term, belongings, already implies that the things we own are strongly attached to our personal identities. How we manage our stuff has become a central problem of the modern world as we accumulate so many meaningful objects. Whole genres have emerged — from unboxing videos to programs appraising antiques — which speak to our ways of sorting through and ascribing meaning and value to such things. We ask ourselves what “sparks joy” as we cull through the clutter, curating the materials of our own lives.

If you were to pair Comics and Stuff with particular comics or graphic novels, what would they be?

The most meaningful comics I own are my father’s battered copies of Walt Kelly’s Pogo, printed in paperback book form in the late 1950s and early 1960s. Pogo itself is meaningful to me because it is set in Georgia, my home state, and thus reflects my heritage. But while I have the content in multiple formats, these particular editions matter to me because they belonged to my father, because they connect his cultural interests to my own, because I have memories of him reading them, etc. These books, thus, illustrate my central interest in stuff as the bearer of both cultural history and personal memory.

Who did you write this book for?

Well, first of all, I wrote it for myself. This is probably my most personal book to date. I wanted to sort through my own relationship with “stuff.” Each of the works I chose speak to aspects of my own cultural identity.  But beyond that, I wanted to encourage others to reflect on their material objects and to foster greater critical engagement with some of these remarkable graphic artists. This work will speak to the emerging field of comics studies but I believe it will find interests beyond those already engaged with graphic novels, speaking to a larger interest in material artifacts that runs from anthropology and sociology to art history and literary studies.

Where do you see the future of graphic novels heading?

Graphic novels are becoming increasingly central to our culture. We are seeing an expansion of who gets to tell their story through this medium as alternative comics become more and more inclusive. We are seeing graphic novels adapted for both film and television, not only the highly visible superhero films but smaller independent films reflecting the intimate storytelling that dominates the realm of alternative comics. The question which remains is whether graphic novels can enjoy this level of artistic respectability without losing the pop vitality which made many of us fans fall in love with the medium in the first place. 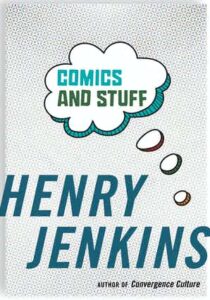 Henry Jenkins is the Provost’s Professor of Communication, Journalism, Cinematic Arts and Education at the University of Southern California. He is the author or editor of 20 books including Convergence Culture: Where Old and New Media Collide, Spreadable Media: Creating Meaning and Valuein a Networked Society, and Comics and Stuff. He blogs at henryjenkins.org and co-hosts the podcast How Do You Like It So Far?