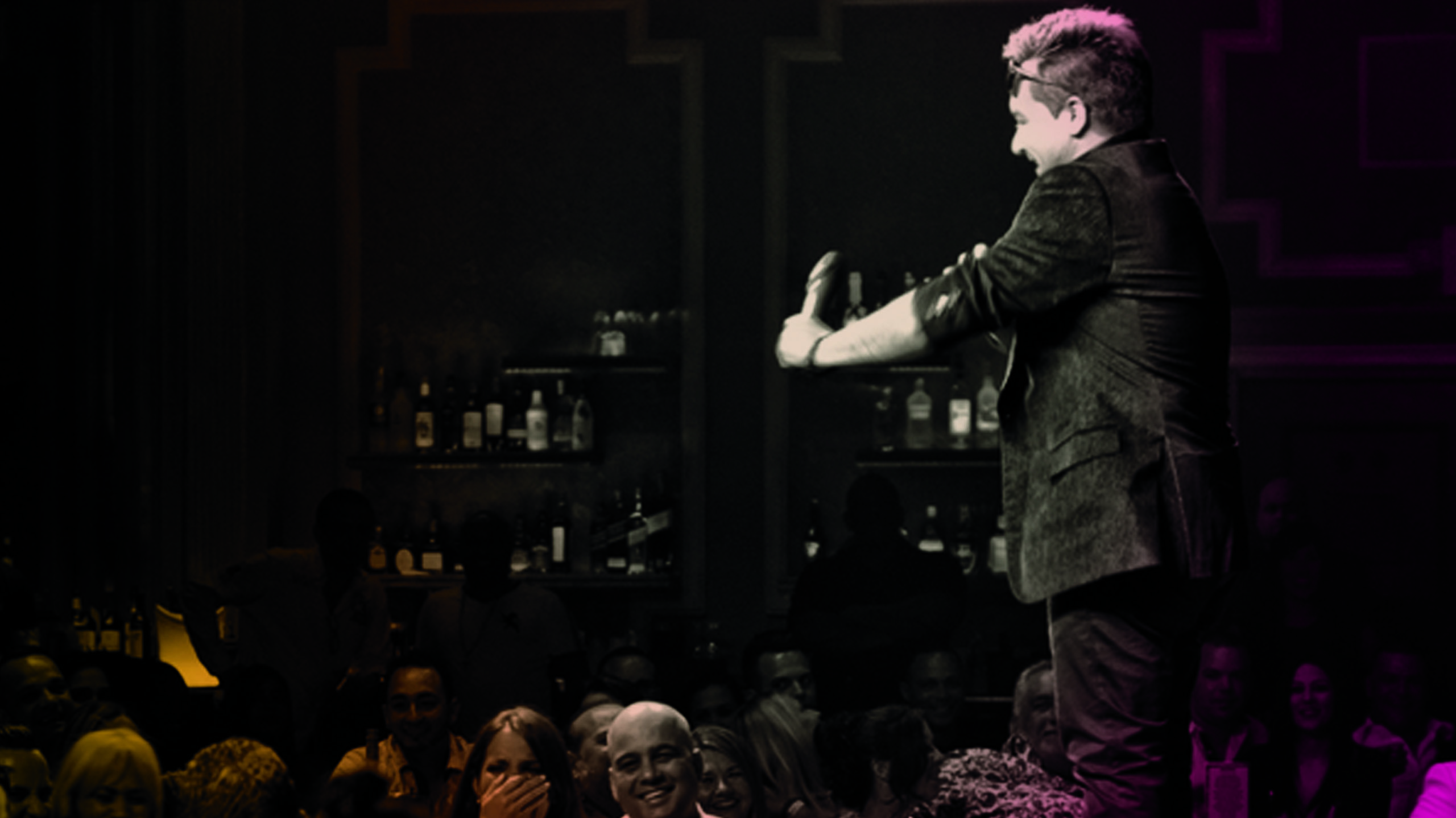 [This piece was originally published by Cuba Counter Points.]

On a hot night in Havana last October, I attended a night of comedy in honor of the 75thbirthday of Cuban composer Leo Brouwer. Some of the most respected names in Cuban comedy were there: Alejandro “Virulo” García, Telo González, the recently departed Carlos Ruíz de la Tejera, and Omar Franco. The audience applauded early and often as the artists mined their “best of” repertoires. The honor of closing the show went to Omar Franco, who ended his set with a bit that was familiar, but unlike anything else I had heard that night.

The routine was about a Cuban who had moved to rural Pennsylvania to get away from the suffocating heat and the very particular Cubanness (or cubanía) of Miami. Told as a series of diary entries, the audience laughed at how the Cuban slowly begins to hate life in Pennsylvania and its unrelenting cold despite his best attempts to rationalize its virtues. It’s not long before he begins to curse the state, “la mierda blanca” (or white shit) that is snow, and the plow that is barricading him in his own home. After breaking his leg on a patch of ice and destroying his car in an accident involving a deer, the Cuban decides that he has had enough of Pennsylvania’s “beauty” and moves back to Miami for the “heat, humidity, hurricanes, and Cuban coffee.”

If audience reaction is any indication, Franco had indeed left the best for last. But the success of the material was never really in doubt. What Franco had managed to do was give a fantastic performance of one of exile comedian Guillermo Alvarez Guedes’s most popular routines, “Diario de un cubano.” Despite the fact that the Cuban government banned his material and that he never returned to the island, Alvarez Guedes and his thirty-two stand-up comedy albums are beloved among comedians and the general public in Cuba. When he died in 2013, comedians on the island were outspoken about his influence on their art and his place in the pantheon of Cuban comedy.

But Cuban humor does not simply flow in one direction. It is well known that Alvarez Guedes performed many jokes sent to him from Cuba. Modesto “Kiko” Arocha has collected political jokes from the island and published them in two volumes. Humor, in many ways, has served as a narrative bridge between the island and the diaspora for decades. This has never been more apparent than in our present moment.

Interest in island-based artists is in large part due to the massive generational shift that has occurred in Cuban Miami in the last twenty years. The exile generation’s often-confrontational position on cultural exchanges has moved to the background as more recent arrivals have reshaped what it means to be Cuban in Miami politically and culturally by cultivating stronger transnational ties. Popular culture is one way that this desire for increased transnational contact manifests itself. 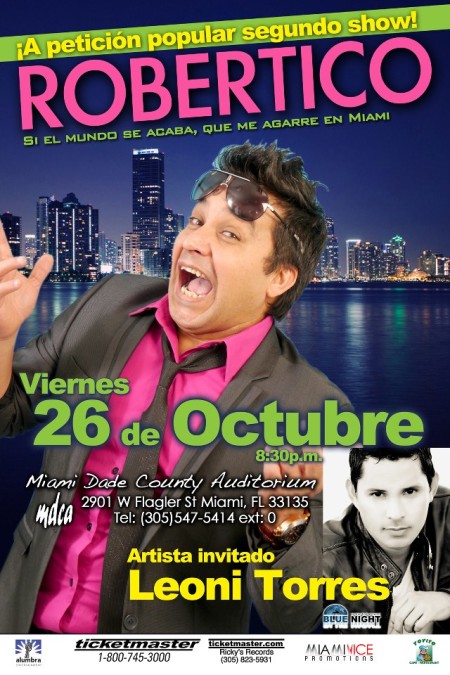 For this reason, popular comedians like Robertico can travel to the United States and sell out not only predictable venues like the Miami Dade County Auditorium but also smaller clubs in cities like Houston, Tampa, and even Kentucky, with sizable communities of recent arrivals. Like him, Cuban artists like Nelson Gudín (El Bacán) and Luis Silva (Pánfilo) frequently appear in theatres and on television networks in South Florida geared towards Cuban audiences such as América TeVé and Mega TV. Though they all bring their own style to the United States, they often use similar strategies to entertain their diasporic audience: the invocation of nostalgia through characters or bits the audience might remember from when they lived in Cuba; a comic perspective on life in Cuba today; and the ever popular narration of the cultural clash experienced when one arrives in Miami from the island (jokes about the lack of potholes and ubiquity of beef in South Florida abound).

Much has been written about el paquete and its central place in contemporary Cuban popular culture. For the uninitiated el paquete, or “the package,” refers to the bundling of mostly foreign popular culture and media for mass consumption on the island. Circulated via flash drives, hard drives, and DVDs, the weekly paquete features the latest Hollywood blockbusters, YouTube video compilations, cartoons for children, gossip magazines, homegrown Cuban artists, and novelas and serials from all over the world including Japan, Spain, Mexico, Brazil, and Korea—to name just a few content categories.

What is so often lost in the mainstream media conversation about el paquete is its deep connection to the diaspora. Comedians like Alexis Valdés and Carlos Otero who became famous in Cuba now host comic variety shows in Miami that feature hard-hitting satires of the Cuban government and quotidian life on the island. The inclusion of their shows in el paquete on a weekly basis and the availability of “best of” compilations for sale at kiosks throughout Havana suggest that people are indeed tuning in.

Diasporic artists are aware of their transnational appeal. It is not uncommon for hosts and their guests to greet their audience in Cuba watching them on el paquete. In a December 2013 interview with the OnCuba magazine, Alexis Valdés reflected on his popularity on the island: “One day we were told ‘the show is a smash hit in Cuba’ and we said, then we must consider that we are also working for people in Cuba, and we started doing things also thinking on the people of the island…I also think about the public who needs to laugh in Cuba.” (sic)

But el paquete’s connection with the diaspora goes beyond content. The very material conditions that make it possible to exist are in large part due to the diaspora. I speak not of the content, which is downloaded via high-speed Internet connections and pirated satellite signals on the island. Instead, I refer to the computers, flash drives, DVD players, and cell phones that, since the Cuban government’s relaxation of ownership rules in 2008,  make the circulation of this content via el paquete possible across the island. The presence of these tools cannot be divorced from growing remittances in the form of cash and goods from Cubans living abroad and that allow those on the island to consume foreign media products.

The conversation around U.S. Cuban Relations (or what we are here calling “MIABANA”) can  be dominated by statistics and policy matters. But a close look at popular culture reveals how relationships and connections between Miami and Cuba are being forged and lived by the people building and maintaining them across the Florida Straits. The increasing fluidity of popular culture across creates a web of common references, shared experiences, and points of contact that is no doubt contributing to an intensifying transnational cubanía. 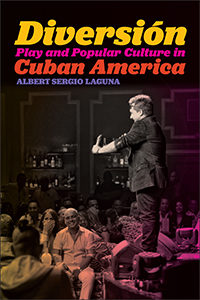 Albert Sergio Laguna is Assistant Professor of American Studies and Ethnicity, Race, & Migration at Yale University. He is the author of Diversión: Play and Popular Culture in Cuban America.