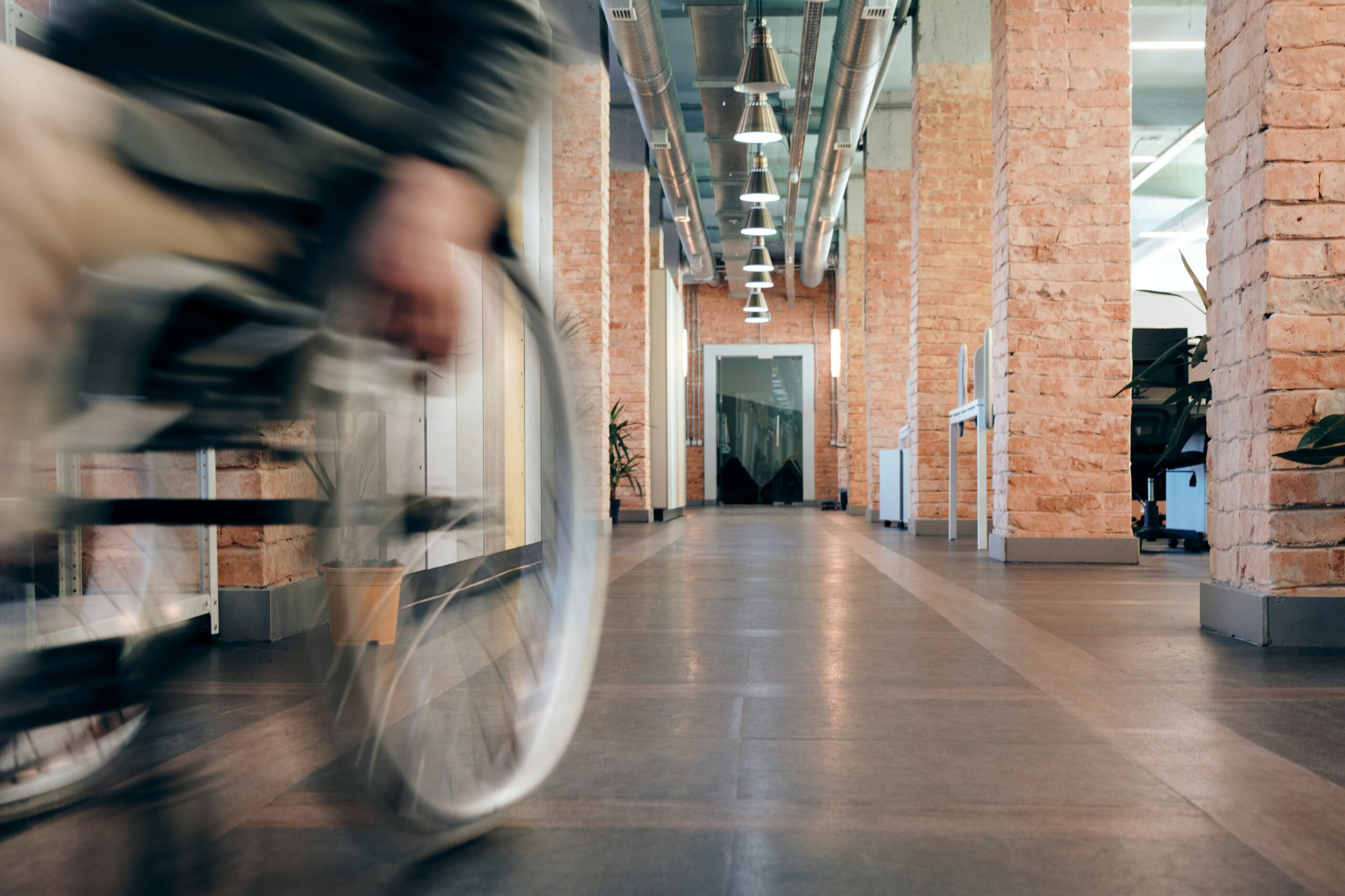 As an accessibility specialist at the Center for Independent Living in Berkeley, CA, in the 1970s, Eric Dibner kept dozens of letters and notes that are now held with his papers at UC Berkeley’s Bancroft Library. One set of letters came from an Oakland man who was something of a one-man access patrol: Keith Kellum, a Public Defender in Alameda County and a wheelchair user, wrote to local businesses to inform them of design changes that would improve access. To Sizzler: “Although it was pleasant to be able to enter your restaurant through the level parking lot doorway in my wheelchair, I was disappointed to find there was no door knob on the door.” To Bok Sen restaurant: Kellum enjoyed the “very fine cuisine,” but noted that in the restroom, “there is a sharp 90 degree turn to the left as one enters which is not wide enough to allow a wheelchair to pass easily.” Kellum didn’t limit his commentary to restaurants: after attending a funeral, he notified St. Teresa’s church that “there is more than adequate room to construct a ramp” at the church entrance.

Although Kellum’s letters from 1976-1978 pre-date the Americans with Disabilities Act, Kellum noted that these businesses were subject to the 1970 California Health and Safety code that required access in all public buildings. Some businesses ignored or were resistant to this correspondence. Vic Bergeron of Trader Vic’s (headquartered in nearby Emeryville) wrote to Kellum, “why the hell don’t you mind your own business instead of trying to stir up something that doesn’t exist. You are the real culprit not me – trying to make a profit off these poor souls.”

Kellum’s stash of letters is one small archive of disabled people’s customer complaints before and since the years in which accessible design began to be required under U.S. law. Bergeron’s accusation of capriciousness resonates with a common perception that these complaints are excessive and profit-motivated. Last month, five days before the 31st anniversary of the signing of the A.D.A. – and 51 years after that California Health & Safety code was issued – Lauren Markham of the New York Times wrote a lengthy consideration of disability lawsuits, asking “is it profiteering – or justice?” Markham organized the article around the story of DanVy Vu, a San Leandro, CA restaurant that was served a lawsuit by Albert Dytch, a 71-year old wheelchair user who has filed more than 180 A.D.A. lawsuits in collaboration with a local lawyer.

The Times article depicts a hard-working immigrant restaurant owner feeling the hit of pandemic losses, who finds herself subject to an expensive lawsuit. The trope of “profiteering… or justice?” has appeared in many media stories on the post-A.D.A. legal environment, including a scathing episode of This American Life titled “Crybabies,” and a 2016 60 minutes segment by Anderson Cooper on “Drive-By lawsuits” by plaintiffs who observe code violations without even entering a business. Many of these stories focus on the toll on small businesses that operate on slim margins and may have spontaneous facilities issues such as having to expand outdoor seating in a pandemic. They also, as legal scholar Daniel Goldberg tweeted in response to the article, contribute to “epistemic injustice”: the constant “suspicion, disbelief, and doubt” that are written into U.S. disability policies at all levels.

As I detail in Accessible America: A History of Disability and Design, access is not something that immediately appeared – not after the first building standards and architectural guides were published as early as 1960, not after state and city codes required it, and not after federal mandates or their many updates. There is no “A.D.A. Squad” that comes to check on compliance; access is enforced only by code review in construction. When writers ask whether lawsuits represent “profiteering” or “justice,” they leave out several possible alternatives, such as the kind of subsidies offered disabled veterans for their houses, or small-business grants to support renovations or ongoing maintenance.

In this media coverage, little attention is given to any positive outcome of disabled people’s access complaints. In 1977, a month after Vic Bergeron told Keith Kellum to “mind [his] own business,” he admitted in a follow-up letter that he was going to install hand rails in the bathroom, insisting it was “not because you have asked me” but because I am getting old and it’s hard for me to get off the can.” Likewise, DanVy Vu from the Times article made access improvements such as removing furniture from the accessible restroom (a common – and easily avoided – barrier of neglect) and now describes herself as a “walking P.S.A.” informing her fellow restaurant owners of access violations. As for Kellum, Eric Dibner wrote that “Thanks to you, Oakland now enforces access codes to the ‘T.’”

Complaining about access is tiresome, and disability-access lawsuits make for bad press. They reveal the real design outcomes of policies without enforcement and disabled people left responsible for the task of complaint. But they, too, are a means of designing access in a legal system that offers few other alternatives. 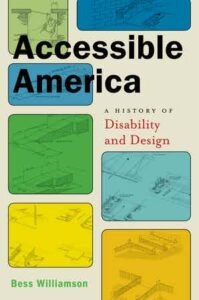 Bess Williamson is Associate Professor of Art History, Theory and Criticism at the School of the Art Institute of Chicago. She is the author of Accessible America: A History of Disability and Design, available from NYU Press.

Photo by Marcus Aurelius from Pexels