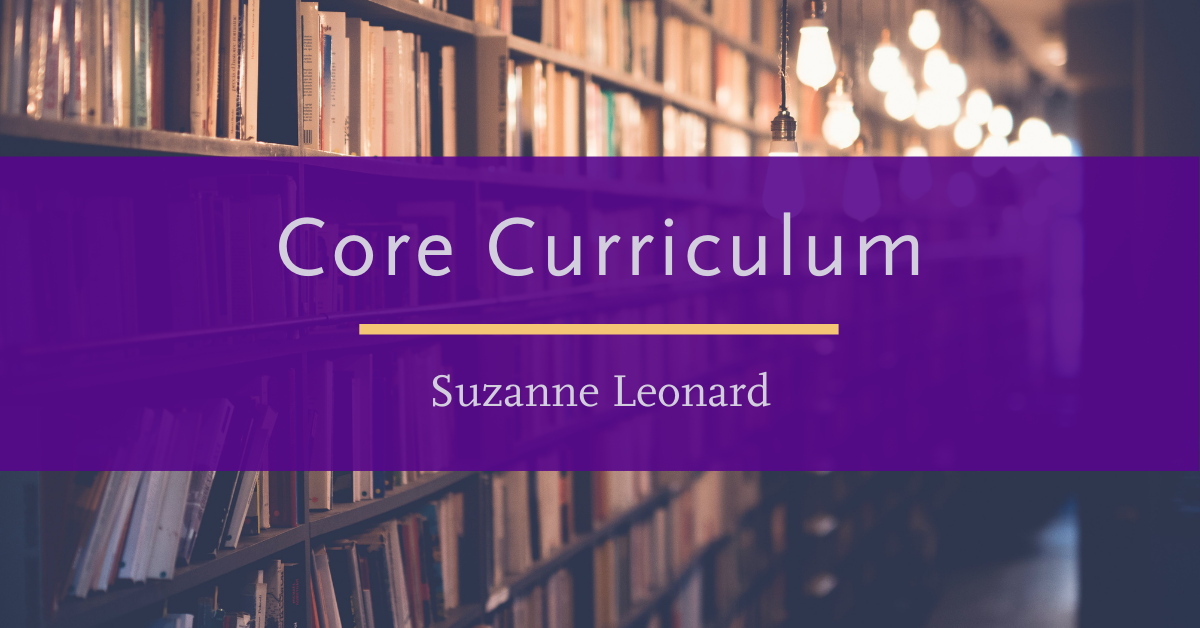 In those panicked moments when one is trying to figure out how to start a book that’s mostly already written, I fortuitously found Lifetime’s Married at First Sight (2014-). I was elated by the thought of the show’s conceit: namely, aspiring spouses leave matrimonial decisions up to “experts” and marry a stranger who has been selected for them.  There it was—the hook I was looking for to explain what I saw as marriage’s newly entrepreneurial exigence in the 21st century. Orchestrating a rationalized system for the procurement of a mate, Married at First Sight elevated an individual’s readiness for marriage into the sole reason they undertake the commitment. How singular, I thought, but how apropos for my book. Yippee!

Was I wrong in thinking that dating as a social experiment was a passing fad.

Married at First Sight is now in its fourteenth season. In the meantime, Netflix has distinguished itself as the sine qua non of bizarre dating paradigms. The network is the creator of Sexy Beasts (2021-), where aspiring lovers appear as unrecognizable monsters and court in makeup and costume. The couples who met and proposed (sight unseen) in Love is Blind (2020-), continue to dominate the airwaves—see here for recent a piece on the show by NPR. And, in April of 2022, Love is Blind hosts Nick and Vanessa Lachey will launch The Ultimatum, using the prototypical understanding of that term: “marry [me] or move on.” À la Temptation Island (2019-), participants will date other people in order to decide to fully commit or walk away.

The most anachronistic of these recent offerings—though the most narratively conventional—is NBC’s The Courtship (2022-), an unabashed rip-off of ABC’s The Bachelor (2002-), only with a Jane Austen twist. The Courtship apes Regency-era dating protocols and is filmed in the same castle that played host to scenes in Netflix’s Bridgerton (2021-). In the reality version of this fantasy of color-blind casting, husband-seeking Ms. Nicole Rémy is joined by a racially diverse court involving her sister, parents, and best friend, and would-be suitors clad in knee breeches who bow a lot.

What I thought was a convenient gimmick was, as it turns out, a new zeitgeist of social experiments that employ newish (but actually old) methods by which to formulate marital arrangements. But why?

After Wife, Inc., was published in 2018, I went on to edit an anthology called We in the Age of I: Romance and Social Bonding in Contemporary Culture. My co-editors and I wrote the introduction to the volume in the throes of the COVID-19 pandemic, when dating norms were widely thought to be up-ended due to the pressures of forced isolation and quarantine restrictions. During this period, we scanned innumerable think pieces written about the following topics: Zoom dates; the rise in nude selfies and sexting between friends and paramours; couples who moved in together shortly after meeting; couples who remained living together because they had nowhere else to go; the difficulties of dating across national borders; the postponement or cancellation of large-scale weddings; and the workarounds couples found under those circumstances to still wed. As these examples illustrate, barriers to coupledom legitimately put in place during a global health crisis led to considerable narrative tension. Put simply: during COVID, dating became a drama again.

Of course, wedding and dating discourse, like the marriage industrial complex itself, has proved fairly impervious to the passage of time and its accompanying social and economic fluctuations. In this respect, the current surge in dating television is nothing new. Emergent, however, is the notion of “struggle,” an affective regime that has links to COVID-era restrictions but was certainly not created by them. This new groups of shows underscore the following sentiment: only with limitations placed by false barriers like monster makeup, pods, other possible love interests, or Regency etiquette is the primary relationship earned and hence legitimate. This tendency is likely an intensification of the trends I dissected in Wife Inc. where, in rather formulaic neoliberal terms, only those that “work” on themselves and their relationships succeed. Today, artificially constructed barriers exist in inverse proportion to the perceived authenticity of the couple formation. In other words, the falser the pretenses, the more legitimate the couple that withstands them.

The participants on season 1 of Love Is Blind, which was filmed prior to the pandemic, talked eagerly and often about how, in the pods, they were able to bare their souls to a stranger, precisely because they were not distracted by physical interactions—or cell phones. Similarly, in the trailer for The Courtship, star Nicole Rémy says, “Modern dating is not working for me.” These invocations typically decry dating apps, once thought to be an efficiency boon. In the 2020s, “swiping right” (as one does in Tinder to indicate a match) became newly apprehended as a coldly transactional move; at the same time, daters found themselves overwhelmed by the sheer number of choices, and the persistent sense that someone better could be on the next screen. Dating show participants—outwardly, anyway—wax poetic on the loss of romance and meaningful connection promulgated by contemporary dating norms, and lament the overarching weight that appearances have come to play in that process.

The instantiation of any new technology leads, to be sure, to these same nostalgic proclamations. The shows under discussion here name and codify a longing for connection. In purporting to answer this supposed lack, however, dating shows create the conditions for its persistence. In reality, these shows offer no real alternatives to superficial dating norms. If anything, by using the “reveal” as the place by which to cement a relational bond, these shows over-value the very thing they profess to reject. (Here, I use “reveal” in the broad sense:  the unmasking of the person’s appearance or merely the stated choice of whether, and with who, the dater will proceed.) More prosaically, few people can leave their jobs for three to six weeks to pursue a “pure” romantic experience; one male contestant on Love is Blind season one breaks down over the prospect that at the end of this experiment he might not have a job to return to. The notion that one can escape the realities of an appearance-driven love market—or even plain economics—when pursing romance hence repeatedly proves itself false.

Watching Ms. Rémy and suitors navigate cricket and drawing room-talk over the last few weeks, I long to remind the Jane-Austen loving producers of The Courtship that Austen’s fascination with marriage was, at base, impelled by the recognition that marriage brought economic security to her quick-tongued heroines. While love was nice, money was a necessity. I say this to point out that though marriage appears, in some form, in all the aforementioned dating shows, there is little acknowledgment of its continued functioning as an economic arrangement. Bluntly put, while today marriage remains a way for the educated upper classes to ensure economic security, it is increasingly out of reach for everyone else—this divide, in turn, has everything to do with heightened economic stratification in the U.S.

Another emergent discourse involves these shows reckoning with race, racial inequality, and the concept of being “race-blind.” Season 25 of The Bachelor navigated this reality rather ham-fistedly when it was revealed that one of the finalists vying for the hand of its first Black bachelor, a white woman named Rachael Kirkconnell, attended an antebellum-themed college party in 2018. (In turn, longtime host Chris Harrison permanently stepped down from the franchise after defending Kirkconnell.) Love is Blind has likewise tiptoed into this territory: discussions between participants have centered around what it means to be an interracial couple (Lauren and Cameron) and why it might be that though they are themselves Indian American, they have never dated others who share this background (Shake and Deepti). The jury is still out on whether The Courtship addresses this subject at all: Ms. Rémy’s Blackness has not yet arisen, nor has it acknowledged that the British empire was an unabashedly colonizer during the historical period over which the show routinely fawns.

Finally, these shows have done little to acknowledge sexual variability, or the intersectionality therein—when Love is Blind’s Carlton, a Black man, revealed his bisexuality to his fiancé, their ensuing blow-up obviated the relationship. At the same time, these shows are increasingly, vocally, about sex. Particularly, we see direct acknowledgement that would-be life partners need to find sexual compatibility; in turn, such determinations are based not only on sexual attraction, but also, crucially, on the “how good” of the sex. Even on the formerly prudish The Bachelor it has been made clear that contestants are sleeping together, and not only in the fantasy suite. Likewise for the trial periods featured in Married at First Sight and Love is Blind, where the couples get to be and live together, sex is a crucial topic of action—and discussion.

To close on a prediction related to this last point: what if the next “social experiment” stopped pretending to disavow the polyamorous liaisons many of these shows already feature? Might the pretense of monogamous marriage drop out altogether? Girlfriends, Inc. anyone?

Suzanne Leonard is Professor of Literature and Writing, and director of the Gender and Cultural Studies Master’s Program at Simmons University. She is the author of Fatal Attraction (2009) and co-editor of Fifty Hollywood Directors (2014) and Imagining We in the Age of I: Romance and Social Bonding in Contemporary Culture (2021).

This author does not have any more posts.