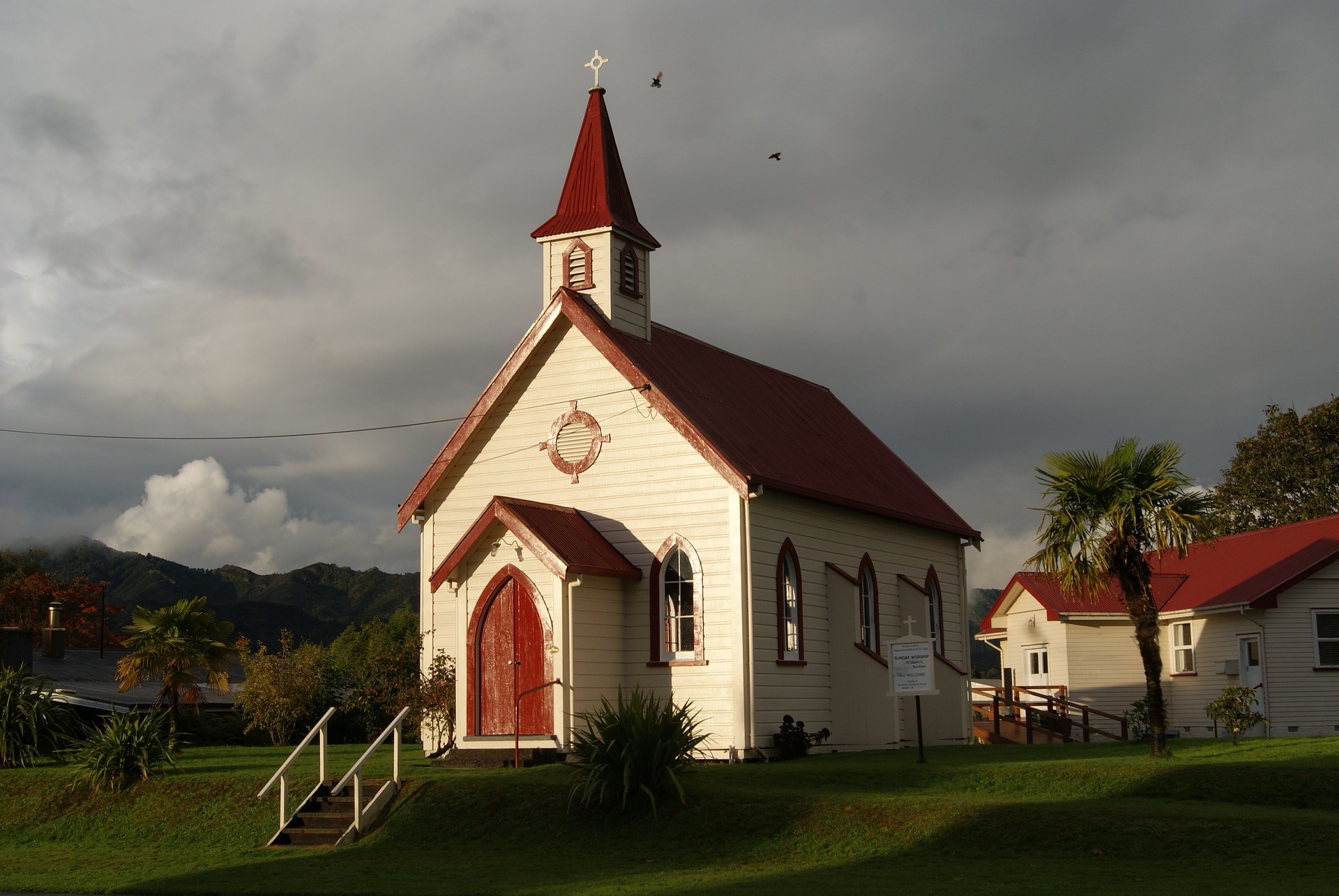 In pre-modern days if someone was sick they would commonly pray to the gods or visit a shaman or wisewoman to be healed; perform the correct ritual, take a potion or tonic, and say the right words or prayers. As the world entered the modern and enlightened age, scientific and technological advances alongside increased emphasis on reason and logic set the stage for a new approach to health. No longer did people need to pray to the gods or perform the proper ritual to be healed, they could see a doctor and take some medicine on their hopeful road to eventual recovery. The gods became less necessary.

Which brings us to the current COVID-19 global pandemic. With many edicts around the world for mass gatherings to cease, religious groups have had to confront fundamental questions about the relationship between religious faith and science (see two New York Times articles, “God vs. Coronavirus” and “‘None of Us Have a Fear of Corona’: The Faithful at an Outbreak’s Center”). Some religious groups have conformed to the social pressures to cancel worship gatherings. Others have not, shaking their fist at the health experts by continuing to gather with their faith communities, deferring instead to God: “God will protect us.” As we saw in some social media exchanges recently, if religious groups have such faith in God during COVID-19, where is their faith when they hire security guards and carry guns to church? But that is another topic … or is it?

In our new book, None of the Above: Nonreligious Identity in the US and Canada, we examine those who say they have no religion, the fastest growing (non)religious group in the US and Canada and currently representing just under one-quarter of the population in both countries, and compare them to the religiously affiliated on several key socio-political indicators. One topic we give attention to is their attitudes towards science. Three takeaways from our research.

First, many religious nones in the US and Canada were raised within religious traditions, predominantly Christianity. Among the varied reasons for leaving their religious affiliation behind was the perceived disjunction between science and faith. As one of our interviewees, Patrick, lamented: “All the wonderful things that we’re doing with science, kind of put in question … and then religion tells you, don’t worry about the science, just believe blindly.” A scientific worldview is, in part, what characterizes and shapes many religiously unaffiliated.

Second, drawing on 2010 General Social Survey data in the United States, atheists as a subset of religious nones are more likely (85%) than those who believe in God (55%) to disagree or strongly disagree that “science does more harm than good.” Further, 2008 General Social Survey data reveals that 75% of American atheists disagree or strongly disagree that “we trust too much in science” versus 29% of those who believe that God exists.

Third, when asked about their main guiding source of morality, religious affiliates are far more likely to say religious teachings and beliefs versus the religiously unaffiliated (see Figure 1)— this is not surprising. And when we ask about scientific information, practical experience and common sense, or philosophy and reason as sources of morality, we discover greater levels of agreement among the religiously unaffiliated.

Figure 1: When it comes to questions of right and wrong, which of the following do you look to most for guidance? Estimates for US adult population, 2014 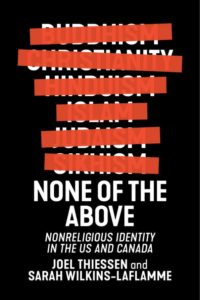 Joel Thiessen is Professor of Sociology at Ambrose University in Calgary, Alberta, Canada. He is the author of The Meaning of Sunday: The Practice of Belief in a Secular Age and co-author of The Millennial Mosaic: How Pluralism and Choice are Shaping Canadian Youth and the Future of Canada.

Sarah Wilkins-Laflamme is Assistant Professor in the Department of Sociology and Legal Studies at the University of Waterloo in Ontario, Canada.

They are the co-authors of the newly published, None of the Above: Nonreligious Identity in the US and Canada in the Secular Studies series.