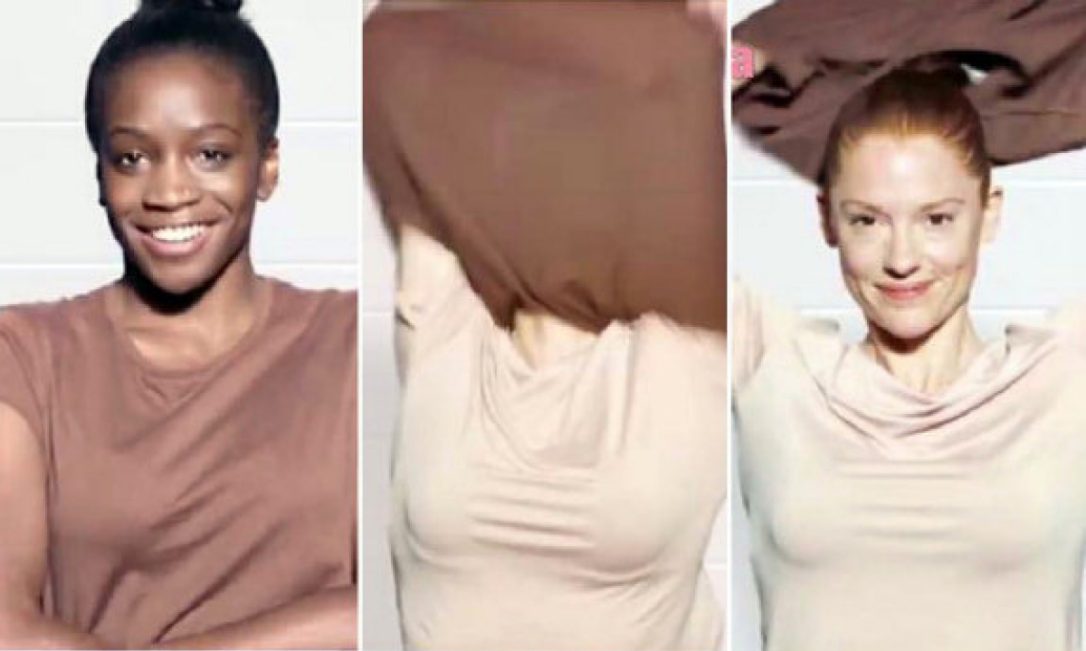 Dove Soap intended to celebrate diversity. At least that is what its owner Unilever said after public outcry shamed it into pulling an advertisement for its body wash showing a black woman removing her brown shirt to reveal a white woman in a light shirt. In a Facebook post on October 8, Dove stated: “The short video was intended to convey that Dove body wash is for every woman and be a celebration of diversity, but we got it wrong. It did not represent the diversity of real beauty which is something Dove is passionate about and is core to our beliefs, and it should not have happened. We have removed the post and have not published any other related content. This should not have happened and we are re-evaluating our internal processes for creating and approving content to prevent us making this type of mistake in the future. We apologize deeply and sincerely for the offense that it has caused and do not condone any activity or imagery that insults any audience.”

Dove, by its own statement, unintentionally tapped into one of the most corrosive racist stereotypes in American history – that white skin is clean and black skin is dirty. This stereotype is prevalent in an entire genre of advertising that proliferated between the Civil War and World War I, a period when the nation was particularly obsessed with hygiene and with race.

The obsession with race has obvious roots – the abolition of slavery upended a social system that justified bondage through assertions of white supremacy. In the decades after Emancipation, whiteness asserted itself through legal means and extralegal terror in the form of the rollback of Reconstruction, advent of Jim Crow laws, and proliferation of white terror groups promising to redeem the old order and preserve racial purity.

The obsession with hygiene makes sense, as the nation had just come out of the Civil War, when the majority of battlefield deaths came from infectious disease. As cities grew in population density, epidemics threatened public health. These threats led to a sanitary revolution involving wastewater management systems and a growing commercial market for soaps and cleansers.

The notion of purity was central in advertising during this period – purity in soaps and purity in food. Purity was synonymous with health, with reliability, and advertisers could convince the public that their products were safe and reliable with declarations of purity.

Purity extended to the tools Americans could use against filth, including the toothbrush, household cleanser, and above all, soap. Soap emerged as a potent weapon against dirt. Industrial development brought the masses many products at affordable prices, and soap was no exception. In the years after the Civil War, several manufacturers in the United States marketed soaps on a national basis. Among these were companies still recognizable in the early twenty-first century, including Proctor & Gamble, the makers of Ivory Soap. Less recognizable manufacturers to our eyes included the nationally distributed products of Kirkman & Sons, Sopaline, and Lautz Brothers.

All of these firms engaged in print advertising in the late nineteenth and early twentieth centuries. The marketing of soap, like of many products, grew increasingly visual between 1865 and the end of the century. As magazines and newspapers proliferated, growing larger, longer and in circulation, the number of black & white and (more often in magazines) color illustrations in their pages increased.

Manufacturers also used the United States Postal Service to send advertisements out, often in the form of small cards and pamphlets. Archivist Fath Davis Ruffins, who oversaw the organization of hundreds of these advertisements for the National Museum of American History, observed that advertisers felt greater license to use humor in these targeted advertisements (as opposed to placement in magazines, which might be read by a broader audience), and the humor displayed in the soap cards reflects tropes in both regional and national humor.

In these advertisements, patterns emerge. The rhetoric and imagery of hygiene became conflated with a racial order that made white people pure, and anyone who was not white dirty. A crucial concept in this reasoning was the idea that white skin was pure. 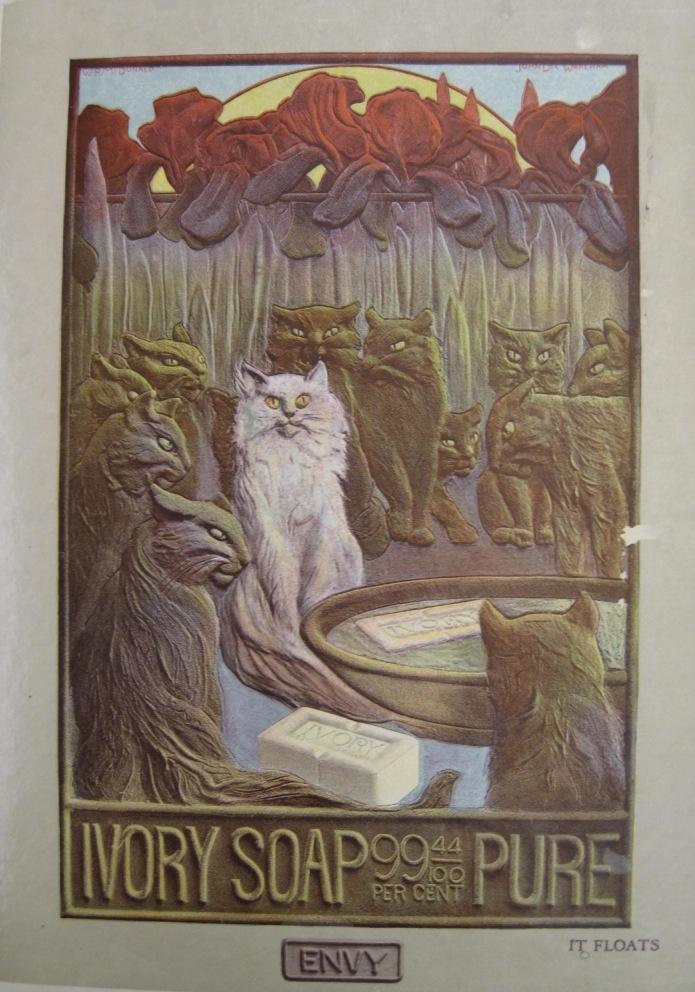 Many of the racial illustrations in the advertisements are not remarkable in and of themselves; they were present in much humor and advertising of the age, and the unpleasant caricatures (large-lipped African Americans, slant-eyed Asian Americans, hook- nosed Jewish Americans) are as predictable as they are offensive to twenty-first century eyes. An important subset of the advertisements, however, went beyond these stereotypes to explicitly racialize dirt. Several soap companies in the 1890s conflated the words “clean” and “white.” Proctor & Gamble’s marketing of Ivory Soap boasted of it being 99 44/100 percent pure white soap, and long into the twentieth century, its advertisements consistently emphasized the white color and its almost absolute purity: The sallowness of “smoky city” complexions, the advertisements maintained, “usually results not from ill health, or bad blood, but from dirt and can only be dispelled by the regular application of a pure soap,” and Ivory “has no equal, on account of its absolute purity.” It was so pure that it claimed to remove tan and freckles. Lautz Brothers and Pearline showed images of adults literally washing African-American children white.

Such a message wa 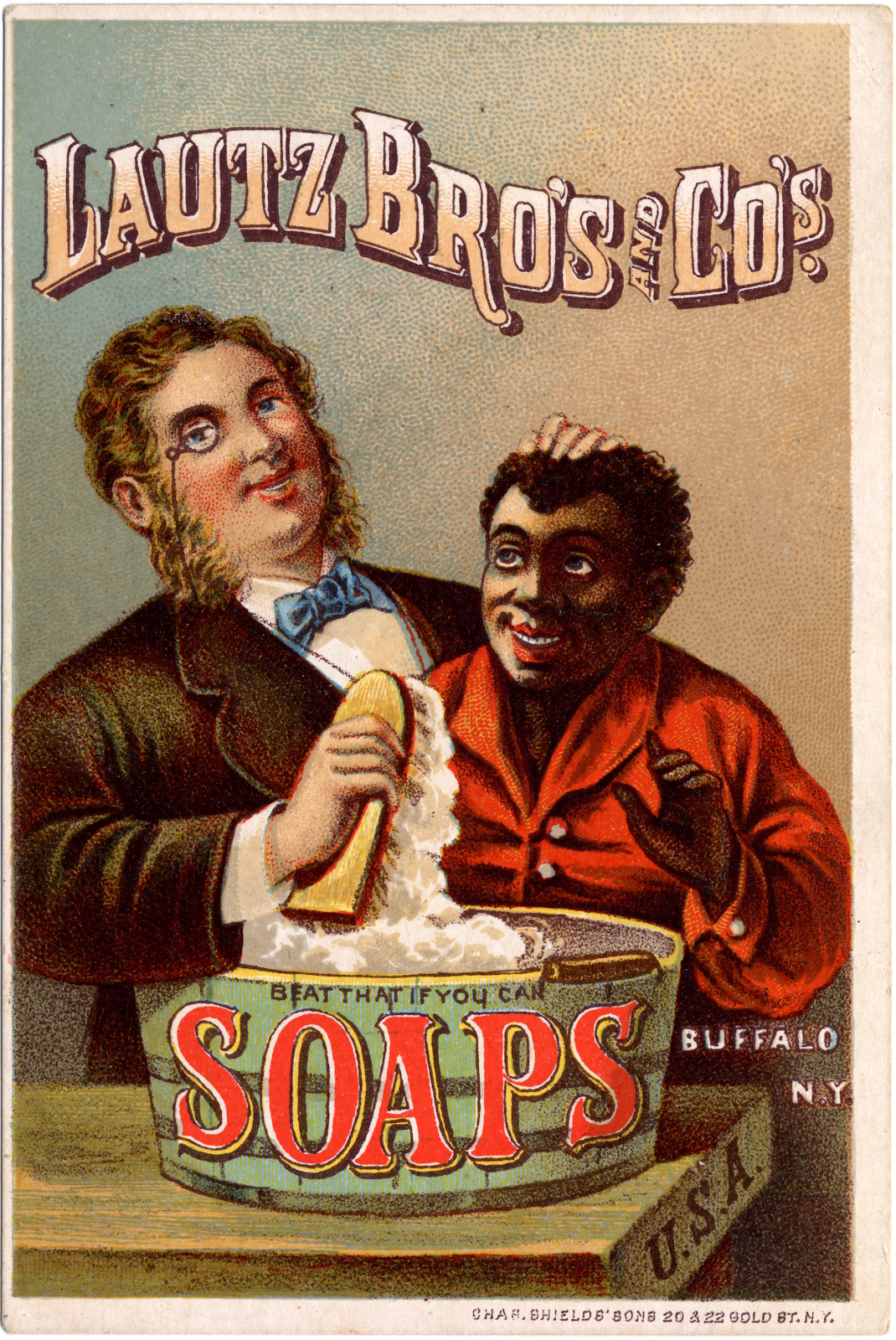 s consistent with the trope that skin darker than white was somehow impure and dirty. Products boasting of absolute purity claimed to be so powerful that they could literally wash away the stain of race.

Why do these images matter as anything beyond relics of America’s racist past? I wrote about these racist soap advertisements in my book Clean and White: A History of Environmental Racism in the United States because there are both material and symbolic reasons to remember these advertisements in the twenty-first century. Advertising exists in a cultural context; images are used that resonate with consumers. These particular images proliferated at a time when the rhetoric and imagery of hygiene became conflated with a racial order that made white people pure, and anyone who was not considered white was somehow dirty. It is a dehumanizing trope meant to subjugate peoples who threatened white supremacy. 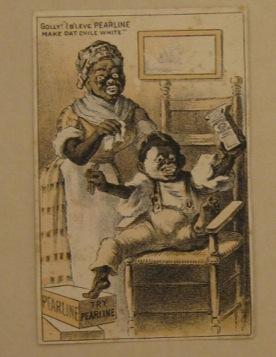 Between 1865 and 1940, that subjugation had material consequences. Since the end of the Civil War, American sanitation systems, zoning boards, real estate practices, federal, state, and municipal governments, and makers and marketers of cleaning products have all worked with an understanding of hygiene that assumes “white people” are clean, and “nonwhite people” are less than clean. This assumption is fundamental to racist claims of white supremacy, a rhetoric that involves “race pollution,” white purity, and the dangers of nonwhite sexuality as miscegenation. It is also fundamental to broad social and environmental inequalities that emerged after the Civil War and that remain in place in the early twenty-first century.

These inequalities extend to labor markets as Americans have foisted the dirty work of managing waste on people who are not considered white. My analysis of United States Census of Population data in the decades after the Civil War indicates the work of handling waste (be it garbage, scrap metal, laundry, or domestic cleaning) was disproportionately done by people who were not native-born white Americans. Through World War II, this involved work by African Americans and first- and second-generation immigrants from Asia, Latin America, and Southern and Eastern Europe. In the second half of the twentieth century, the burdens of this dirty and dangerous work fell heavier on Hispanic and African-American workers, creating environmental inequalities that endure to this day. They are evident in the conditions that led to the Memphis’s sanitation workers strike in 1968, as well as the residents of Warren County, North Carolina laying down in the street to block bulldozers from developing a hazardous waste landfill in 1982. Though the Environmental Justice movement that followed those protests has raised awareness of dangerous inequalities from Flint to Standing Rock, Americans today remain vulnerable the consequences of considering nonwhite people somehow less hygienic. 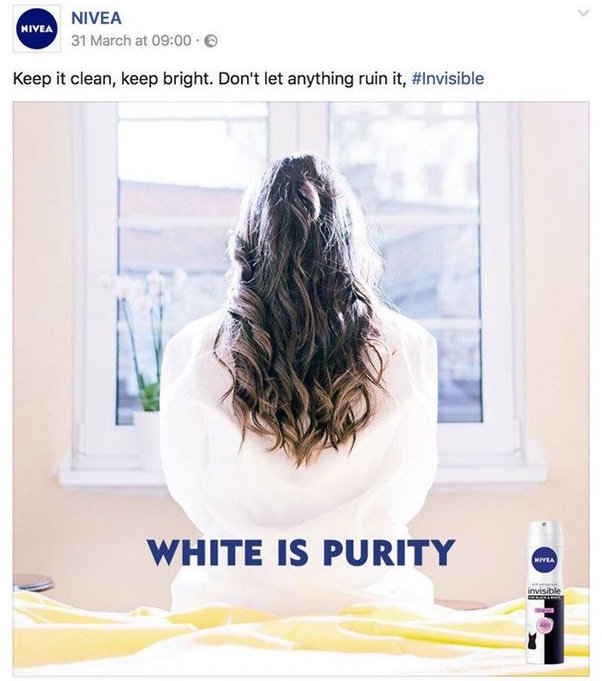 The symbolism of these images is so deeply embedded in how American soap and cleanser companies market their products that what happened with Dove is but the most recent example. Early this year, Nivea released a deodorant advertisement that stated: “White is Purity.”

In 2011, Dove faced similar criticism over another body wash advertisement that appeared to present women of color as “before” and a blond, white woman as “after” the use of the product.

I take Dove at its word that the t-shirt advertisement did not intentionally reference this corrosive trope, though the company’s repeated offense is troubling. It is especially troubling at a time when white supremacy is on the ascendance in the United States, marked by the explosive growth in hate groups since Donald Trump launched his presidential campaign and 63 million United States citizens being sufficiently approving of his explicitly racist campaign to put him in the White House. To deny that a market for white supremacy exists in the America of 2017 is to live in denial. 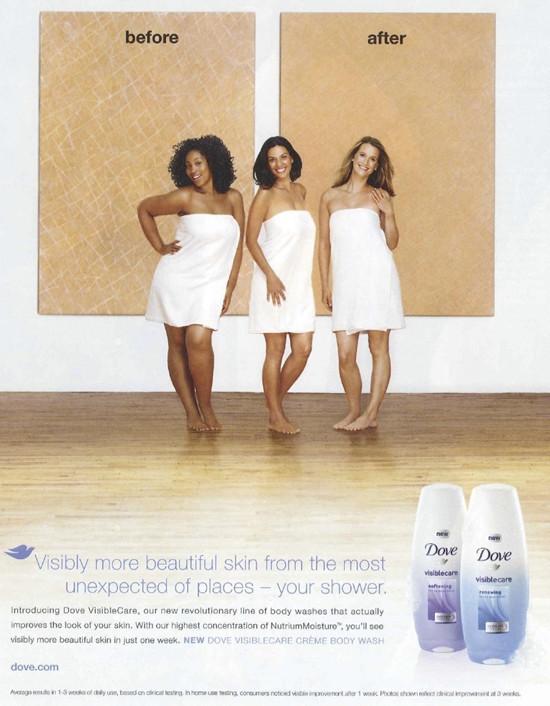 If Dove is not trying to cater to white supremacists, it would do well to revisit not only the advertisements that created the trope, but the historical context that produced them. Learning the history of racist attitudes towards hygiene allows us to better understand the roots of present-day inequalities, for the attitudes that shaped those racist soap advertisements remain embedded in our culture. The outcry over the Dove advertisement reveals that the past, as William Faulkner once wrote about America’s racial history, did not go anywhere. Perhaps changing the material realities of corporate leadership at companies like Unilever to put more people of color in positions of power might produce meaningful change. That is a hope for the future rather than a statement about any progress in the present day.

Carl A. Zimring is Professor of Sustainability Studies at Pratt Institute, and the author of Clean and White: A History of Environmental Racism in the United States (NYU Press, 2017), now available in paperback from NYU Press.