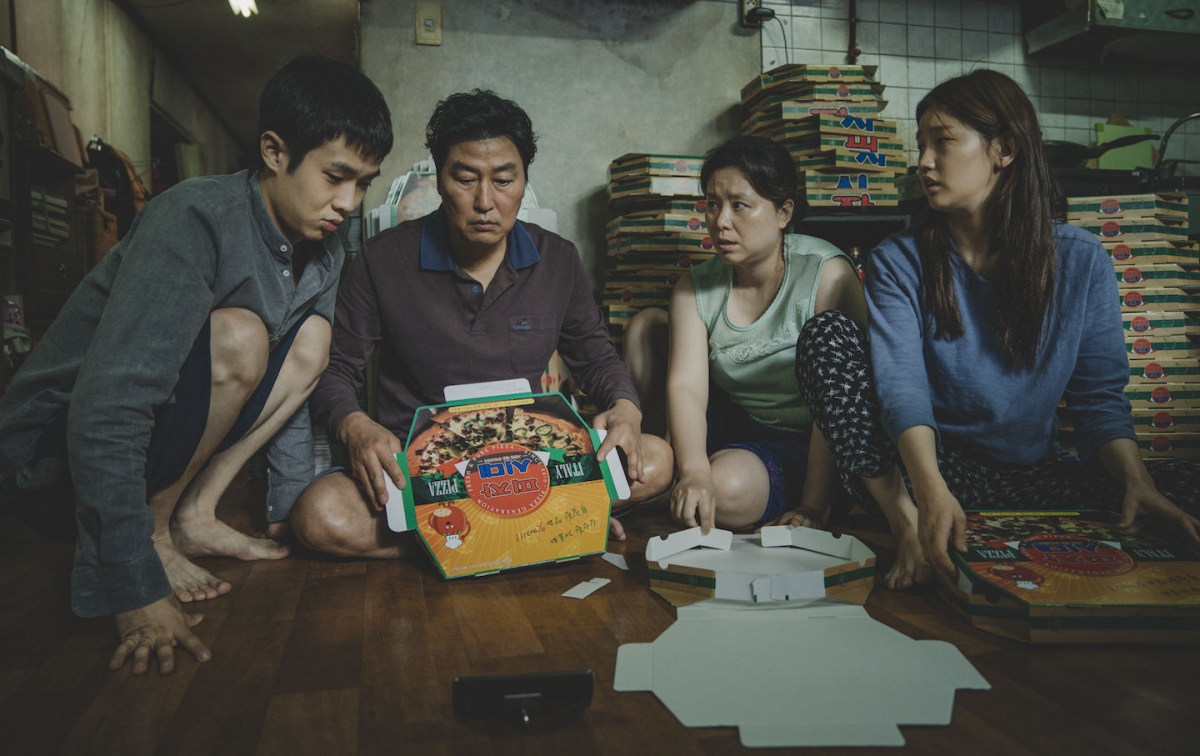 In a recent interview, Bong Joon-ho attributed the unforeseen success of Parasite at both the international box office and the Oscars to “the way the film smells.” He goes on to describe this smell as if it were a perfume: “Its substance smells pungent and cruel. But in terms of style, it is sweet and enticing. Perhaps this is a very unusual and appealing bouquet.”

Bong’s description of the film’s smell as a blend of sharply contrasting notes gets at why Parasite resonated so strongly with me. In the years I have spent working on my forthcoming book, The Smell of Risk: Olfactory Aesthetics and Environmental Disparities (coming Fall 2020), I have researched how authors, artists, and activists mobilize the often underappreciated sense of smell to represent visceral and embodied responses to the uneven distribution of clean and noxious air. The book traces olfactory experiments by writers, artists and activists seeking to expose how resource extraction, industry, agriculture, urban planning, waste disposal, war, and colonialism have moved noxious air from the deodorized of the global elite to poorer, racialized, and Indigenous spaces and populations. Parasite is the latest installment in a range of works—from detective fiction and environmental justice narratives to olfactory art installations and Kanaka Maoli poetry—that draw attention to the politics and ethics of olfaction. Framing smell as a sense that extends across space even as it impacts bodily biochemistry, these works push their audiences beyond the comfort zone of the “higher,” disembodied senses that have so long been privileged in the Western aesthetic tradition.

Unlike earlier experiments with olfactory cinema (such as Smell-O-Vision’s piped-in scents and Odorama’s scratch-and-sniff cards), Parasite relies on the classical technique of the close-up to represent olfactory experience. Mr. and Mrs. Park, an affluent couple who are conned into hiring all the members of the mildly malodorous Kim family, are shown simultaneously perceiving and recoiling from the smells of characters living in poverty. The process of olfactory recoil registers in the actors’ faces as they shift almost instantaneously from curiosity to recognition to aversion, bringing their hands to their noses and turning away toward an open car window.

Among the film’s many distinctions is its status as the first film whose climax pivots upon the perception of someone’s response to a person’s odor. Witnessing Mr. Park’s recoil from the smell of another man who has lived in a secret bunker beneath his home for four years, Kim Ki-Taek identifies with the man’s unbearable odor. After all, Ki-Taek has recently overheard the Parks discussing his own peculiar smell, which Mr. Park likens to an old radish or a boiled rag. Perhaps more disturbingly, Kim seems to have been unaware of his own odor, and neither he nor his wife and children responded at all to the smell of the bunker in an earlier scene.

This is because the stench of the bunker is just another version of the air they breathe. The film builds towards its olfactory climax by associating the Kim family with a series of shameful odors: a rack of socks drying indoors, stinkbugs, fumigant, urine, sewage, dirty underwear, a murky spray emitted by an overflowing toilet. These scents present the effects of poverty, inadequate infrastructure, environmental violence, and even climate change (invoked by the sudden heavy rainstorm that floods the Kims’ low-lying neighborhood—a not uncommon occurrence in Seoul in recent years) as everyday atmospheres that have become imperceptible to the Kims themselves. After a child points out that the family members all smell the same, they realize that the musty odor of their crowded semi-basement apartment has become part of them.

Parasite contrasts these everyday malodors with the pristine modernist home of the Parks—an affluent couple whose name is early on associated with Manhattan’s Central Park. A privatized version of the park as “the lungs of the city,” the Parks’ mansion sits in a lush, hilly backyard. Even the interior shots of their home frequently feature greenery. They spend their time camping, playing “Indian,” and having garden parties. The morning after the rainstorm that had the Kims wading through sewage to salvage their valuables, Ki-Taek overhears Mrs. Park gushing about the ideal weather for her garden party: “Today the sky’s so blue, and no pollution, thanks to all the rain yesterday.”

Buffered from the odors of poverty, the Parks both depend on the poor and deny them. Shortly after he smells a pair of underwear he finds in his car’s backseat, Mr. Park has his driver let go; Mrs. Park does the same to her housekeeper when she suspects her of having tuberculosis, an airborne disease strongly correlated with poverty and faulty infrastructure. When they catch wind of Ki-Taek’s odor, they have no idea of its origins in substandard housing and environmental injustice. Mr. Park simply notes, “That smell crosses the line.” The Parks depend on the proximity of their household servants, but in that proximity ungovernable, intolerable odors cross the space between them.

The contrast between the two families’ homes—and between their smells—evokes the economic contradictions of twenty-first century South Korea. Whereas the country’s economy has expanded steadily since its recovery from the 1997-8 Asian Financial Crisis, both relative economic inequality and poverty have also been on the rise. Half of the elderly population lives below the poverty line, and a low investment in social welfare leaves the unemployed and underemployed to fend for themselves. In this context, the Parks’ olfactory aversion to the poor and precarious serves as an analogy for the state’s refusal to support its most vulnerable citizens.

If the Parks’ olfactory responses show how neoliberalism’s abandonment of the poor is realized at the level of commonsense perceptions and visceral aversions, Parasite also presents a vision of olfactory solidarity. The film’s final murder is the sum of two olfactory actions: just as he witnesses Mr. Park’s recoil from the man’s smell, Ki-Taek identifies with it. Ki-Taek’s recognition of his employer’s repulsion as the embodiment of violence is also a belated recognition of his own olfactory alignment with the man from the bunker. In redirecting his rage from the malodorous man who has just brutally both his children to Mr. Park, Ki-Taek shows that it is possible to turn toward a stigmatized smell, even to claim it as one’s own. Parasite thus affirms a belief that has animated my research on olfactory aesthetics: that the power of smell lies not only in its insidious capacity to poison bodies and materialize social (often racial) divisions, but also in its potential to produce new modes of collectivity united by shared olfactory vulnerabilities. 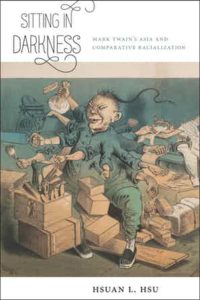 Hsuan L. Hsu is a professor of English at Concordia University and the author of Sitting in Darkness: Mark Twain’s Asia (NYU, 2015) and Comparative Racialization, Geography and the Production of Space in Nineteenth-Century American Literature (Cambridge, 2010), and The Smell of Risk: Olfactory Aesthetics and Environmental Disparities (NYU, forthcoming).