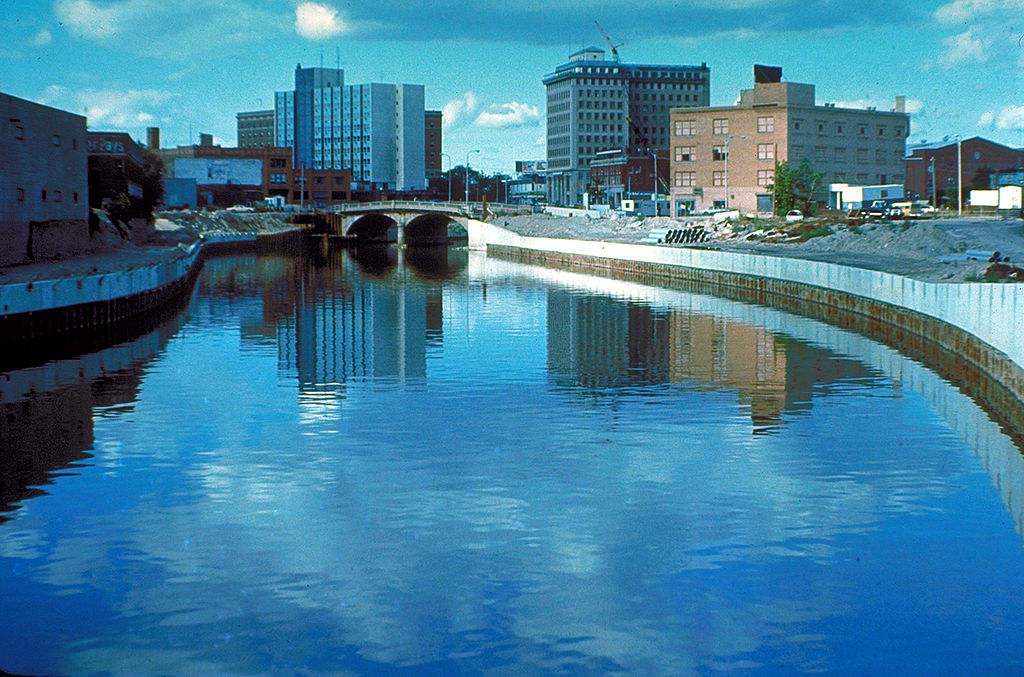 On April 20th, criminal charges were filed against three Flint, Michigan officials accused of covering up evidence of poisonous lead levels in the city’s water. President Obama will visit Flint this Wednesday to survey the damage of the water crisis.

Two years ago, in an effort to save money, the state switched Flint’s water supply from Lake Huron to the Flint River, but Michigan’s Department of Environmental Quality neglected to treat the corrosive water. It eroded the city’s lead and iron pipes and the lead contaminated Flint’s drinking water.

Lead can cause life-long intellectual and physical health problems for newborns and young children, and it’s estimated that between 6,000 and 12,000 Flint children were exposed to the toxic drinking water. It’s also a possible cause of a Legionnaires’ disease outbreak that killed 10 people. Civil rights activists characterized the officials’ actions as environmental racism and wondered, had this happened in a suburb wealthier than Flint, where the majority of residents are black and many are poor, if the state would have responded more aggressively to residents’ complaints about the water. 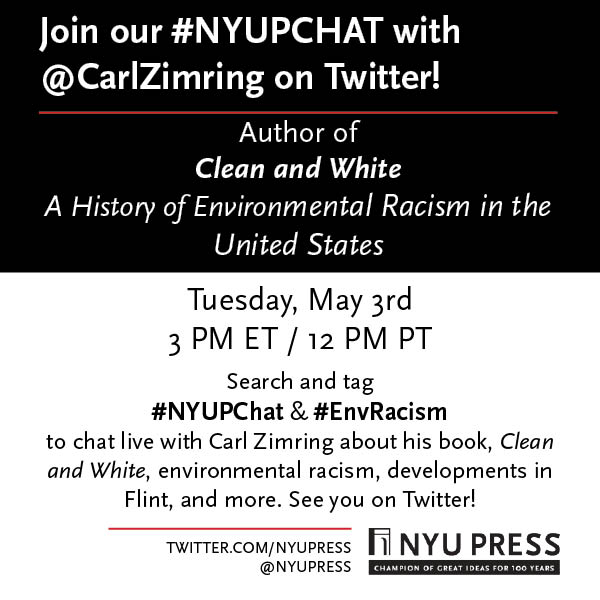 On Tuesday, ahead of the President’s visit to Michigan, we will discuss developments in the Flint water crisis and environmental racism with Carl Zimring on Twitter.

Zimring is the author of Clean and White, an environmental historian, and Associate Professor of Sustainability Studies in the Department of Social Science and Cultural Studies at the Pratt Institute. You can read his commentary on the water crisis on our blog, Flint’s Sorry Legacy of Environmental Racism, and get an excerpt of the book here.

Tweet your questions @CarlZimring and use the hashtags #NYUPChat and #EnvRacism at 3 PM ET / 12 PM PT to join the conversation on Tuesday. See you on Twitter!