During Asian Pacific American Heritage Month, we’re celebrating books that shine a light on the richness and diversity of Asian American cultures, from fashion and art to politics and sports. Browse a fascinating range of books on Asian American culture below, and through the end of May, get each one as an eBook for just $1.99!

*offer good through May 31, 2020, only available through US retailers 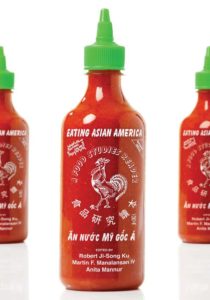 “This book transforms the study of Asian American food from an idiosyncratic, crowd-pleasing set of narratives that map discrete social histories into a key subfield for the discipline.”—American Quarterly

“Featuring 20 essays, this volume connects Asian food to larger social, economic, political, and historical contexts in the US….The essays in this volume not only constitute the first academic book on the topic with such comprehensiveness, but also investigate the social hierarchy that exists around race, gender, sex, class, and ethnicity.”—CHOICE 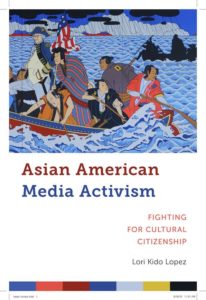 “This is an absolutely remarkable book. It is meticulously researched and very carefully argued.”—Choice Connect

“It is easy to be excited by Asian American Media Activism. For junior scholars coming of age around social media and for established scholars who have witnessed the scope of this cultural shift, Lori Kido Lopez’s book delivers a refreshing, insightful, and necessary investigation into the evolving state of Asian American activism and cultural belonging in our contemporary media landscape.”—Journal of Asian American Studies 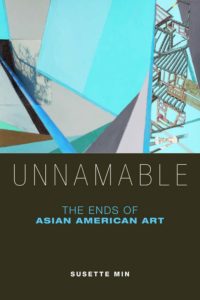 The Ends of Asian American Art

“In her exquisitely perceptive approach to art and curation, Susette Min turns the category of Asian American art on its head. The artists surveyed in Unnamable wrestle with the ‘predicament’ of being categorized as an Asian American artist. Through textured, impeccably-researched, and richly-rendered examinations of their works, Min curates these avant garde practitioners into delightful group shows focused on the themes of labor, practices of gleaning, and the disappearing body of the Asian/American artist. A provocative challenge to liberal multiculturalism’s fetish for and diminishment of ethnic and/or minority artists, Unnamable reformulates the category of Asian American art, and by doing so, revitalizes its enclosing structure.”—Rachel C. Lee, author of The Exquisite Corpse of Asian America 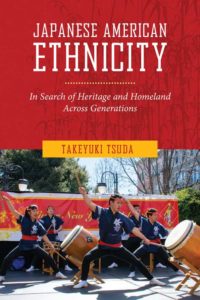 In Search of Heritage and Homeland Across Generations

In Japanese American Ethnicity, Takeyuki Tsuda explores the contemporary ethnic experiences of Japanese Americans from the second to the fourth generations and the extent to which they remain connected to their ancestral cultural heritage. He also places Japanese Americans in transnational and diasporic context and analyzes the performance of ethnic heritage through the example of taiko drumming ensembles.

“In drawing and reflecting upon the voices and experiences of different generational cohorts, Tsuda not only fills a void in Japanese American studies but expands our very understanding of the concept of ‘ethnic heritage.’ Adeptly parsing processes of assimilation, transnationalism, racialization, and multicultural discourse, Tsuda engages the factors that shape the retention and refashioning of ancestral culture.”—Michael Omi, University of California, Berkeley 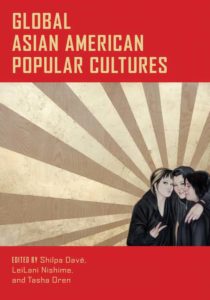 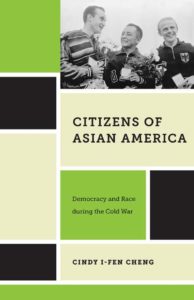 Democracy and Race during the Cold War

“Cheng illuminates matters of race during the Cold War that scholars often have overlooked as they focused on the plight of African American efforts to achieve civil rights during the era.”—CHOICE

“In these chapters, Cheng offers a number of new insights into an understudied period. In her discussion of ‘firsts,’ she presents the lives of her subjects with a rare warmth and complexity; she also persuasively shows that such people developed their own understanding of race, democracy, and Americanness distinct from media portrayals of the mas symbols of American superiority and freedom. Juxtaposing celebrations of Asian Americans’ loyalty with probes into their alleged subversion, Cheng astutely observes that these apparently conflicting ideas were in fact not so contradictory after all.”—Political Science Quarterly 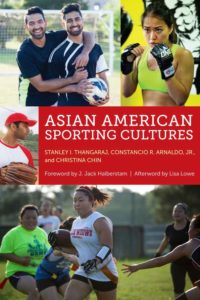 Edited by Stanley I. Thangaraj, Constancio Arnaldo and Christina B. Chin

“Sports is one of the most important arenas of socialization and popular culture, and Asian Americans have often been seen as having a disjunctive or non-existent relationship to it. This sui generis collection shows in unexpected and startling ways how a long but under-examined history of Asian American sporting culture from participation and competition to spectatorship and fandom fundamentally reshapes allegories of national belonging and race at the heart of athletics.”—David L. Eng, University of Pennsylvania 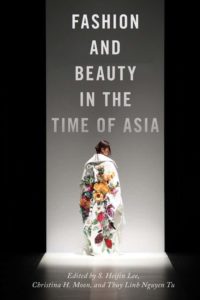 Fashion and Beauty in the Time of Asia

Fashion and Beauty in the Time of Asia considers the role of bodily aesthetics in the shaping of Asian modernities and the formation of the so-called “Asian Century.” S. Heijin Lee, Christina H. Moon, and Thuy Linh Nguyen Tu train our eyes on sites as far-flung, varied, and intimate as Guangzhou and Los Angeles, Saigon and Seoul, New York and Toronto. They map the transregional connections, ever-evolving aspirations and sensibilities, and new worlds and life paths forged through engagements with fashion and beauty.