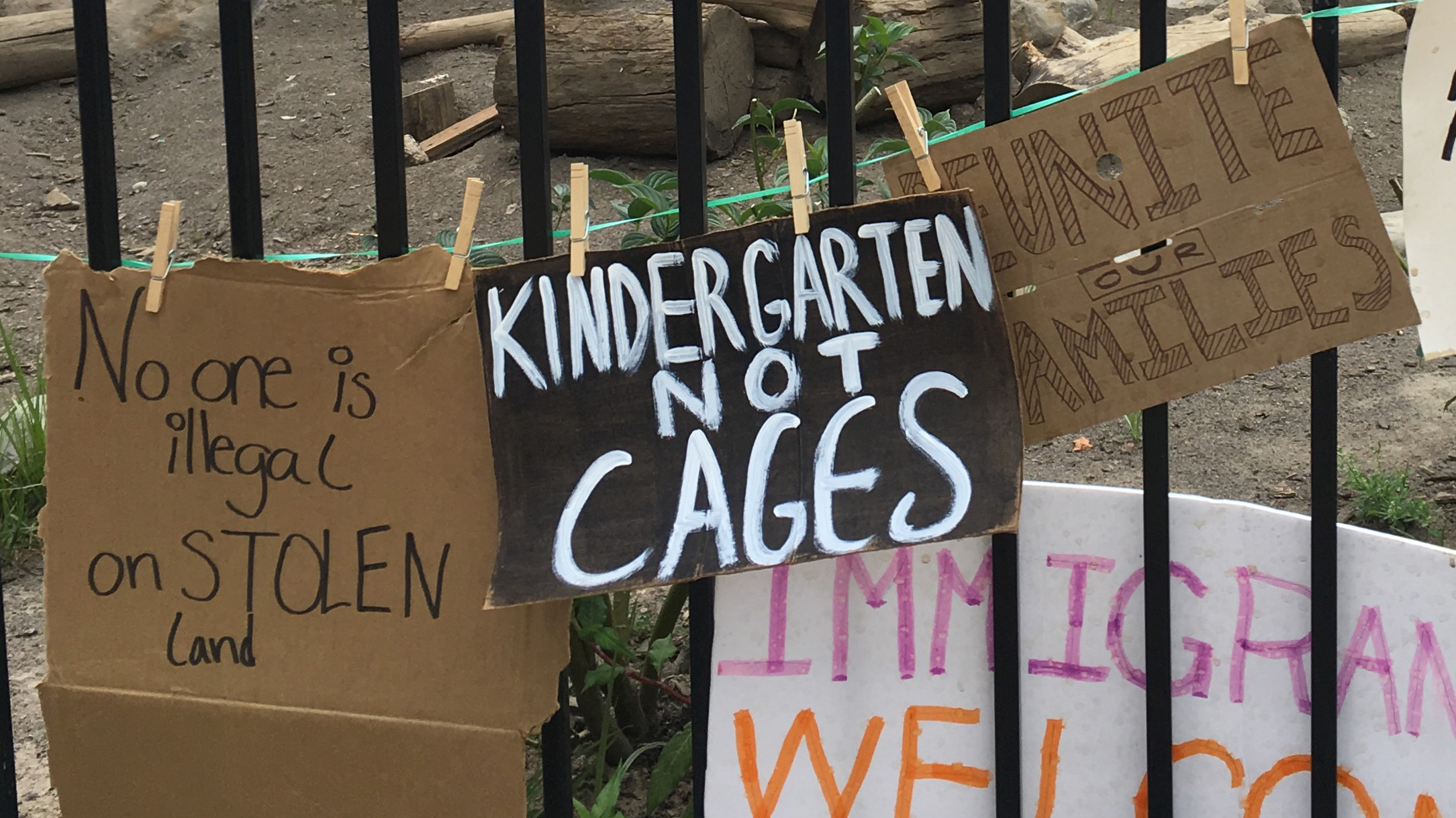 —Deborah A. Boehm and Susan Terrio

In recent weeks, the crisis of separated families—children crying out for their parents, breastfeeding babies ripped from their mother’s arms, children alone in cages—has dominated the news and generated a public outcry as people around the country have responded with shock and despair. Yet, as horrific as these injustices are, the current “crisis” has been unfolding for decades, part of a long history of separation and suffering that immigrant children and families have experienced because of U.S. immigration policies and practices.

As our research and that of our colleagues have shown, family separation is not new: children have been held in secure facilities, families have been divided by U.S. immigration policies and deportations, immigrants have lived in fear of apprehension and detention, women and children have been detained together in “family residential centers” (called “baby jails” by advocates), and adults have been imprisoned in facilities separate from their loved ones. The Trump Administration’s unprecedented inhumane treatment of immigrants is rightfully causing outrage, but this should also be understood as part of a long-term humanitarian crisis that has been intensifying for some time.

Consider one case from this troubling history: family detention. In 2014, when unprecedented numbers of asylum seekers sought refuge in this country, the Obama administration aimed to use detention as a deterrent. Families were held in hastily constructed for-profit prisons and placed in expedited removal proceedings with no right to funded legal representation. These prisons have been the subject of much controversy including reports of due process violations, mistreatment of children and parents, inadequate medical care, and misinformation about the possibility and timing of release. Last year, when we volunteered at family detention facilities in Karnes City and Dilley, Texas, we witnessed this absence of basic rights and the effects of trauma that those in detention experience.

Immigrants are forced into the violence of detention after fleeing lawlessness, extortion, corruption, and profound violence their home countries. Again and again, women and youth described being stalked and threatened, how loved ones had been tortured and killed with impunity, how they had no option but to flee. When we were in South Texas, more than 90% of the women cleared the first hurdle in their quest for asylum by passing their Credible Fear Interview. In other words, U.S. Asylum Officers determined that the overwhelming majority of those in detention had cases that should move forward and be reviewed by an immigration judge.

When U.S. Attorney General Jeff Sessions announced a Zero-Tolerance Policy that prosecutes all undocumented border crossers, including asylum seekers, the current administration broke new enforcement ground. To date, approximately 2,300 children have been separated from loved ones, re-categorized as “unaccompanied minors,” and sent alone to detention facilities around the country. Despite the Department of Homeland Security’s announcement that 522 children are now with family members, it is unclear if, when, or how the other children taken from their parents will be reunited with them again. For some, this devastating family separation may be permanent.

On June 20, 2018, President Trump issued an executive order that would ostensibly end family separation. In fact, the order replaces one horror with another, seeking to detain families indefinitely while parents face criminal proceedings and their asylum claims are adjudicated. To do this, the administration hopes to reverse the Flores Settlement and a 2015 ruling by Judge Dolly Gee that places limits on the detention of children. “Zero-Tolerance” represents an alarming abandonment of fundamental constitutional guarantees of civil and human rights.

A week after the executive order, hundreds of thousands of individuals around the country participated in Families Belong Together, a national movement that considers “zero tolerance” to be “zero humanity” and that calls on the government to “end family internment camps.” Immigrant families do indeed belong together—not in detention centers or any other form of imprisonment, but in local communities where they are able to access the support and legal services that all human beings undeniably deserve.

Deborah A. Boehm is Professor of Anthropology and Women’s Studies/Gender, Race, and Identity at the University of Nevada, Reno. Susan J. Terrio is Professor of Anthropology and French Studies at Georgetown University. They are co-editors of Illegal Encounters: The Effect of Detention and Deportation on Young People (NYU Press, forthcoming in February 2019).

Feature image by the co-editors, used with permission.