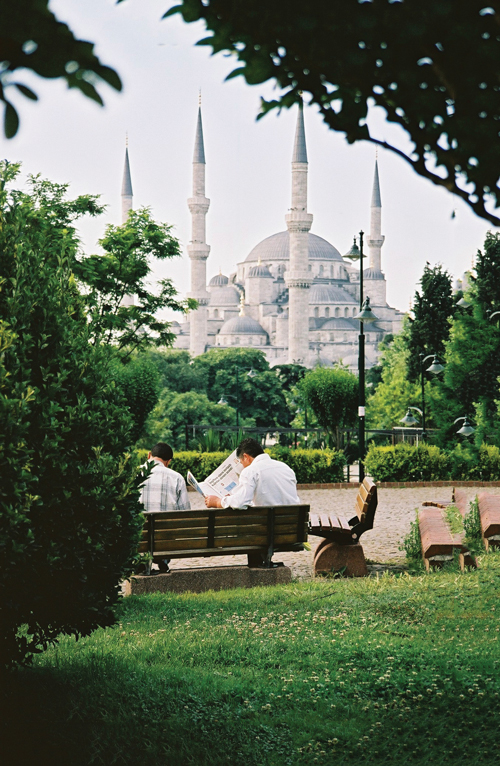 On November 13, 2013, Turkey’s most widely circulated newspaper, Zaman Gazetesi published the details of a leaked bill proposal authored by the governing Justice and Development Party (known as the AKP), outlining a significant reform to Turkey’s education system. The document under scrutiny planned to eliminate the private marketplace of Turkish supplemental examination preparation.

Known in Turkey as dershaneler (lesson houses), exam prep schools have long provided an additional resource for students studying for Turkey’s centralized high school and university placement exams. Following the leak, Turkish Prime Minister Recep Tayyip Erdoğan employed his hallmark brand of conservative populism to defend his party’s efforts: “You take students who have been educated in public schools, give them a little test technique teaching and then [claim the student’s success] when he wins a university place. Why can’t the poor go to these lessons? All those who benefit from them are the children of the rich” (Hürriyet Daily News, 11/21/2013).

When the story broke, the next several weeks of the Turkish news cycle were dominated by competing stories about the Prime Minister’s true intentions, and about the ways in which supporters and opponents believed such a reform would affect the processes of Turkish democratization.

What made this event so newsworthy?  The answer lies underneath what became known as “Turkey’s prep school row,” and the implications that the transformation of this aspect of Turkish education would have for the interest groups most affected. Among these groups is a social and economic faith network whose affiliates collectively self-refer as Hizmet (“service”).

More commonly known as “the Gülen Movement” (GM), Hizmet constitutes a communitarian social organization whose multi-sector activities are mobilized in accordance with the teachings and charisma of Turkey’s most influential, and most divisive, religious personality: M. Fethullah Gülen.

Who is Fethullah Gülen?

Muhammad Fethullah Gülen is a Turkish charismatic faith community leader, orator, and writer who emerged from humble beginnings in the late 1960s, and who today lives in a rural community in the Poconos region of Pennsylvania (USA). Known by many names, the “Gülen Movement” first emerged as a social network of young men who were inspired by Gülen’s ability to intellectually link an applied understanding of the teachings of a preceding Turkish faith-community leader, Bediüzzaman Said Nursi (1877–1960) with the challenges of late-industrial Turkey.

Motivated by his impressive oratory skills, passion, and projected wisdom, Gülen’s admirers (predominantly young males) referred to him as hocaeffendi (“hodja –effen-dee,” esteemed teacher), as the inspirer of Turks of all stripes—and, more recently, world peoples of all stripes—to lead a faithful life dedicated toward cultivating selfless volunteerism, tolerance, and dialogue with all of humanity. Citing that there was no inherent contradiction between modern scientific inquiry and the teachings of the Qu’ran, Gülen instructed his followers to educate themselves in modern science and mathematics, computers, business, and trade. Beyond that, he contended, they should help others achieve these goals by becoming teachers and by investing in schools.

To this end, Gülen first encouraged his followers to mobilize their efforts in dormitories, summer camps, and afterschool programs in the 1970s, and later in private primary, secondary, and supplemental exam prep education in the 1980s. In the 1990s, “Gülen-inspired schools” (GISs) moved beyond Turkey to countries throughout Central, South, and Southeast Asia, Russia, Western Europe, and Africa. In the 2000s, the network expanded its reach to Latin America and the United States—and now constitutes a worldwide network of private schools that span well over 100 countries. In the United States, the opportunity of the “school choice” created a situation wherein the GM took advantage of public dollars to open approximately 150 publicly privately-managed, publicly funded charter schools in twenty-six states making the country host to more GISs than any other outside Turkey.

In addition to the schools, the GM network now includes a large media conglomerate (Feza Gazetecilik), a widely influential policy-oriented non-profit organization (The Journalists and Writers Foundation), Turkey’s largest “Islamic” bank (Bank Aysa), as well as dozens of affiliated outreach organizations, chambers of commerce, and private companies in various sectors around the world.

The coming to power of the AKP in 2002 coincided with the GM’s global expansion. Despite its grassroots mobilization as a market-based social organization, in the AKP the GM found a useful partner in Turkish politics. Although constituting two different poles in Turkey’s Islamic movement, both collectives overlapped in their desires to reform the Turkish military’s governmental oversight, in the continued liberalization of the Turkish economy, and in the slow reform of Turkey’s “secular” public sphere in favor of piety and social conservatism.  It was thus in the 2000s, that the GM’s ability to influence Turkish social change increased dramatically.

Since the early 1980s, critics of the GM have often declared that Gülen’s real aims were to slowly and patiently initiate an “Islamic” overhaul of the “secular” Turkish Republic. Many have long-asserted that GISs function as institutions for brainwashing Turkey’s youth in accordance with what they insist to be the teachings of a fundamentalist Islamist preacher. Critics have also long-contended that Gülen chose to focus on education because in order to achieve his aims, he requires loyalists to “infiltrate” the Turkish military, the Istanbul police force, the Ministry of Education, and other strategic institutions of state. Gülen has long refuted this notion. Citing modern categories associated with liberal participation, rather than traditional categories associated with Islam, he has continuously expressed that a citizen of any democratic country should be free to pursue his career objectives however he sees fit. Regardless of how it is framed, however, it is not much of a secret that GM affiliates have become influential players in high levels of various Turkish state institutions.

Fethullah Gülen has long been associated with allegations of conspiracy in Turkey. For instance, some believe that it was no coincidence in 1998, when Gülen cited health reasons and fled to the United States, that this was just days before he was indicted by an Ankara criminal court for allegedly leading a clandestine organization intent to overthrow the Turkish Republic. The conspiratorial charge was that Gülen was tipped off about his pending arrest from a leak inside the prosecutor’s office, and subsequently made his way out of the country. Regardless of one’s opinion about the validity of this claim, in 2006, Gülen was acquitted of all charges, a verdict that was reaffirmed by Turkey’s Supreme Court of Appeals in June 2008.

Despite legal vindication, however, Gülen remained in the United States, eventually settling down in the Pocono foothills in Pennsylvania. In 2001, he began to actively seek permanent U.S. residency. In November 2008, a federal judge in Pennsylvania overturned a decision of denial made by U.S. Immigration Services regarding his application for permanent residency—a legal status he has enjoyed ever since.

When responding to those who long for his return to Turkey, Gülen contends that such a move would stir up unnecessary tension, and would be counterproductive for the continued success of his “community of volunteers.” Analytically, however, it is also the case that his self-imposed exile passively legitimizes his extraordinary personage.  As a charismatic recluse, Gülen has become near-legend in Turkey. He communicates directly only with a small group of tight-knit followers, an inner community (cemaat) whose members either live with him in Pennsylvania, or who pay him regular visits from affiliated institutions around the world. Although he permits the occasional interview, he prefers to respond to outsiders through written correspondence. For Turkish language speakers attracted to his message, Gülen offers a regular ders (lesson) on matters of faith and spirituality through an intra-community web forum; and for years, interested Turkish Muslims have learned about Gülen’s brand of Islam by reading published essays in compiled books, and as lead articles in GM-affiliated magazines and journals. As one of Turkey’s most influential public voices, Fethullah Gülen earns greater legitimacy the more removed he appears to be from the movement that bears his name.

Approximately three weeks after the emergence of Turkey’s “prep school row,” the Turkish police force went public with a yearlong investigation of high level corruption and graft by arresting three AKP minsters in Prime Minister Erdoğan’s cabinet. As of January 2014, the AKP government, Erdoğan specifically, finds itself under intense scrutiny for alleged bribery and widespread corruption that implicates one of Turkey’s largest public banks, numerous high level AKP minsters, and ostensibly, the office of the Prime Minster.

Dominating national and international news cycles are regular stories not merely on the graft probe itself, or on the proposal to abolish the dershane education system, but on the battle of position that has been revealed by these two incidents. Indeed, what many Turks have suspected for some time, and of which most Turks are now certain, is that the “new Turkey coalition” between the civil society-mobilized movement of Fethullah Gülen and the partisan-mobilized conservative political movement of the Erdoğan-led AKP government is over.

Joshua D. Hendrick is Assistant Professor of Sociology and Global Studies at Loyola University Maryland in Baltimore. He is the author of Gülen: The Ambiguous Politics of Market Islam in Turkey and the World (NYU Press, 2013).