About every six months or so, a news story emerges about an unlikely ecotourism event in Mexico: a border-crossing simulation that invites visitors to step into the shoes of undocumented migrants as they flee “Border Patrol” agents, hide in ditches, and dodge bullets while crossing through a reimagined U.S.-Mexico border.

Are you baffled yet? Perhaps offended by the thought of tourists making light of the migration journey? 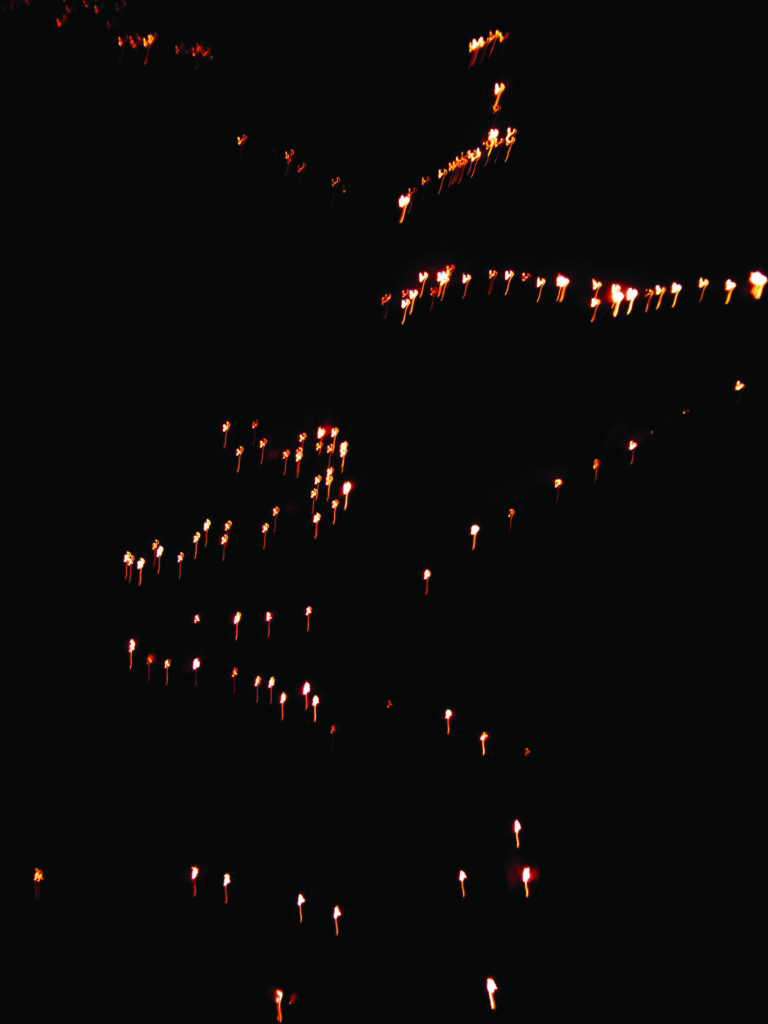 That was my reaction when I first heard of the Caminata Nocturna, or “Night Hike,” in early 2007. I traveled to El Alberto, the indigenous town in the Central Mexican state of Hidalgo that stages the simulation, to learn more. The true story behind the event is one of creativity and resilience. It is the story of the “Mexican Dream”—that is, of a community’s pursuit of a sustainable future in the face of overwhelming pressure to travel north.

Residents of El Alberto dream not of reaching America, but rather of being able to earn a living right where they are. So committed are they to that vision that they have dedicated countless hours of unpaid work in order to make their town’s ecotourism park a success. At the close of the border simulation, tourists “arrive,” but not to an imaginary United States. Instead, they arrive at the base of a canyon whose sides are lit with hundreds of torches representing those who have perished during migration.

The bitter irony is that behind the scenes of the border reenactment, many of El Alberto’s residents find themselves with little option but to continue to undertake the perilous journey north. As they do so, many draw upon their evangelical Christian faith to confront the very real possibility of death at the U.S.-Mexico border.

Immigration solutions that militarize the U.S.-Mexico border without addressing the root causes of migration are not enough. Let us listen to El Alberto’s call for the “Mexican Dream”—and let us ask what sort of binational solutions can help make that dream a reality.

Leah Sarat is Assistant Professor of Religion at Arizona State University. She is the author of Fire in the Canyon: Religion, Migration, and the Mexican Dream (NYU Press, 2013).