Naomi Cahn, author of Families by Law (NYU Press 2004) and the forthcoming Test Tube Families (NYU Press 2008), along with Wendy Kramer, founder of the Donor Sibling Registry, recently published this op-ed in the Houston Press about the issues surrounding anonymous gamete donation. 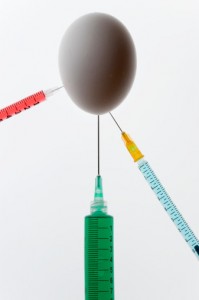 Mandatory registry: Earlier this week, a Canadian court issued an order that prevented anyone from destroying any records they have about sperm, egg or embryo donation [“Donor Babies,” by Craig Malisow, November 6]. The court was responding to a class-action lawsuit filed by Olivia Pratten, whose parents used donor sperm 27 years ago. Pratten has been searching for almost a decade for information about the man who donated the sperm that makes up one-half of her genetic material. But she has no way of getting access to any records about him, and she doesn’t even know if any records still exist.

If she lived in the United States, she would have no access to this information. In most cases, donor-conceived offspring have no rights to know anything about their genetic origins. In many cases, their parents never have told them that they are donor-conceived. If they do search, then the sperm bank or egg provider may have already destroyed the records or refuse to give out any information, even medical information that might be extremely important to the donor-conceived and their family.

Many donor-conceived offspring feel a very strong need to know where they come from: They want to know their genetic, medical and ancestral histories. Most also want to know the identity of their biological fathers.

As more and more donor-conceived offspring and their parents search for their donors, there has been increasing interest in establishing a national gamete donor registry in the U.S. We propose the development of a National Mandatory Donor Gamete Data Bank. The purpose would be to collect and safeguard records that link donor-conceived offspring to their genetic and biological origins. All fertility clinics, sperm banks and egg recruiters would be required, by federal law, to participate. The bank would provide information about donors once the offspring reached the age of 18 or, perhaps in some cases, even earlier. For this to happen, Congress must enact legislation requiring that fertility clinics, sperm and egg banks, and physicians’ offices maintain records for each child born through donor gametes.