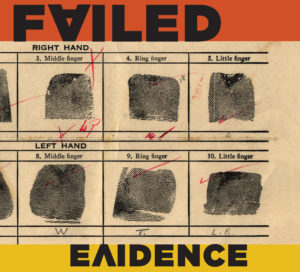 According to the New York Times editorial on the case, the ruling shifts the burden of proof to prosecutors to prove that eyewitness identifications are reliable before they can be admitted in court. Before last week’s decision, the rule had been that identifications were generally admitted; it was up to the defense in individual cases to prove that an identification was not reliable.

But at least as important as the new rule itself was the reason that the Oregon court abandoned its old precedent: the court had concluded that the old rule was based on assumptions about eyewitness testimony no longer supported by the science. Thus the new case represents a textbook case of a court forcing law enforcement away from the failed evidence of discredited methods, and toward methods that accord with what science teaches us now.

Under the old rule, Oregon judges looked at five factors when evaluating an eyewitness identification: opportunity to view the alleged perpetrator, attention to identifying features, timing and completeness of description given after the event, certainty of description and identification by witness, and lapse of time between original observation and the subsequent identification. Looking at these factors from the vantage point of the present day, the Oregon court found them “incomplete and, at times, inconsistent with modern scientific findings.” Given the science on eyewitness identification that is by now well established, the court prescribed a new approach, including the change in the burden of proof.

That’s what the Oregon Supreme Court did, but here is why they did it:

…[W]e believe that it is imperative that law enforcement, the bench, and the bar be informed of the existence of current scientific research and literature regarding the reliability of eyewitness identification because, as an evidentiary matter, the reliability of eyewitness identification is central to a criminal justice system dedicated to the dual principles of accountability and fairness.

It’s hard to imagine a better summing up of the ideas behind Failed Evidence, and why the fight to overcome law enforcement’s general resistance to science is so important.

This article originally appeared on the author’s blog—read it here.

David A. Harris is Distinguished Faculty Scholar and Professor of Law at the University of Pittsburgh. He is the author of Good Cops: The Case for Preventive Policing and Profiles in Injustice: Why Racial Profiling Cannot Work.