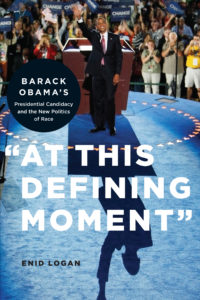 Social scientists have spent a great deal of time in recent years writing about covert racism, also known as colorblind racism, have-a-nice-day racism, or racism lite. Many of us have believed ourselves to have entered into a new racial era wherein overt racist sentiments are rarely uttered aloud, and in which the mechanisms that sustain white supremacy, though insidious and impactful, are now much more subtle and hard to pin down. But then Barack Obama ran for, and won, the presidency and Overt Racism once again reared its ugly head.

At this juncture, I believe, many scholars and non-scholars alike are trying to figure out just what is going on. How is it that in the era of racial niceties, where racial meaning is most often conveyed through “sanitized” and deracialized discourse, old style racism, overt racism, or “Archie Bunker” racism has suddenly moved from the fringes to the conservative mainstream? How is it that a moment that was supposed to represent the nation’s triumph over racism has seemingly lead to the opposite?

In the last several years, we have seen the vilest of racial imagery applied to the President, his young daughters, and his wife. Particularly visible early on was the signage at the rallies of the so-called “Tea Party” in 2009-2010. President Obama was figured variously as an African witch doctor, as Hitler, or as a white-faced Joker, with black circles around his eyes and bloody red lips. Comments about the Obamas left on the internet over the past several years have been especially vicious. And, in November 2009, it was revealed that the top ranked Google search image for Michelle Obama was a Photoshopped rendering of her as an ape. As sociologists Adia Harvey Wingfield and Joe Feagin report, in July 2009, one anonymous reader at the Free Republic—an online message board for independent, grass-roots conservatism—described 11-year old Malia Obama “as ‘a common street whore’…and went on to “wonder when she will get her first abortion.” And in March of this year, a federal judge circulated an email in which it was implied that Barack Obama had been conceived at a party during which his mother had had sex with both a black man and a dog.

Since the beginning of his presidency, Obama has faced lashes of anger and incivility directed at him from white elected officials. Consider Congressman Joe Wilson who yelled “You lie!” at Obama from the Senate floor, and Arizona Governor Jan Brewer, who greeted the President with a finger in the face as he arrived at a Phoenix airport. Once considered primarily to be an extremist, fringe political movement, the Tea Party itself has achieved sweeping electoral success, as a number of its candidates were elected to the U.S. Congress during the 2010 midterm elections, largely on the grounds of their fierce opposition to the President.

During his brief, fake bid for the Republican presidential nomination, business tycoon Donald Trump based his entire political platform on the clearly race-baiting ideology of “birtherism.” This is the view that Obama’s presidency is illegitimate, because his birth certificate is a fake, and that he is not a U.S. citizen. While this belief would seem to be a highly illogical and irrational one, an August 2010 poll found that 41% of Republicans and 1 in 4 Americans overall believed that the president was probably lying about his citizenship.

But perhaps the most ominous development we have seen in recent years lies in the area of voter policy. Legislatures in 41 states have introduced restrictive voter identification laws in the last year, designed expressly to limit the access to vote. Voting rights would particularly be curtailed among the young, the elderly, and non-whites—all liberal-leaning constituencies that are likely to vote for President Obama in 2012. Critics have likened these measures to the poll taxes and literacy tests that restricted African American access to the vote for seven and a half decades after the Reconstruction.

So what has happened? Was Overt Racism always already in the background, ready to reemerge at any moment, and had we just been fooling ourselves to think that it would stay there? Is this a calculated political strategy on the part of the Right, designed to inflame racial fears and drive whites to the polls on election day? Or does it represent the uncoordinated, inchoate rage of a segment of the white population that perceives itself to be imperiled by the impending “non-white” demographic takeover of the U.S.?

I believe it to be a mixture of the two. The reaction demonstrates that for all the claims that Obama is a milquetoast moderate who has brought about very little change and done almost nothing to shake up the status quo, not everyone is in agreement. The reappearance of Overt Racism in the Age of Obama tells us that white racial anxiety and anti-black hostility in the U.S., as well as an abiding investment in the U.S. as a white nation, run much, much deeper than many of us had imagined.

Obama’s victory seemed at first to portend great things for the U.S. As I have written in my recent book, from 2006 to 2008, a chorus of pundits proclaimed that Barack Obama offered redemption, absolution, and renewal to the nation, all of which was refracted through the magic of his blackness. Above all, we were told, the election of a black man as president would prove that whites had largely gotten over the issue of race, and Real Racism was now firmly in our past.  But this has been proven to be manifestly false. And let’s be clear. It was John McCain who won the majority of the white vote (56%) in 2008, and without the high turnout of the black, Latino and Asian electorate, he would have won the presidency.

Obama’s election was without a doubt a triumphal and defining moment in our nation’s history. But it was a moment that awoke the dormant T-Rex of Race, igniting a special kind of fear and loathing in the nation, aimed directly at our First Black President. If Obama wins the election in 2012, it will be despite the power of racial fears to sway some whites towards the GOP ticket. It will also be because the expanding multiracial electorate turns out for Obama in large numbers, thus helping continue our march towards an America that is red, white, blue, and brown.

Enid Logan is Associate Professor of Sociology at the University of Minnesota. Her book, “At this Defining Moment”: Barack Obama’s Presidential Candidacy and the New Politics of Race was published by NYU Press in 2011.