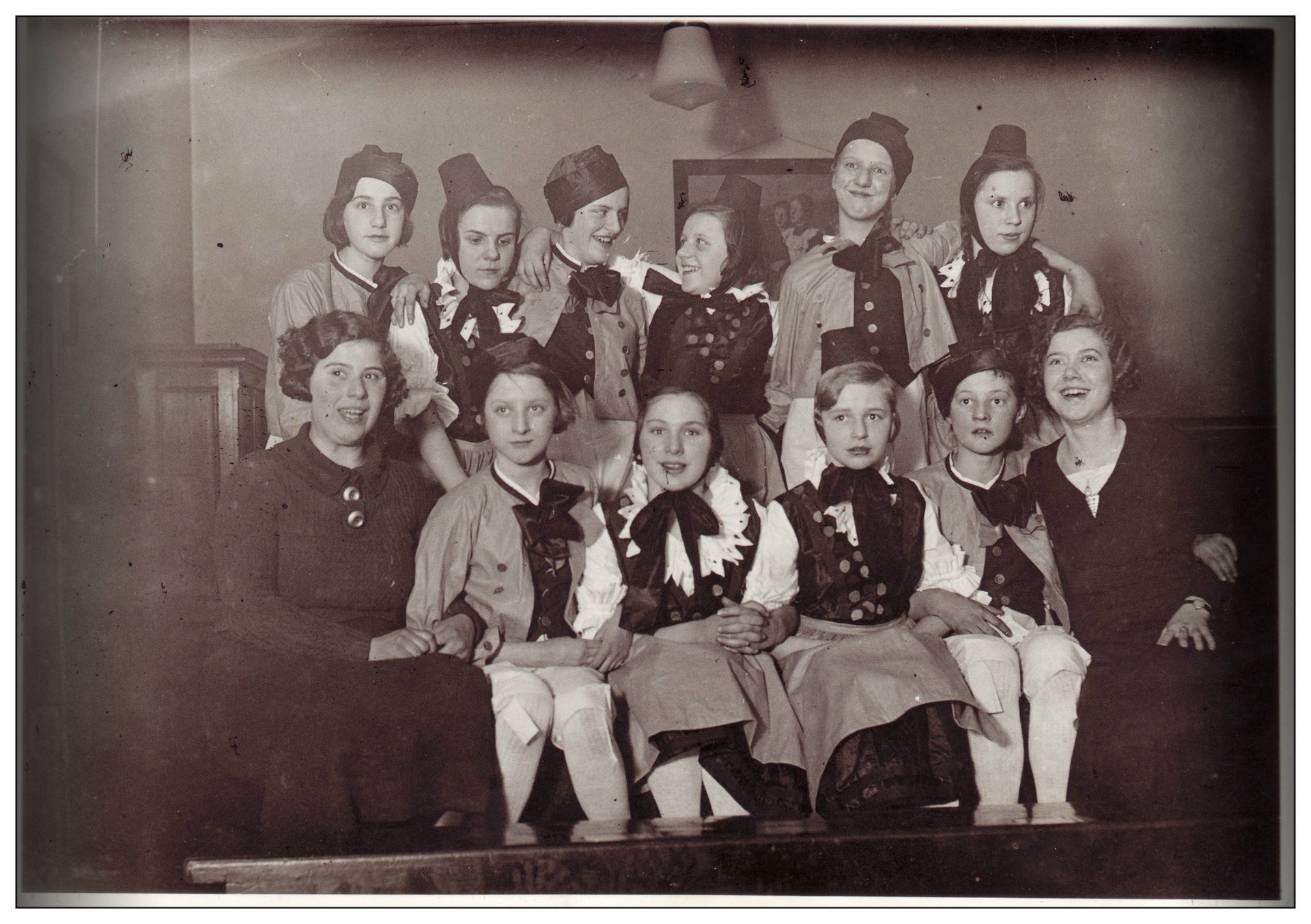 In 2011, when my book Hedda Hopper’s Hollywood: Celebrity Gossip and American Conservatism came out, one of the first reviews was in the Wall Street Journal. Recently bought by right-wing media mogul Rupert Murdoch, who also owns Fox News, and known for its conservative editorials and opinions, the Wall Street Journal seemed to be the perfect place for a review. I’d long thought that contemporary American conservatives could learn a lot from the career of Hollywood gossip columnist Hedda Hopper.

Hopper was fifty-two years old and an underemployed, struggling supporting actress when her fledgling movie gossip column “Hedda Hopper’s Hollywood” was picked up by the Los Angeles Times in 1938. She soon became a powerful figure in the film industry during its golden age when the movies were the dominant form of mass entertainment in the United States. Her column was syndicated in eighty-five metropolitan newspapers as well as small town dailies and weeklies during the 1940s. In the mid-1950s, Hopper had an estimated daily readership of thirty-two million (out of a national population of 160 million) and remained influential into the next decade.

The staple of Hopper’s column, as with all Hollywood gossip and fan magazines, was the ostensibly private lives and personal problems of Hollywood stars. The stars needed good publicity and feared bad publicity, and Hopper’s gossip could provide both. Most of her gossip was favorable, as she needed to support the motion picture industry upon which she depended. Yet she also enjoyed her role as a scandalmonger. By positioning herself as the voice of small-town America, Hopper used her column to express what she saw as proper mores and values. She advised and chastised the residents of “Hollywood Babylon” about their behavior, actual and alleged. Facts didn’t stand in the way. “That’s the house that fear built,” she used to say of her Beverly Hills home.

Hopper in her famous hats became a Hollywood icon, yet when I started working on my book few recognized her political significance. Hopper’s distinctive contribution to US popular and political culture between 1938 and her death in 1966 lay with how she combined and wielded gossip from the worlds of both entertainment and politics in her column. Always a conservative and a proud, active, and highly partisan member of the Republican Party, she used her journalistic platform to promote her political values and candidates and to assail liberals and leftists. In the process, she distinguished and propelled her career and pushed her agenda of political conservatism with her vast readership.

Hopper’s blurring of the boundaries between celebrity gossip and conservative politics presaged the kind of candidates, style of campaigning, and media figures increasingly prominent on the political right. Radio show host Rush Limbaugh had dominated the right-wing media ecosphere since the 1980s with personal insults rather than political substance. And in 2008 the Republican Party nominated for vice president Sarah Palin, who made up for her lack of political knowledge and experience with personal attacks and “zingers” aimed at her Democratic opponents. By 2011, when my book was published, Palin was a reality show personality. For these reasons, I thought a review in the Wall Street Journal would reach an audience potentially interested in one of Limbaugh and Palin’s predecessors. I should have known better.

The review started off badly and only got worse. My book, it turns out, gave the reviewer “indigestion” for “tearing down Miss Hopper because of her proudly conservative views.” Rather than citing any concrete evidence from the book for this claim of my “animus,” the reviewer referenced my previous book about the New Left in the 1960s and the wording of the book’s dedication to my mother. He got an important factual point wrong; I consider Hopper a feminist, but he claimed I called her antifeminist. And he ended with a personal attack. “Ms. Frost, a self-described ‘women’s historian,’ brings the intellectual habits of the faculty lounge to her work.” Caricaturing, carelessness with facts, making claims without evidence, and confirmation bias were on full display. It was a style of commentary not unlike Hopper’s own. The reviewer: Richard Carlson, the father of Tucker Carlson, who displays the same style on his Fox News show every night.

Such disregard for civility and the standards of public discourse was exceptional in Hopper’s heyday and earned her much criticism—even from her readers—but today it is all too common among right-wing figures. Such disregard contributed to the political rise of one of the biggest fans of Tucker Carlson’s show, Donald Trump. In turn, Trump perfected the synthesis of celebrity culture, gossip, and right-wing politics pioneered by Hedda Hopper a half century earlier.

Born Elda Furry in 1885 to strict Quaker and Republican parents, Hopper gravitated to celebrity culture as a girl growing up in Altoona, Pennsylvania. She was fascinated with fashion and performance, loved reading the theater news and gossip in the Sunday papers, and dreamt of Broadway stardom. Without her parents’ prior knowledge or approval, Elda first joined a theatrical troupe in Pittsburgh, then arrived in New York in 1908. At age twenty-two, she signed on and toured with various opera companies as a chorus girl. Known for her beauty and poise, she eventually worked her way up to larger roles in plays and musical comedies. But she was not known for her singing, dancing, or even acting ability, and she knew it. “I was working under one handicap,” Hopper recalled. “No talent.”

She persevered in her theatrical career and in the process met her future husband, De Wolf Hopper. A famed stage actor, singer, and comic opera star, De Wolf was fifty-five when they married in 1913; Elda was half his age. She changed her name to “Hedda,” and the alliteration with her new husband’s last name worked. Although their marriage was sad and often humiliating due to De Wolf’s infidelities and insults, she gained celebrity and a growing film career. After their divorce in 1922, Hedda Hopper moved to Hollywood and, with a coveted studio contract at Metro-Goldwyn Mayer, perfected the role of the snobby society matron in some one hundred films. Her typecasting didn’t play well in the grim days of the Great Depression, however. In the 1930s, her career slowed, and she lost her contract.

Hopper struggled over the next years to find work and financial security, but by 1938 she succeeded in parlaying her movie celebrity and role as a Hollywood insider into a gossip column. She quickly established herself as a player in the competitive world of celebrity journalism and a rival to Louella Parsons, already a Hollywood gossip powerhouse. Bringing her classy, catty acting persona to her column, Hopper’s gossip career took off in the 1940s. Readers loved her candid comments, biting wit, and personal style. As an actress, she was comfortable with public display and attention getting, and nowhere were these characteristics more apparent than with her trademark: her famous hats. She became wholly identified with fashionable and flamboyant hats and earned titles such as the “Hollywood Hatter” and “Mad-Hatter Hopper.” Her celebrity grew…

Jennifer Frost is Associate Professor of History at the University of Auckland in New Zealand, and author of “An Interracial Movement of the Poor”: Community Organizing and the New Left in the 1960s, Hedda Hopper’s Hollywood: Celebrity Gossip and American Conservativism, and Producer of Controversy: Stanley Kramer, Hollywood Liberalism, and the Cold War. Her book “Let Us Vote!”: Youth Voting Rights and the 26th Amendment is forthcoming from NYU Press.