With the Presidential election rapidly approaching, we’re spending the summer reading up on political issues and election history. Get geared up for the election this summer with our recommended reading, featuring studies on LGBT voter turnout and millennial political involvement, alongside immigration issues and the effects of fake news. Get informed by the eBooks below—each $1.99 through the end of July!

Offer good through July 31, 2020, only available through US retailers 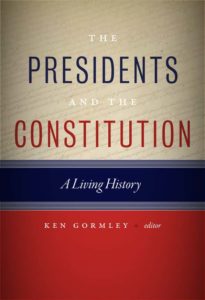 The Presidents and the Constitution

“A fluidly fashioned collection of essays about how the roster of American presidents shaped the executive duties as defined in the Constitution….an evenhanded consideration of each president’s operating style and effectiveness…A useful…tome featuring top-drawer contributors.”—Kirkus Reviews

“This volume helpfully spans the gamut of presidents and should be of interest to literate lay persons as well as academics looking for a comprehensive text for classroom use.”—Journal of American History 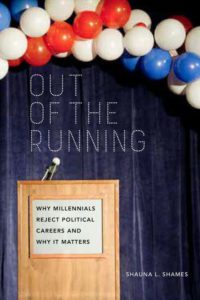 Out of the Running

Why Millennials Reject Political Careers and Why It Matters

“This is a remarkable, disciplined study of our country’s future. Shauna Shames has spent years meticulously interviewing passionate, bright, eager Millennials to learn if they see politics and public service as a rewarding field. I’m stunned to learn they are fleeing the political arena, turned off by the high financial costs of running and even higher emotional costs of what has become a disrespected occupation. Some even doubt that government is the best medium for change. The best and the brightest of an entire generation are in danger of being lost to the democratic process. Further, those least likely to run are those we need most: women, especially women of color. Nevertheless, Shauna is optimistic and provides solutions. This book isn’t just for academics—it’s for everyone who loves our country.”—Donna Brazile, author of Cooking with Grease: Stirring the Pots in American Politics 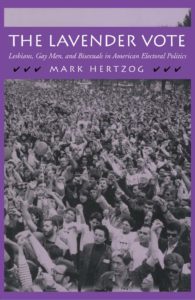 In the half century since the Stonewall riots in New York City’s Greenwich Village launched the national gay-rights movement in earnest, LGB voters have steadily expanded their political influence. The Lavender Vote is the first full-length examination of lesbians, gay men, and bisexuals as a factor in American elections. Mark Hertzog here describes the differences in demographics, attitudes, and voting behavior between self-identified bisexuals and homosexuals and the rest of the voting population. He shows that lavender self-identifiers comprise a distinctive voting bloc equal in numbers to Latino voters, more liberal across the board on domestic social issues (though not necessarily on economic or national security issues) than non-gay voters, and extremely unified in high-salience elections. 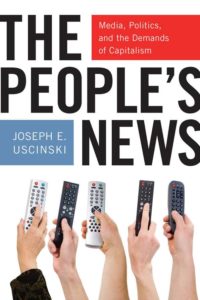 Media, Politics, and the Demands of Capitalism

The People’s News looks at news not as a type of media but instead as a commodity bought and sold on the market, comparing unique measures of news content to survey data from a wide variety of sources. Joseph Uscinski’s rigorous analysis shows news firms report certain issues over others—not because audiences need to know them, but rather, because of market demands. Uscinski also demonstrates that the influence of market demands also affects the business of news, prohibiting journalists from exercising independent judgment and determining the structure of entire news markets as well as firm branding. 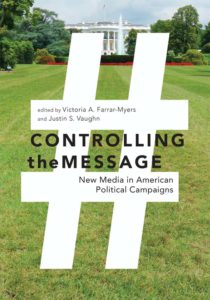 Edited by Victoria A. Farrar-Myers and Justin S. Vaughn

“This is an indispensable book for those studying politics and social media. This is especially the case given the diversity of research strategies and subject matter examined throughout the text. Summing Up: Highly recommended.”—Choice

“A great resource book for the role of social media in political campaigns with a nuanced view and solid empirical data to back up their claims.”—Communication Booknotes Quarterly 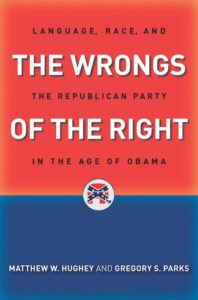 The Wrongs of the Right

Language, Race, and the Republican Party in the Age of Obama

“The book provides a succinct summary of the historic ebb and flow of racism in US politics. The authors reveal the use of race as a political incendiary by the two primary parties and clearly illustrate the use of the four premises, previously mentioned, as they relate to the discourse surrounding President Obamas campaign, election, and tenure. Summing Up: Highly Recommended.” —Choice

“Hughey and Parks attempt to demonstrate that in a supposedly ‘post-racial’ society, our politics are permeated in both conscious and unconscious ways by the message that only whiteness equates to authentic Americanism . . . [I]t is hard to argue with most of what the authors have to say.”—Library Journal 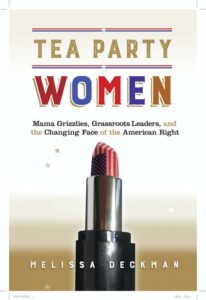 Mama Grizzlies, Grassroots Leaders, and the Changing Face of the American Right

“Deckman profiles some of the most vocal pro-women groups of the movement…A sharp…critical analysis of how the role of women in the rise of the tea party is affecting conservative political change.”—Kirkus Reviews

“In these times of political polarization, Deckman’s work is a conduit to help us better listen to and understand the complexities of identities and the genealogies of political strategy, in order to see how ‘they’ define ‘their interests.”—Politics & Gender

“[Recommended] to all of those who wish to understand why, how, to what end and with what impact women are involved in the Tea Party.”—Sex Roles 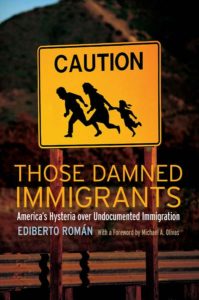 by Ediberto Román and Michael A. Olivas

In Those Damned Immigrants, Ediberto Román takes on critics of Latina/o immigration, drawing on empirical evidence to refute charges of links between immigration and crime, economic downfall, and a weakening of Anglo culture. Román utilizes government statistics, economic data, historical records, and social science research to provide a counter-narrative to what he argues is a largely one-sided public discourse on Latino/a immigration.