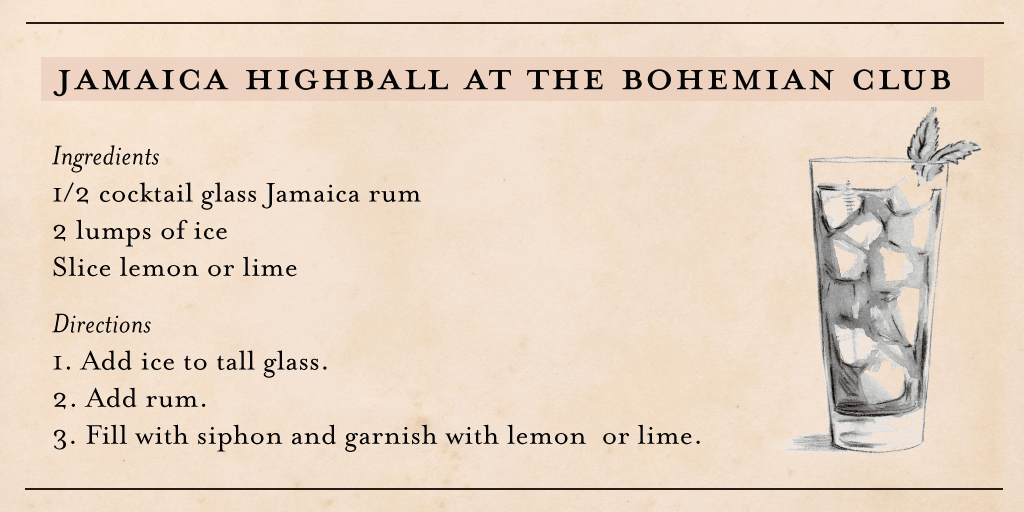 Cecilia Tichi’s Gilded Age Cocktails is a delightful romp through America’s Golden Age of Cocktails. Coinciding with America’s burst of invention in the decades following the Civil War, the innovation of the beverage heralded as the “cocktail” was a welcome addition to imbiber’s drinking repertoire. We caught up with the author Cecilia Tichi about the inspiration and research behind her fascinating new book, as well as her own favorite Gilded Age cocktails.

What was your inspiration for writing Gilded Age Cocktails?

How is Gilded Age Cocktails structured? What should readers expect when picking up a copy of this book?

In the introduction, you provide a historical account of the factors that spurred the Golden Age of Cocktails. Was there an invention or technology that had the greatest influence on the emergence of the cocktail?

CT: The technology most influential on the cocktail was—and is—ice. Frozen lakes and factories heralded the Era of the Cocktail. (Don’t believe it? Just imagine a lukewarm Martini or Manhattan in July.)

What methodologies did you use to conduct research for this book?

CT: My library of 2-3 thousand volumes on US history anchors the book, including my published books and articles. For cocktail history, I added several Gilded Age bartenders’ books, such as Jerry Thomas’s 1877 How to Mix Drinks, or, The Bon Vivant’s Companion.

You provide a fascinating portrait of the important role bartenders play in the popularization of the cocktail. Who were the bartenders of the Gilded Age?

CT: Theatrical performers with diamond studs and cufflinks, the maestros of the bar starred in drinks they invented: Johnny Solon at the Waldorf-Astoria mixed the Bronx; New Orleans’s Henry Ramos invented the Ramos Gin Fizz; Jerry Thomas flipped his first and last names to concoct the Tom and Jerry.

Gilded Age Cocktails seems to be as much an ode to the Golden Age of Cocktails as it is a cultural history of the cocktail-drinking society in which it was born. What do the beverages of the Gilded Age say about the social life of that era?

CT: The post-Civil War decades burst with the wondrous telephone, the motor car, the airplane, electric lights, a host of other marvels—and with brilliant concoctions stirred and shaken for the newly sophisticated palates eager for novelty at every turn. Champagne flowed for ladies—but distilled spirits? Men only!

What are some of the most recognizable cocktails readers will find in your book that have Gilded Age origins?

CT: Today’s imbibers owe the Gilded Age the Old Fashioned, the Champagne Cocktail, the Martini…but the proportions in those days suggest the drinks were meant for those with a sweeter tooth than ours today.

Throughout the book, you provide recipes for the concoctions mentioned in the text. Did you try making any of these cocktails yourself? Which ones would you suggest to your cocktail-drinking readers?

CT: I toyed with some drinks, took others on faith, like the Brain Duster and Black Velvet.  My favorites: A Ramos Gin Fizz on an outdoor terrace on a sunny Sunday late morning…indoors any evening, an Old Fashioned with good bourbon or rye, macerated orange, and crystal clear ice. (One is plenty.) 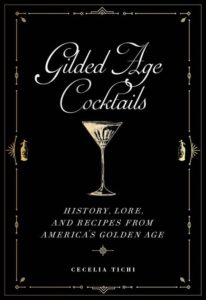 Cecelia Tichi is a native of Pittsburgh, the “Steel City” of the Gilded Age, and is an award-winning author and Professor of American literature and culture at Vanderbilt University. Her books include Gilded Age Cocktails and What Would Mrs. Astor Do? The Essential Guide to the Manners and Mores of the Gilded Age. Cecelia currently resides in Nashville, Tennessee.