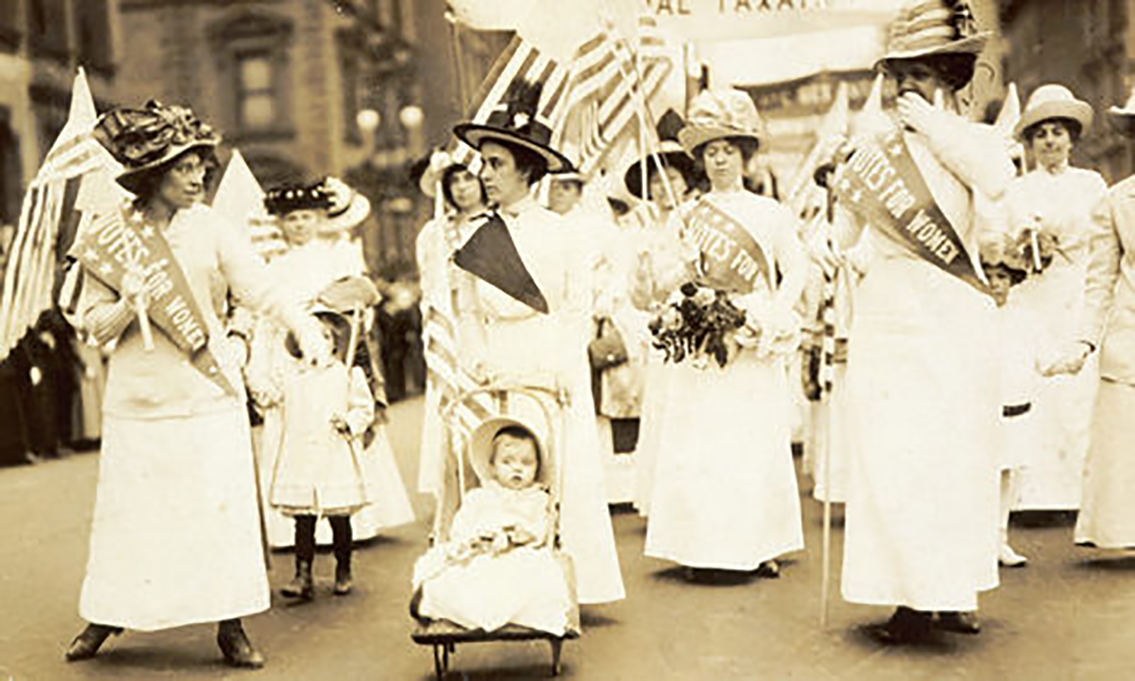 In 1920, after the U.S. Congress finally passed—and three-fourths of the states duly ratified—the Nineteenth Amendment guaranteeing women the constitutional right to vote, an exhausted suffrage leader Carrie Chapman Catt looked back and pondered what the achievement had cost American women.

In fact, this  “pauseless campaign” may have contained the very taproot of its ultimate success. In state after state, year after year, efforts to enfranchise women were defeated, until finally the tide turned. Like ballot initiatives in our own times for marital equality or death with dignity, states served as incubators for social change, testing the concept in the unforgiving glare of the public square.

The repeated effort of feminists to place the suffrage issue on the ballot—along with clever public relations tactics such as parades, advertising and soapbox lectures—defused public opposition, taking the toxins out of an idea once deemed radical. As I chronicle in my new book, Gilded Suffragists: The New York Socialites Who Fought for Women’s Right to Vote, once the social set’s media darlings joined the effort, it gave a buzz of excitement, and a celebrity endorsement, to a movement said to be “in the doldrums.”

By 1912, 1.2 million women had been granted the right to vote by five Western states—Wyoming (1890). Colorado (1893), Utah (1896), Washington (1910) and California (1911), Four years later, when Woodrow Wilson campaigned for re-election, six other states had empowered women to vote in federal elections—Arizona, Kansas and Oregon (1912), Illinois (1913) and Montana and Nevada (1914). After the election, analysts concluded that Wilson would not have been returned to office without women’s votes.

Despite Catt’s diagnosis of a pauseless campaign of 52 years, the women’s suffrage movement had a far longer history. Individual women tried to vote even before the colonies rebelled against the crown—Margaret Brent in 1648 and Lydia Taft in the 1760s. And in 1776, as her husband departed for the Continental Congress, Abigail Adams famously urged him to “remember the ladies.”  She added that otherwise, “We are determined to foment a Rebelion, and will not hold ourselves bound by any Laws in which we have no voice, or Representation.” John Adams, a future president, wrote back that no man would voluntarily share power with his wife. “I cannot but laugh,” he replied. “We know better than to repeal our masculine systems.”

And the fight for women’s voting rights lasted far beyond inking the Nineteenth Amendment into the U.S. Constitution. In 1962, a 44-year-old African-American woman in ill health and with little education decided she wanted to vote. In the face of Mississippi’s Jim Crow laws, Fannie Lou Hamer was beaten, forced out of her home, and fired from her job. Her response was to join registration drives spearheaded by SNCC, the Student Nonviolent Coordinating Committee. Often, after dangerous encounters, she became the movement’s singing voice, calming activists with her rendition of “This Little Light of Mine.” Three years later, Congress enacted the Voting Rights Act, one of the country’s most sweeping pieces of legistlation.

It is easy to forget just how controversial was this idea that women should have the vote.

When Elizabeth Cady Stanton proposed it at the 1848 Women’s Rights Convention at Seneca Falls, her co-sponsor Lucretia Mott, a Quaker, proclaimed, “Why Lizzie, thee will make us ridiculous,” and her husband Henry Stanton boycotted the meeting out of fear for his political career. Only Frederick Douglass, escaped slave and famed orator, rose to defend the suffrage plank in The Declaration of Rights and Sentiments. Years later he hailed this moment as one of his proudest. “When I ran away from slavery, it was for myself,” Douglass explained. “When I advocated emancipation, it was for my people. But when I stood up for the rights of woman, self was out of the question, and I found a little nobility in the act.”

Fannie Lou Hamer’s story is a reminder that even rights guaranteed in the U.S. Constitution after a pauseless 52-year campaign sometimes need a new generation to defend them. And perhaps there is nobility in the effort.

Johanna Neuman is a writer, historian and scholar in residence at American University in Washington, D.C. An award-winning journalist and former Nieman Fellow at Harvard, she covered the White House, the State Department and Congress for the Los Angeles Times and USA Today. She is the author of Gilded Suffragists: The New York Socialites who Fought for Women’s Right to Vote.