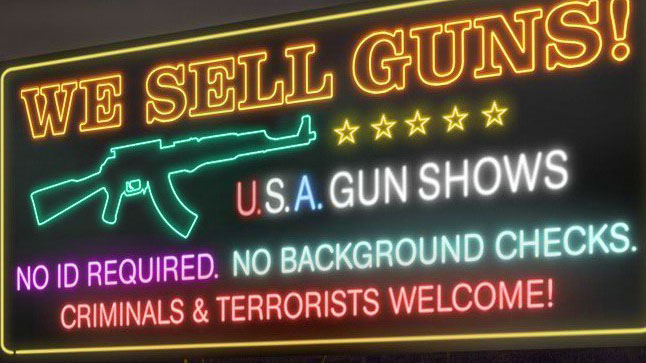 Passing more gun control laws won’t make much, if any, difference if the laws can’t be implemented or enforced. That was the conclusion we reached in our case study of New York’s 2013 SAFE Act, touted as the “toughest gun control law in the nation”. The Act, passed 30 days after the Sandy Hook Elementary School massacre in Newtown, Connecticut, included practically every gun control initiative that New York State’s Governor Andrew Cuomo’s drafting team could think of. The problem is that most of the initiatives cannot be effectively implemented or, if implemented, enforced.

The provision requiring ammunition sellers to conduct background checks on their purchasers has not, for technological and cost reasons, been implemented at all. The provision requiring every pistol licensee to reregister overwhelmed the State Police.  In order to cope, the State Police dropped the idea of background checking the applicants; thus, every applicant who properly filled out the form was approved. Without background checking, the SAFE Act’s recertification law will not help to ensure that firearms-ineligible persons do not obtain or retain guns.

A number of the Act’s initiatives cannot be effectively enforced because of insufficient police authority and manpower. For example, there is no practical way to take guns away from the more than 300,000 domestic violence protection order respondents in New York State. Imagining that the police will go to each respondent’s residence, and find and seize all the respondent’s guns after a thorough and intrusive search is wishful thinking; there are nowhere near enough police to do that. And even if a successful search was accomplished, the respondent could easily acquire another gun on the black market or using a straw purchaser. (The same problem dogs red flag laws.)

The SAFE Act mandated universal background checking for firearm sales. In order for one private party to transfer a gun to another private party, the gun must be taken to a federally licensed dealer who initiates a background check on the purchaser. Given the difficulties of policing private gun transfers, it is not surprising that compliance with New York’s law has been very low.  Investigation has shown that the large majority of people selling guns via internet websites are willing to complete a sale, without going to a licensed dealer to run a background check. This does not portend well for the federal bill that is the Democrats’ top gun control priority. To be sure, neither the Bureau of Alcohol, Tobacco, Firearms and Explosives, nor the FBI have anything like the manpower to serve as the front-line nation-wide enforcement agency for universal background checking. A federal requirement that state and local police enforce federal universal background checking would violate the 10th Amendment.  More worryingly, the vast majority of perpetrators of mass shootings have passed a federal background check.

The SAFE Act outlawed the manufacture, sale and possession of military-like assault rifles, shotguns and handguns, defined as center-fire detachable-magazine-loading semi-automatics with any military-like feature (e.g. pistol grip, folding stock, bayonet mount, muzzle brake). Existing assault weapon owners are grandfathered if they register their weapon with the State Police. A registered assault weapon owner may never transfer or bequeath a registered assault weapon to another New York State resident.  The problem is that the vast majority of the State’s assault weapon owners have not registered (only 4-6% of assault weapons were registered a year after the registration requirement came into force). (Compliance has been just as poor in the few other states with similar bans.) Moreover, many functionally identical semi-automatics remain legal, provided they do not have any of the banned features.

The SAFE Act prohibited ammunition loading devices (like magazines) with more than seven-round capacity.  Gun owners and manufacturers were quick to point out that seven-round magazines are not commonly produced.  Within months of the SAFE Act’s passage, Governor Cuomo agreed to a legislative amendment to increase the magazine capacity limit from seven to ten rounds, provided the ten-round magazine is not loaded with more than seven cartridges.  The seven-round loading requirement was subsequently struck down by the Courts on the basis that the State had failed to show why a would-be malefactor, intending to use a ten-round magazine to commit a mass shooting, would bother complying with the loading limit.  Loading limits aside, the main implementation problem remains that large capacity magazines are legal in the large majority of states and can be ordered online. A federal law preventing the interstate sale of large capacity magazines is necessary, but also easy to evade. (Violations of the federal law restricting interstate sale of guns are practically never enforced.)

The SAFE Act required mental health professionals to report to county officials the names of patients judged to be mentally ill and dangerous. The reported persons’ names are added to a state database.  The State is supposed to “periodically” check the statewide firearms license database against the database of mentally disqualified persons to identify individuals who are no-longer firearms-eligible. If an individual is identified as been disqualified due to a clinician’s report, the county firearms licensing offer should initiate license revocation.    Even if that happens, it may be difficult to ascertain what guns the individual possesses, as outside of New York City there is no licensing requirement for long guns.  It may also be relatively easy for the disqualified person to buy or borrow a new gun.  Most crime guns are shared with, or borrowed from friends.  Purchasing a rifle or shotgun from a licensed dealer should also not pose a problem because the federal background checking system does not search New York’s state databases.

It should hardly be surprising to learn that in a nation with more than 300 million guns in private hands and a constitutional right to keep and bear arms, gun control is an immense regulatory challenge. That challenge will not be met simply by passing laws. We need to build a regulatory infrastructure capable of implementing, enforcing and evaluating gun controls. This will take commitment and resources from both state and federal governments. Until then, the fight over new gun laws will amount to little more than political posturing. 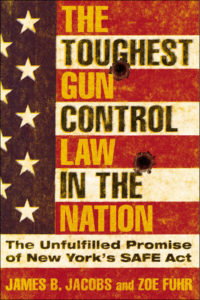 James B. Jacobs, legal scholar and sociologist, is Warren E. Burger Professor of Law and Director, Center for Research in Crime and Justice, NYU School of Law. Among his books are Mobsters, Unions & Fed: The Mafia and the American Labor Movement, Gotham Unbound: How New York City Was Liberated from the Grip of Organized Crime, Busting the Mob: United States v. Cosa Nostra, and Corruption and Racketeering in the New York City Construction Industry, all published by NYU Press. His latest book, co-authored with Zoe Fuhr, is The Toughest Gun Control Law in the Nation: The Unfulfilled Promise of New York’s SAFE Act, coming in November from NYU Press.