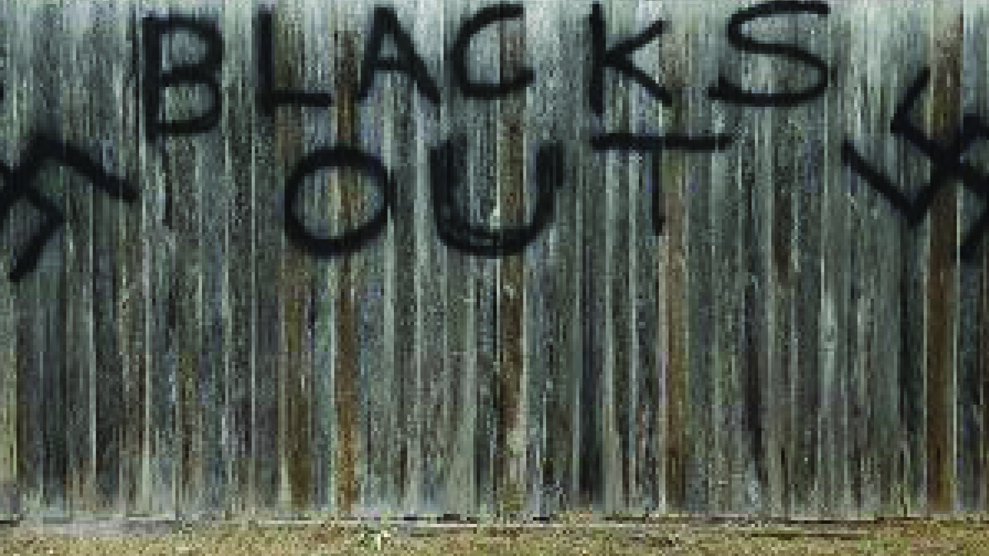 [This piece originally appeared on the Oxford University Press blog. It is the final post in the series featuring NYU Press authors in celebration of the launch of NYU Scholarship Online.]

Republican Presidential candidates Donald Trump and Ted Cruz have called for the mass deportation of undocumented workers, the majority of whom hail from Mexico.  To many liberals, the anti-immigrant rhetoric of these Republican candidates seems oddly anachronistic—a terrible throwback to an earlier America when we were less in touch with our melting pot roots.  After all, Trump’s critics point out, we are all immigrants since most of us have come to this land of opportunity from many different shores.

Trump’s support, and his sometimes front runner status, tells a different, and more accurate story about the hierarchy in our popular immigrant story.  To too many white Americans, it matters when you came to America, and where you came from. The idea that “foreign” workers threaten America, has some acceptance, and sometimes leads to violence.

The best known case of the violence directed at these “foreign” workers was the case of Vincent Chin, a 27 year-old Chinese American beaten to death in Detroit by two white men in 1982. One of the men who killed Chin—Robert Ebens had said to Chin, “It’s because of you motherf—kers that we’re out of work.”  Ebens was referring to the crisis facing Detroit auto companies from Japanese competitors.  Ebens argued with Chin, followed him and then beat him with a baseball bat, while his 22-year-old stepson Michael Nitz held Chin down.

The case of Vincent Chin is not the only violent attack on immigrants where the target was selected because as non-white immigrants they pose a threat to America. In my work, I analyze the contemporary experiences of racial and ethnic minorities who have been victimized by hate crime in the wake of moves to white neighborhoods.  In addition to cases of individuals beating Latinos while screaming, “Go back to Mexico,” I document the rising number of assaults directed at Latino residents of Suffolk County, New York between 1990 and 2010.  I argue that increases in the Latino population caused white residents to feel threatened.

What the current anti-immigrant rhetoric has in common with these acts of violence is their explicit narrative of America as a white country, and certain spaces as exclusively white.  Targeting someone of color because they have moved to your neighborhood supports the (unlawful) notion that there are neighborhoods that are legitimately whites-only.

One could argue that when anti-immigrant rhetoric bleeds into violence these acts can be addressed by the hate crimes and other legislation.  First, many low level hate crimes occur below the radar.  Victims often do not report such crimes, which means that they’re not investigated by the police.  In such cases, all of the negative effects—the fear and isolation the perpetrator has caused—must be born exclusively by the victim and his or her family.

It is important to note that even when there are laws that apply, some attacks are not adequately addressed under the law.  Though, Vincent Chin’s killers were prosecuted under the criminal and civil rights law they spent little, if any, time in jail.  The most recent piece of federal hate crime legislation, the James Byrd Matthew Shepard Act has only been used to prosecute a few incidents.  If we do not have a wholly effective way to address all hate crimes after they have occurred, it might help the potential targets of these crimes if we paid closer attention to the anti-nativist rhetoric adding fuel to the fire.

Jeannine Bell is Professor of Law at IU Maurer School of Law-Bloomington. Her book, Hate Thy Neighbor: Move-In Violence and the Persistence of Racial Segregation in American Housing, published by NYU Press in 2013, is now available on NYU Scholarship Online. Read the introduction, freely available on UPSO for a limited time. She is also the author of Policing Hatred: Law Enforcement, Civil Rights, and Hate Crime (NYU Press, 2004).