As we celebrate Veteran’s Day this month, we’re exploring recent works on military history and learning more about the experiences of members of the armed forces. Find fascinating studies below on the military’s mental health crisis, the complex processes of military tribunals, the role of gender in the military, and more—each $1.99 through the end of November.

Offer good through November 30, 2020, only available through US retailers 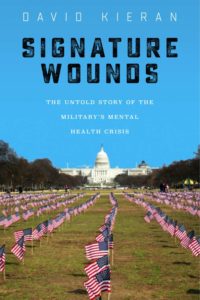 The Untold Story of the Military’s Mental Health Crisis

This book shows how PTSD, TBI, and suicide became the signature wounds of the wars in Iraq and Afghanistan, how they prompted change within the Army itself, and how mental health became a factor in the debates about the impact of these conflicts on US culture.

“A challenge to conventional wisdom about the military ignoring PTSD, traumatic brain injury and suicide among troops who have served in Iraq and Afghanistan. [Kieran] takes readers inside the medical arm of military services and civilian government bureaucracies showing how dedicated researchers and administrators trying to reach consensus about how to treat—and perhaps even prevent—serious mental damage and suicide…an intriguing study.”—Kirkus Reviews 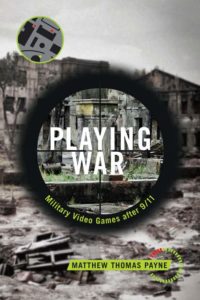 Playing War provides a cultural framework for understanding the popularity of military-themed video games and their significance in the ongoing War on Terror. Matthew Payne examines post-9/11 shooter-style game design as well as gaming strategies to expose how these practices perpetuate and challenge reigning political beliefs about America’s military prowess and combat policies. Far from offering simplistic escapist pleasures, these post-9/11 shooters draw on a range of nationalist mythologies, positioning the player as the virtual hero at every level. Through close readings of key games, analyses of marketing materials, and participant observations of the war gaming community, Playing War examines an industry mobilizing anxieties about terrorism and invasion to craft immersive titles that transform international strife into interactive fun. 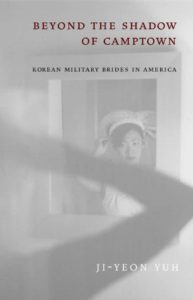 Beyond the Shadow of Camptown

Historian Ji-Yeon Yuh argues that military brides are a unique prism through which to view cultural and social contact between Korea and the U.S. After placing these women within the context of Korean-U.S. relations and the legacies of both Japanese and U.S. colonialism vis á vis military prostitution, Yuh goes on to explore their lives, their coping strategies with their new families, and their relationships with their Korean families and homeland. Topics range from the personal—the role of food in their lives—to the communal—the efforts of military wives to form support groups that enable them to affirm Korean identity that both American and Koreans would deny them.

“Yuh has composed a complex, provocative, and compassionate portrayal of the experiences of Korean military brides from the 1950s through the 1990s . . . A wonderful resource… Highly recommended.”—Choice 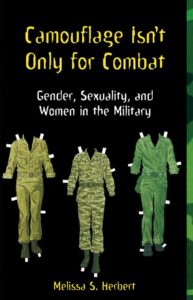 Camouflage Isn’t Only for Combat

Gender, Sexuality, and Women in the Military

Drawing on surveys and interviews with almost 300 female military personnel, Melissa Herbert explores how women’s everyday actions, such as choice of uniform, hobby, or social activity, involve the creation and re-creation of what it means to be a woman, and particularly a woman soldier. Do women feel pressured to be “more masculine,” to convey that they are not a threat to men’s jobs or status and to avoid being perceived as lesbians? She also examines the role of gender and sexuality in the maintenance of the male-defined military institution, proposing that, more than sexual harassment or individual discrimination, it is the military’s masculine ideology—which views military service as the domain of men and as a mechanism for the achievement of manhood—which serves to limit women’s participation in the military has increased dramatically.

“Working with interview data and with 285 surveys completed by veterans and active-duty personnel, Herbert shows how military women often adjust their language, dress, hairstyles, comportment, activities, and other characteristics in an effort to shape how they are perceived.”—The Chronicle of Higher Education 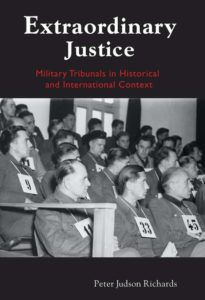 Extraordinary Justice seeks to fill an important gap in our understanding of what military tribunals are, how they function, and how successful they are in administering justice by placing them in comparative and historical context. Peter Judson Richards examines tribunals in four modern conflicts: the American Civil War, the British experience in the Boer War, the French tribunals of the “Great War,” and Allied practices during the Second World War.

Richards also examines the larger context of specific political, legal and military concerns, addressing scholarly and policy debates that continually arise in connection with the implementation of these extraordinary measures. He concludes that while the record of the national tribunals has been mixed, enduring elements in the character of warfare, of justice, and the nature of political reality together justify their continued use in certain situations.

“In an illuminating . . . survey, Richards traces the use of military commissions . . . throughout the U.S. history as well as in the Boer War and World War I.”—New York Law Journal 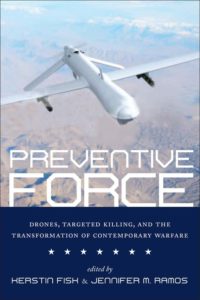 Drones, Targeted Killing, and the Transformation of Contemporary Warfare

In Preventive Force, editors Kerstin Fisk and Jennifer Ramos bring together legal scholars, political scientists, international relations scholars, and prominent defense specialists to examine the most important questions surrounding the use of preventive force, whether in the context of full-scale preventive war or preventive drone strikes. In particular, the volume highlights preventive drones strikes, as they mark a complete transformation of how the US understands international norms regarding the use of force, and could potentially lead to a ‘slippery slope’ for the US and other nations in terms of engaging in preventive warfare as a matter of course. A comprehensive resource that speaks to the contours of preventive force as a security strategy as well as to the practical, legal, and ethical considerations of its implementation, Preventive Force is a useful guide for political scientists, international relations scholars, and policymakers who seek a thorough and current overview of this essential topic. 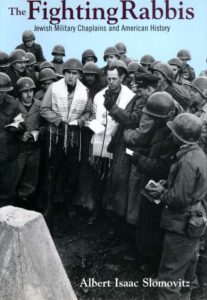 by Albert I. Slomovitz

The Fighting Rabbis presents the compelling history of Jewish military chaplains from their first service during the Civil War to the first female Jewish chaplain and the rabbinic role in Korea, Vietnam, and Desert Storm. Rabbi Slomovitz, himself a Navy chaplain, opens a window onto the fieldwork, religious services, counseling, and dramatic battlefield experiences of Jewish military chaplains throughout our nation’s history.

From George Washington’s early support for a religiously tolerant military to a Seder held in the desert sands of Kuwait, these rabbis have had a profound impact on Jewish life in America. Also striking are original documents which chronicle the ongoing care and concern by the Jewish community over the last 140 years for their follow Jews, including many new immigrants who entered the armed forces. Slomovitz refutes the common belief that the U.S. military itself has been a hostile place for Jews, in the process providing a unique perspective on American religious history. 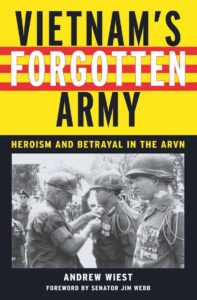 Heroism and Betrayal in the ARVN

Vietnam’s Forgotten Army: Heroism and Betrayal in the ARVN chronicles the lives of Pham Van Dinh and Tran Ngoc Hue, two of the brightest young stars in the Army of the Republic of Vietnam (ARVN). Both men fought with valor in a war that seemed to have no end, exemplifying ARVN bravery and determination that is largely forgotten or ignored in the West. However, while Hue fought until he was captured by the North Vietnamese Army and then endured thirteen years of captivity, Dinh surrendered and defected to the enemy, for whom he served as a teacher in the reeducation of his former ARVN comrades. An understanding of how two lives that were so similar diverged so dramatically provides a lens through which to understand the ARVN and South Vietnam’s complex relationship with America’s government and military.