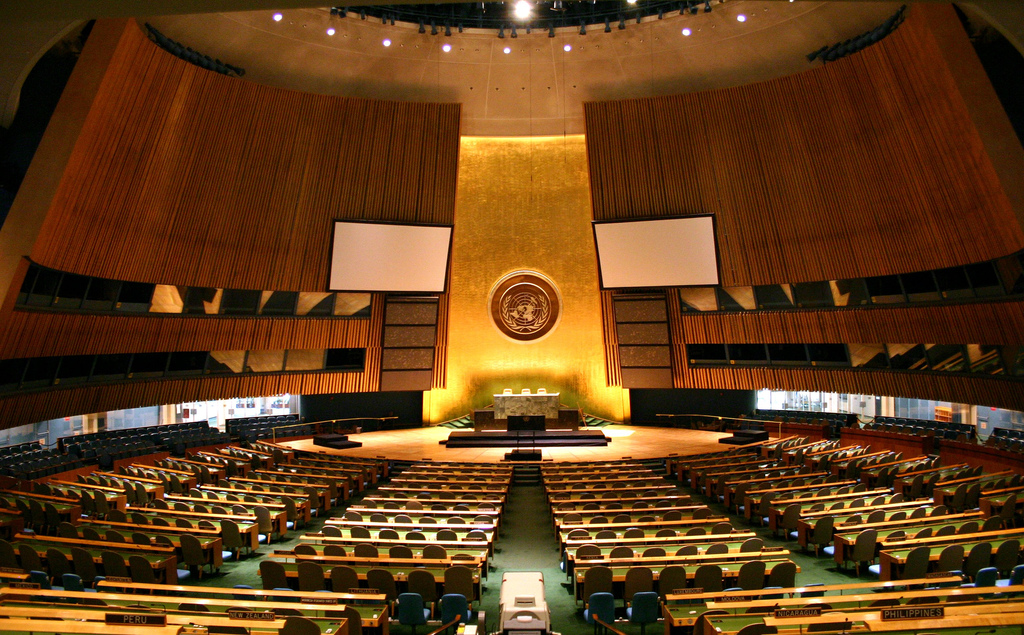 At the end of WWII, the United Nations needed a headquarters… And so began the race to host the United Nations, with over 200 American cities and towns fighting to become the UN’s new home, or the “capital of the world.”

In Capital of the World (NYU Press, 2013),  award-winning historian and journalist Charlene Mires uncovers this fascinating history of hometown promoters in hot pursuit. We invited Mires to share a few stories with us on our blog leading up to the book’s publication. First up: one for you, New York.

At the end of World War II, everything was up for grabs – even the prize of becoming the host city for the United Nations. It was by no means a sure thing that the new peacekeeping organization would settle in New York. In fact, a city was just about the last place that diplomats wanted to be (think of the traffic!).

Capital of the World follows the adventures and antics of civic boosters from New York and nearly 250 other cities and towns and as they competed for the honor of becoming the site for the United Nations headquarters. Offers poured in to the UN from large cities such as Boston, Philadelphia, Chicago, and San Francisco, but also from such seemingly out-of-the-way places as the Black Hills of South Dakota. In the spirit of Broadway musicals of the time – think of “Anything You Can Do, I Can Do Better” from Annie Get Your Gun (1946) – New Yorkers had to out-maneuver determined rivals as well as the reluctance of the world’s most powerful diplomats.  How did they do it?

There is much more to the story. Capital of the World reaches across the nation and around the world to capture a pivotal moment in world history, when it seemed that everyone, everywhere could imagine their own home towns as the Capital of the World. The story is especially timely for New Yorkers as the United Nations moves toward completing renovations of its landmark headquarters in Midtown Manhattan. For a city that takes pride in being the Capital of the World, this book provides an overlooked history of one of New York City’s greatest landmarks.

Charlene Mires is Associate Professor of History at Rutgers University-Camden. She is also the author of Independence Hall in American Memory and a co-recipient of a Pulitzer Prize in journalism.

One thought on “How did NYC land the UN?”