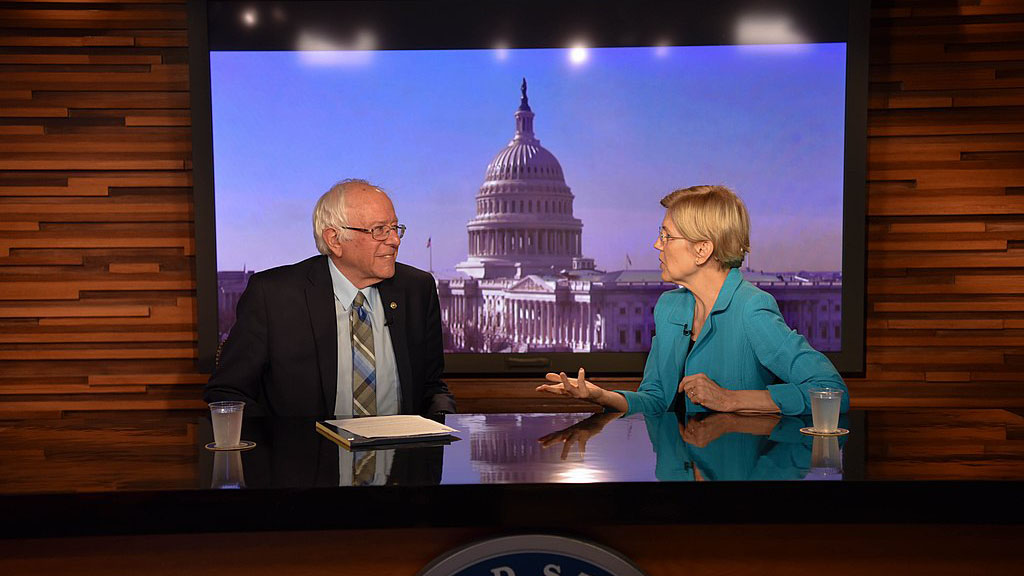 I wrote in part in early November about Bernie and Elizabeth:

I am trying to be very careful that I do not absorb the misogyny of this moment to not risk what is needed to make the most radical assault on the present regime and the heartbreaking punishment of inequality. So, at this moment I am leaning toward Warren. Think about it carefully by pushing yourself to see your own biases and prejudices.

I think the more radical the agenda for changing the hurt and sorrow of this country, the better chance we have to win.  Only a full assault against racist misogyny can ever bring about socialism for the working- class as it exists today.

Whatever your politics, whoever you are considering as your Democratic candidate, really think as radically as you can about who will dislodge the sexual and racial violence of now, and vote for them. Socialism, in the economic sense, will follow.

And I write and continue this thinking now, January 16.

The recent dust-up between Elizabeth and Bernie has really unsettled me, again.  Many think she has lied and that Bernie would have never said that a woman could not win the 2020 election, that he has always been supportive of women. Shaun King tweets that Bernie is on record saying a woman could win the presidency and asked Warren to run in 2016 before doing so himself. (But, clearly he did not do so for 2020.)

I don’t want to speculate about who said what, who has lied, who has embellished more, or whatever else, because in this political cesspool I can never know. But I also need to say that I am really hesitant to believe that Warren has stooped to a new political low here because she is judged more harshly because she is a woman.  This feels unbearable, but this is the conundrum: complicity in misogyny is too silent and seductive. (Did I say I hate her cardigans and wonder why she wears them?) Probably both she and Bernie have taken liberties to spin this whole thing for their own gain. But there is no equity here—women are already disadvantaged in an insidious and structural system of white male privilege. Saying so is not whining.

So let me instead ask and wonder:

About what it means that it is even necessary to query whether a woman can or cannot win a presidential election.  And more particularly what is the subtext to the specific query: Can a woman win against Trump?

About why none of the candidates say that a fabulous woman should become, or needs to be the next president.  Or, say that given the fact Donald Trump is a known misogynist, rapist, racist, liar, thief, and war-mongered—that a woman is exactly who should run against him.

What does it really mean to say: “of course a woman can win the presidency” when no woman has in the US, even if Hillary got more votes.  In its own way such a statement is dismissive, and especially of the hurdles set by racist misogyny and patriarchal practices.

And, lets be clear. Bernie, at least right now, does not want a woman to win.  He wants to win. He couldn’t let go of his ego in this last debate to avoid calling Elizabeth a liar.  He kept pushing back against her claims, letting nothing go.  He had to have the last word no matter what declaring that he too had beat a Republican, not just the women. He could not step back for a moment. And by the way, what person past 70 would ever be absolutely sure of the context of what they said exactly in a 2-year old private convo?

Because gender is always present and also silenced it has exploded into the discourse and not well.  What is a woman anyway?  Each has a politics, a race, a sexual preference, a class, etc.  I wish Warren would “own” this debate and say exactly what she wants to do here.  Does she want to run openly as an anti-racist feminist? Then do so, and take on Bernie while you push forward for abortion for all, health care especially defined for women of color, and so on.  If you think this is too radical just think about how radical Trump is.

Neither Bernie nor Elizabeth is perfect—there is no perfection of anything anyhow.  “Perfection” is an invention by those who choose and want stasis.  And women, no woman, can win this competition.  So please stop romanticizing Bernie who could do a lot more to shut up some of his obnoxious odious followers.  And Warren, stand up and fight to make clear how much your initiatives matter that you become the next President.

Neither one of you gets to misuse the struggle for gender equality and women’s liberation for your own electoral purposes.

The disgusting media is charging Warren with lying and embellishing her story as she now is being depicted as too often doing.  Bernie seems to be fairing better at the moment viewed as stalwart for the working class and poor always.  Its left to us to figure out if he is talking about the new working classes of women in all their colors.

Yes.  Bernie is consistent. He is re-assuring to his supporters.  But is some of the ease with Bernie that he does not ask us to be newly radical?  I think Warren may be just trying to do so.  If you listen carefully she keeps opening her vision of equity and justice to more and more people.

What does it mean to deal with the racism and misogyny of the electoral arena? Do people think that saying that the whole presidential field is white makes it more ok?  It is actually worse—the open secret is that it is unacceptable to have all white people running for president for a multi-racial country.

Women have stepped to the side for millennium.  How about it guys? How about it Bernie? If it is time to have a fabulous candidate that is a woman, why don’t all the men get out of the way?  Why? Because power is never given, it must be taken?

If the priority is to defeat Trump, I am thinking that Elizabeth may just be the answer.  And, yes I will work for Bernie and vote for him if he is the nominee, who it is looking today as though he may well be. 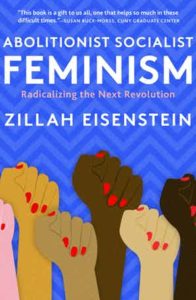 A noted feminist writer, Zillah Eisenstein is Professor Emerita at Ithaca College. She is the author of The Female Body and the Law, which won the Victoria Schuck Book Prize for the best book on women and politics, and, more recently, The Color of Gender: Reimaging Democracy and Hatreds: Racialized and Sexualized Conflicts in the 21st Century.

Feature image from Senate Democrats, used under CC BY 2.0