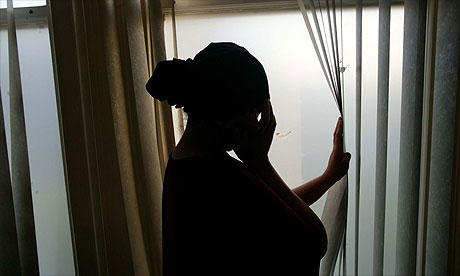 On May 7, 2013, law enforcement was called to the home that Kendra Diggs shared with her boyfriend, Baltimore City police officer James Walton Smith. After hearing a woman crying for help, the officers kicked in the door and removed Diggs from the home. Smith, who was off-duty at the time, ran upstairs, ignoring officers’ pleas to stay to talk.  While officers stood with a bleeding Diggs on the sidewalk, a shot rang out from a second floor window. Diggs, shot fatally in the head, fell to the ground as officers ran for cover. On Monday, August 5, 2013, Smith killed himself in jail while awaiting trial for Diggs’ murder.

What happened to Kendra Diggs is far from an isolated incident. Research shows that intimate partner abuse is two to four times more prevalent in the families of police officers than in the overall population. During the same week that James Walton Smith killed himself, the Cato Institute’s National Police Misconduct Reporting Project documented six other claims of intimate partner abuse involving police officers. Some of these cases have made national news in recent years, such as the 2003 murder of Crystal Brame by her husband, Tacoma police chief David Brame; as well as the domestic violence allegations faced by San Francisco sheriff Ross Mirkarimi in 2012. (Brame committed suicide after killing his wife, while Mirkarimi was reinstated as sheriff after pleading guilty to the false imprisonment of his wife.)

Because of their training, police officers can be particularly dangerous abusers.  As Diane Wetendorf, an expert in officer involved domestic violence, explains, police officers are taught how to intimidate suspects, conduct surveillance, find someone who doesn’t want to be found, and interrogate suspects. Police officers expect compliance with their orders, bolstered by the authority granted to them by the state. Officers learn how to use force without causing serious bodily injury. When used to protect the public, these are all valuable and important skills. When used against an intimate partner, they can be devastating.

The partners of police officers may have few options available to them for addressing their abuse. Most police departments have no specific policy for responding to intimate partner abuse perpetrated by one of their own, despite the efforts of the International Association of Chiefs of Police, which promulgated a model policy in July 2003. Officers’ intimate partners fear calling the police, because he is the police. They are well aware, too, of the culture of silence that cloaks officers’ actions. They know that their partners are well versed in courtroom procedures and are known and respected by judges and prosecutors—making the prospect of court proceedings daunting. Their abusers have access to information systems that allow them to track their partners. They know where the shelters are and often have working relationships or are engaged in collaborations with shelter staff and service providers. Officers’ partners also know that pursuant to federal law, a domestic violence conviction means the officer will lose his gun, and therefore his job, making him that much more vindictive and dangerous. In a society in which the primary response to domestic violence is through the criminal legal system, the partners of police officers often have nowhere to turn.

How can we better protect the intimate partners of police officers? Urging local police departments to adopt strong policies for addressing intimate partner abuse by officers would be a good start. But it is also worth questioning the nature of our response to intimate partner abuse more generally. Should the criminal justice system be the primary response to domestic violence in a country where police officers are disproportionately committing such abuse? Providing options beyond the legal system would help many people subjected to abuse, but few would benefit as much as the partners of abusive police officers.

Leigh Goodmark is Professor of Law, Director of Clinical Education, and Co-Director of the Center on Applied Feminism at the University of Baltimore School of Law, and is currently a Visiting Professor of Law at the University of Maryland Francis King Carey School of Law. She is the author of A Troubled Marriage: Domestic Violence and the Legal System (new in paperback from NYU Press).