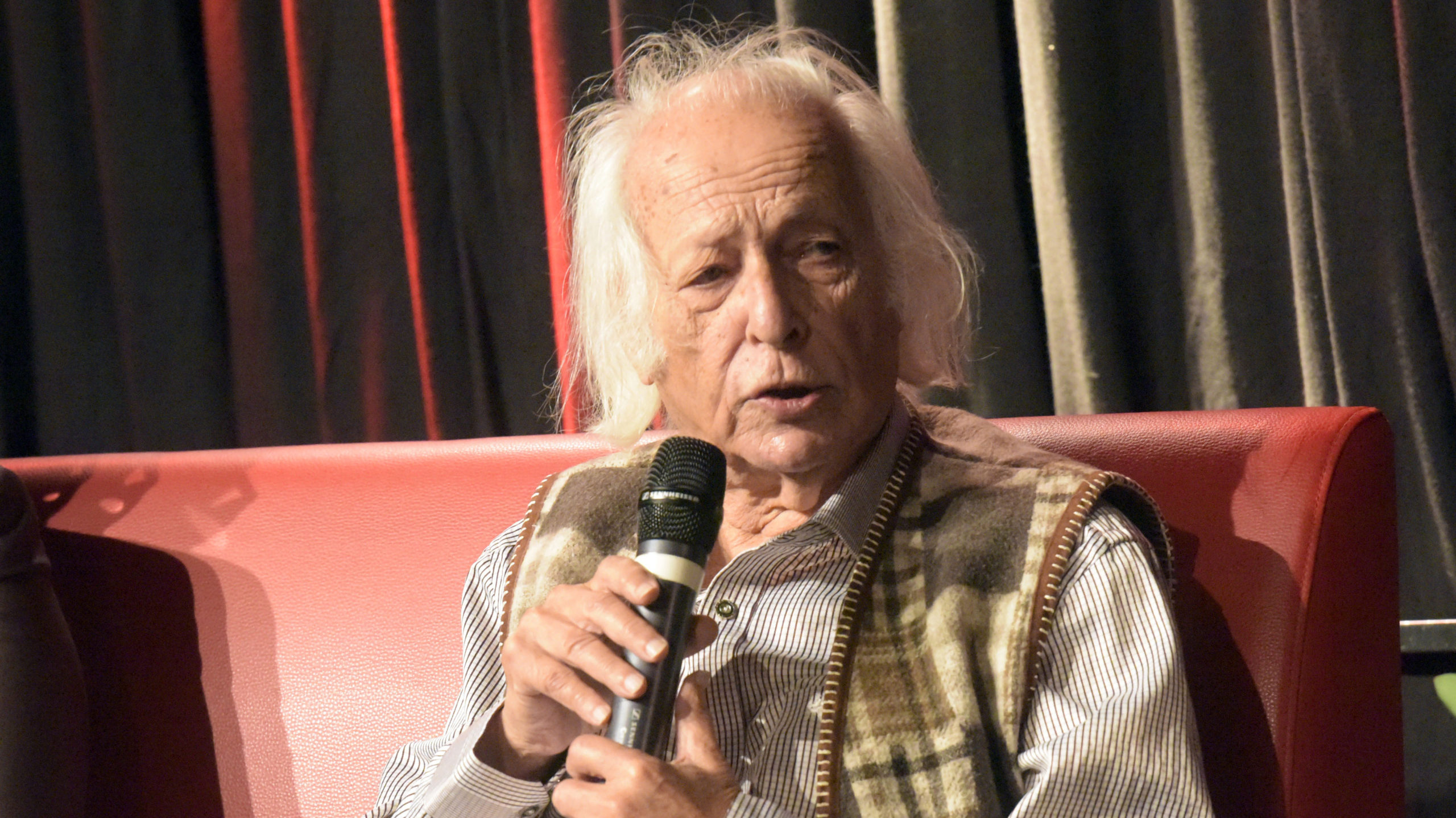 IDEAs network mourns the loss of the celebrated Marxist thinker Samir Amin, who was also a Member of our Advisory Board. Samir Amin’s razor-sharp intellect, penetrating analysis, strong anti-imperialism and conviction in the importance of third world solidarity as well as his deep and continuous commitment to progressive causes around the world, will continue to remain an inspiration for us.

We publish below an obituary by Prabhat Patnaik.

Samir Amin, the renowned Marxist thinker and economist, passed away on August 13 in Paris. Born in Cairo on September 3, 1931, to an Egyptian father and a French mother, he had his initial education in Egypt before moving to Paris where he obtained his doctorate in Political Economy. Drawn to the cause of socialism from his student days he soon became a member of the Egyptian Communist Party. Between 1957 and 1960 he worked at the Institute for Economic Management in Cairo, before Nasser’s growing repression of the Communists drove him out of Egypt. He eventually settled down in Dakar, Senegal, first as the Director of the UN African Institute of Economic Development and Planning and later as the Director of the African Office of the Third World Forum.

Two characteristics set Samir Amin apart from most other Marxist intellectuals of his time. One was his total and absolute commitment to praxis for the cause of socialism. He was not a mere arm-chair theorist who used Marxist tools to analyze the contemporary reality as a form of detached intellectual activity. He was on the contrary a passionately-committed activist, for whom intellectual activity was quintessentially an aid to praxis. He was forever trying to organize fellow-activists for making effective interventions to bring about change, and was closely associated with real movements, both the Communist movement in Senegal and also several NGO movements, all of whom looked up to him for help and guidance.

The second characteristic was the centrality he accorded to imperialism in his Marxist analysis, which is so different from what one normally finds both among first world Marxists (with rare exceptions like the Monthly Review group) and also among many third world Marxists who, oddly, see in neo-liberal globalization a withering away of imperialism. Amin in contrast not only saw imperialism as central to capitalism, but placed it firmly within the framework of the Labour Theory of Value through his theory of unequal exchange for which he is justly celebrated.

The fact that metropolitan capitalism’s annexation of the third world had given rise to a process of unequal exchange had been widely recognized. The question however related to the “norm” with respect to which exchange could be described as unequal. Many would, and did, accept the proposition, which followed clearly from Michal Kalecki’s analysis, that a rise in the “degree of monopoly” within metropolitan capitalism gave rise to a greater squeeze on third world primary commodity producers; but this only made some particular historical date (from which the rise in the degree of monopoly is measured) the norm, or the origin, in relation to which we could locate unequal exchange.

It is clear that for Amin it was not unequal exchange per se that was conceptually central but the fact of super-exploitation. Even if, for instance, the commodities produced by the periphery exchanged against those produced by the metropolis at their respective amounts of total (i.e. direct and indirect) labour-time embodied, as long as the value of labour-power in the former remained below that in the latter because of the former’s massive labour reserves, this super-exploitation will continue; the only difference would be that larger profits would accrue to those who sell the commodities of the periphery (which could well be the MNCs from the metropolis). Central to Amin’s perception of imperialism and of unequal exchange therefore is this fact of super exploitation of the workers of the periphery.

To critics, among whom was Charles Bettelheim, who argued that the value of labor-power relative to labour productivity was lower in the metropolis than in the periphery, so that there was no question of any super-exploitation of the workers in the periphery, the obvious answer was that since the two regions produced dissimilar commodities (because of the colonial pattern of international division of labour), the very comparison of labour productivities had to be not in physical but in value terms; and hence any such comparison would already incorporate the effect of unequal exchange. It would be ironical in short if the effect of unequal exchange was used to disprove the fact of unequal exchange.

This colonial pattern of international division of labour however raises a question with regard to the theory of unequal exchange itself. If the value of labour-power was lower in the periphery than in the metropolis, then why didn’t all activities shift from the latter to the former, resulting in a negation of the division of labour where the former was confined largely to the production of primary commodities while the latter produced manufactures?

This question arises even more strongly with regard to the unequal exchange theory of Arghiri Emmanuel, who argued that goods produced by the metropolis and the periphery exchanged against one another at prices of production, but prices formed on the basis of lower wages in the latter than in the former. Emmanuel in fact argued that mobility of capital equalized the rates of profit in the two regions even though each continued to remain specialized in its product-mix. The question this raises was: why didn’t this mobility of capital obliterate such specialization altogether, with a massive shift of manufacturing itself from the metropolis to the periphery?

This is precisely what is happening to an extent now under globalization, but it still does not remove the difference in the value of labour-power between the two regions (though their divergent movement has come to a stop, through metropolitan wages ceasing to rise with metropolitan labour productivity). The point here however is that Samir Amin’ project was not just to theorize unequal exchange but to look at capitalism as a global system passing through many phases (of which the current globalization is the latest), and to theorize the fact that the labour of the periphery remains super-exploited in all these phases. It was to carry Marx’s analysis forward by looking at accumulation on a world scale.

The unambiguous conclusion that emerges from Amin’s analysis is the need for the periphery to de-link itself from global capitalism if it is to achieve genuine progress, and nobody to my mind has emphasized the need for such de-linking more strongly and persistently than Amin. Japan, the only country outside the metropolis of that time to succeed in breaking into the ranks of the developed countries, could do so because it was not colonized. No other country has yet succeeded in this effort, though China, because of its background of far-reaching reforms in the Maoist period, is perhaps the only one according to him which has the potential for doing so (unless it is subject to military aggression by the West, a risk which he thought China and post-Soviet Russia faced).

Amin was clear that the current phase of neo-liberal capitalism had reached a dead-end. It was not that capitalism had necessarily reached such a cul de sac, but where we go from here, whether towards a new period of capitalist consolidation or towards socialism, would depend upon our praxis. It is for this reason that Amin until almost his last breath was himself actively engaged, and exhorting others to become actively engaged, in revolutionary praxis. He was even suggesting the formation of a new International so that revolutionary praxis across the world could be coordinated.

No account of Amin’s life will be complete without a reference to his immense warmth, generosity, and sheer comradeship. His enthusiasm, his laughter, and his remarkable energy for getting people together and pushing them in the quest for revolutionary praxis, was heart-warming, and infectious for anyone who came into contact with him. Talking to him was itself a learning experience, whether one agreed or disagreed: he would take one over a whole gamut of subjects, ranging from post-war France to the Bandung Conference, to the 2008 financial crisis. It was the joy of talking to a Communist who had kept his faith. He will be sorely missed by legions of friends, comrades and admirers.

Reposted with permission from Monthly Review.