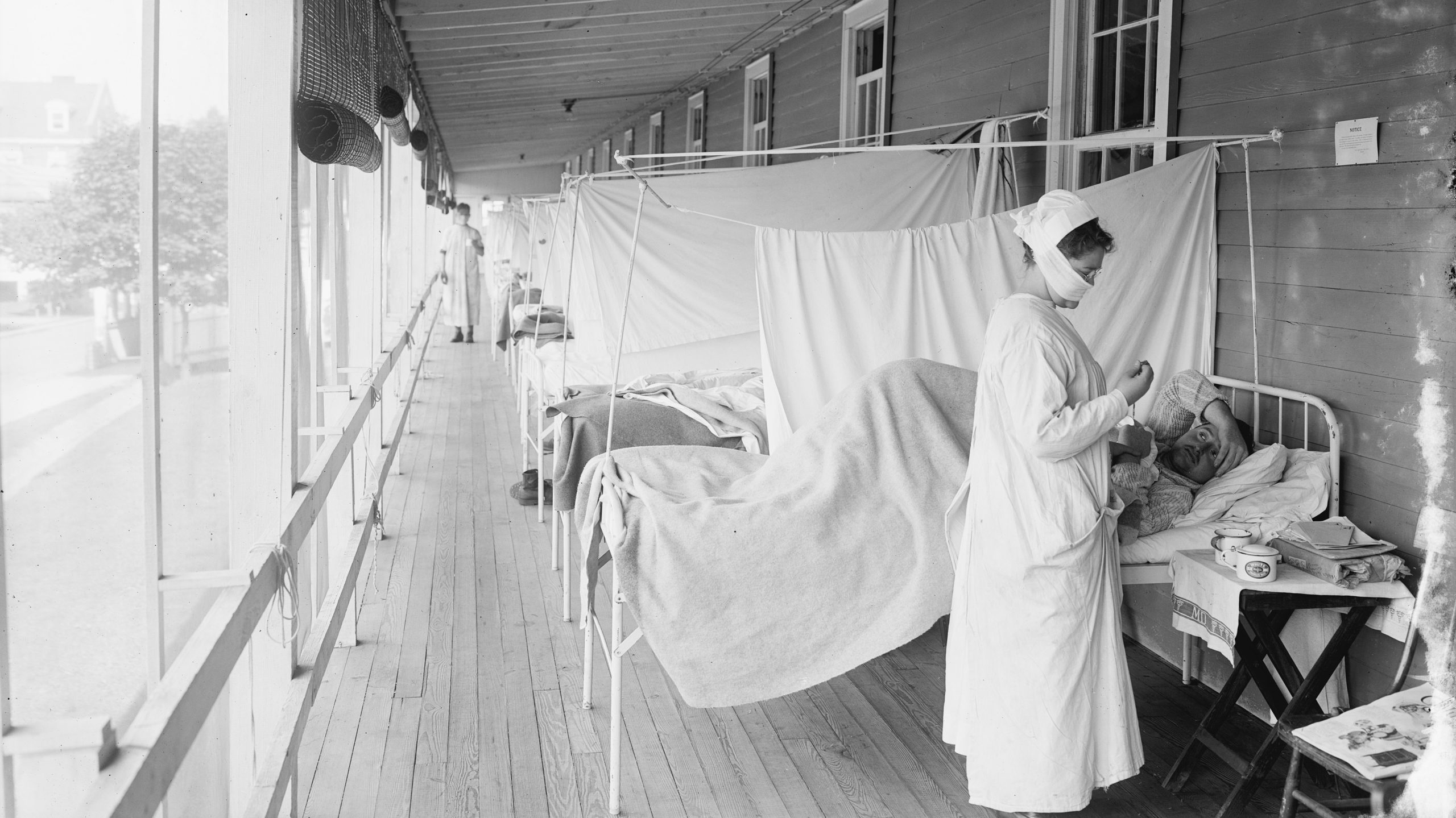 This year marks the centennial of the worst pandemic in human history, when influenza swept the globe killing at least 50 million people in just 18 months – more than three times the death toll of World War I.  News today that hospitals are putting up temporary structures, or “surge tents” to house suspected flu patients evokes the deadly fall of 1918 when influenza choked hospitals across the United States and the world.

Borne out of the trenches of World War I the influenza virus we now know as H1N1 sickened one-quarter of the four million soldiers in the U.S. army and killed 55,000, more service personnel than did enemy fire, 50,000.  Striking the American Expeditionary Forces during the United States’ greatest battle of the war at the Meuse Argonne, influenza rendered thousands of men helpless, clogged hospitals, and caused General Pershing to halt the offensive for three days.  In the civilian world influenza struck virtually every family in the United States and 20 to 40 percent sickness rates closed schools and shops, and overwhelmed hospitals for weeks.  Most victims recovered within days, but those who developed pneumonia were bedridden for weeks.  Graves of the estimated 675,000 Americans who died that fall are found in cemeteries across the country.

We want to believe that a century of medical advances means that such a catastrophe could not happen again, but the history of pandemic influenza shows that such confidence is misplaced.

Influenza is a familiar, “seasonal” disease with a low mortality rate, and common names like “the Grippe,” “the bug,” or “the flu” show little respect for the disease.  During a pandemic, morbidity rates of 20 to 40 percent will sicken medical personnel, teachers, government officials, and transportation, and military populations, bringing society to its knees.

Most influenza deaths are from secondary pneumonia caused by opportunistic bacterial infections.  While today we have powerful antibiotics, respirators, and intensive care units that can save lives, a pandemic of even 10 to 20 percent sickness rates will overwhelm these resources, setting patients in competition for them.  In addition, while many Americans may have better housing and nutrition than in 1918, millions today live with chronic illnesses that can render them vulnerable to influenza complications.

Scientists in 1918 could not see the influenza virus through microscopes like we can today, but they knew it was transmitted through the air, had a short incubation period, and was almost impossible to quarantine against.  All of these factors hold true but, unlike in the world of 1918, a yearly flu vaccine does help protect us from disease.  We fight influenza through global surveillance, informed calculations as to what kind of vaccine to provide, and continued observation to see how it’s working.  But because the influenza virus evolves continually (as monikers of H3N3 and H7N9 suggest), it often outsmarts the experts and vaccines.

The virus of 1918 was a global killer that traveled with troop ships from Europe to the Americas, Africa, Asia and Australia.  Today influenza could theoretically span the globe within a day or two, using jet travel to invade denser urban populations.  The influenza epidemic of 1918 offers a cautionary tale of the power of a virus to prey on humans in war and peace and to continually challenge our ability to control its spread and lethality.

Carol R. Byerly is the author of Fever of War: The Influenza Epidemic in the U.S. Army during World War I (NYU Press, 2005). The Kindle edition is now available for $1.99! She worked for the United States Congress and the American Red Cross, taught history at the University of Colorado, and was a research scholar of military medical history for the Office of the Surgeon General of the United States Army.