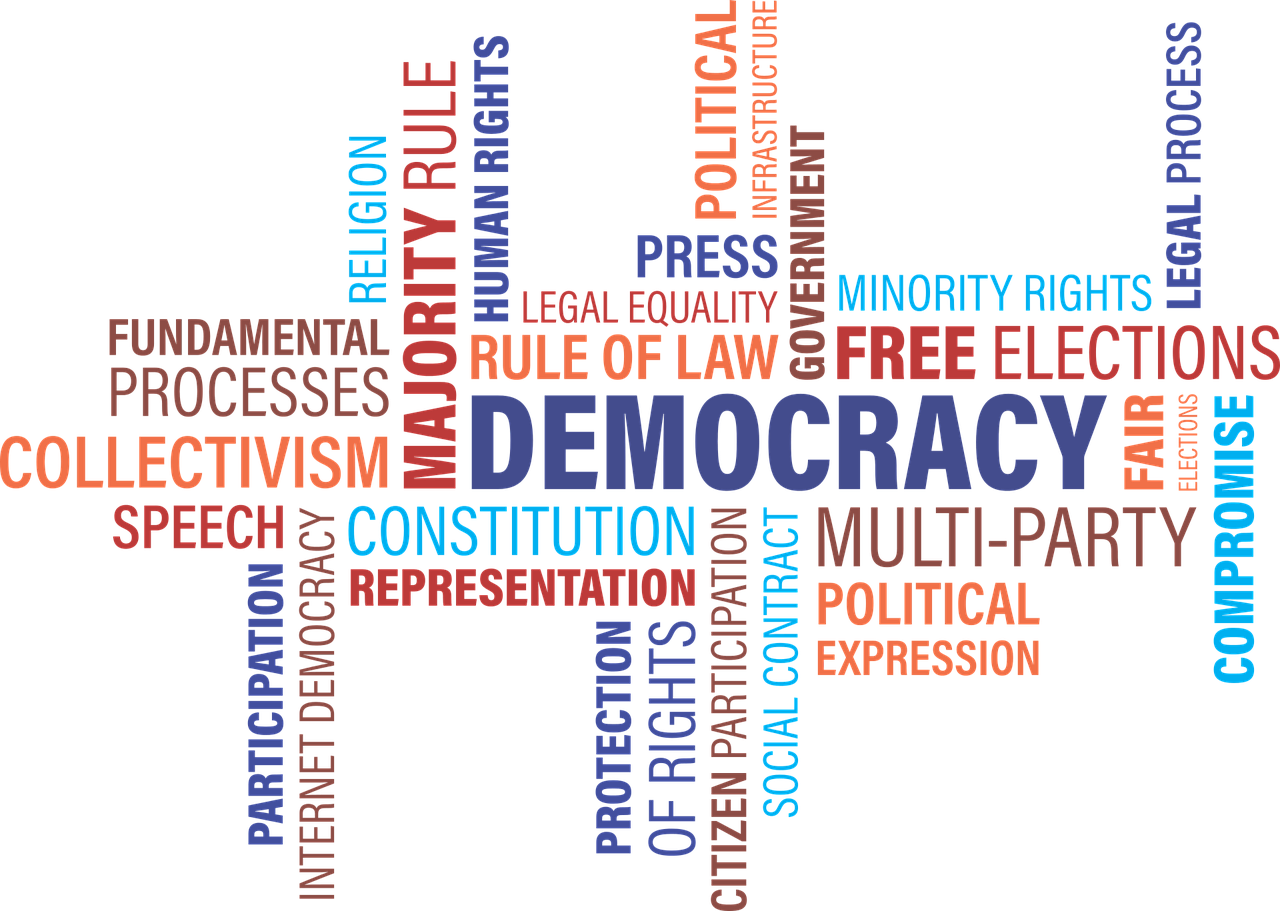 The International Day of Democracy is declared by the UN as “an opportunity to review the state of democracy in the world.” In the books below, scholars work across the world to evaluate democracy’s past, present and future, and to discover ways democracy can be reinvigorated in the 21st century. Through the end of September, use promo code DEMOCRACY25-FM to order these books at 25% off with free shipping on nyupress.org. 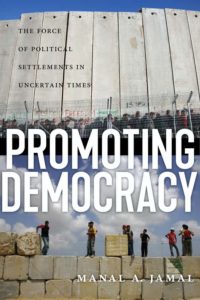 The Force of Political Settlements in Uncertain Times

by Manal A. Jamal

Democracy promotion is a central pillar of the foreign policy of many states, but the results are often disappointing. In Promoting Democracy, Manal A. Jamal examines why these efforts succeed in some countries, but fail in others. A former journalist and researcher in the Palestinian territories, she offers an up-close perspective of the ways in which Western donor funding has, on one hand, undermined political participation in cases such as the Palestinian territories, and, on the other hand, succeeded in bolstering political engagement in cases such as El Salvador.

“Jamal combines mastery of the theoretical literature and political history with extensive field work, including over 150 in-depth interviews with grassroots activists, political leaders, and officials from donor agencies and NGOs.”—Choice 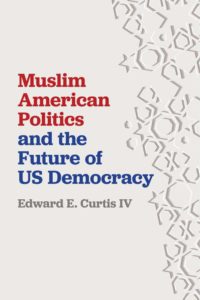 Muslim American Politics and the Future of US Democracy

This volume argues that the future of American democracy depends on whether Muslim Americans are able to exercise their political rights as citizens and whether they can find acceptance as social equals. Many believe that, over time, Muslim Americans will be accepted just as other religious minorities have been. Yet Curtis contends that this belief overlooks the real barrier to their full citizenship, which is political rather than cultural. The dominant form of American liberalism has prevented the political assimilation of American Muslims, even while leaders from Eisenhower to Obama have offered rhetorical support for their acceptance. Drawing on examples ranging from the political rhetoric of the Nation of Islam in the 1950s and 1960s to the symbolic use of fallen Muslim American service members in the 2016 election cycle, Curtis shows that the efforts of Muslim Americans to be regarded as full Americans have been going on for decades, yet never with full success. 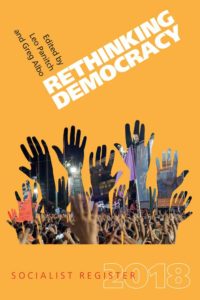 This volume seeks a reappraisal of existing liberal democracy today, yet its main goal is to help lay the foundation for new visions and practices in developing a real socialist democracy. Amid the contradictions of neoliberal capitalism today, the responsibility to sort out the relationship between socialism and democracy has never been greater. No revival of socialist politics in the twenty-first century can occur without founding new democratic institutions and practices. 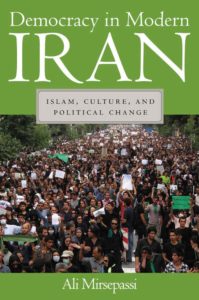 Can Islamic societies embrace democracy? In Democracy in Modern Iran, Ali Mirsepassi maintains that it is possible, demonstrating that Islam is not inherently hostile to the idea of democracy. Rather, he provides new perspective on how such a political and social transformation could take place, arguing that the key to understanding the integration of Islam and democracy lies in concrete social institutions rather than pre-conceived ideas, the every day experiences rather than abstract theories. Mirsepassi, an Iranian native, provides a rare inside look into the country, offering a deep understanding of how Islamic countries like Iran and Iraq can and will embrace democracy. 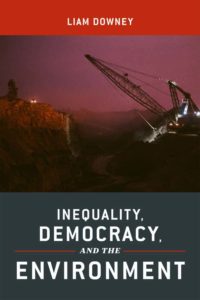 Inequality, Democracy, and the Environment

Liam Downey focuses on four topics—globalization, agriculture, mining, and U.S. energy and military policy—to show how organizational and institutional inequality and elite-controlled organizational networks produce environmental degradation and social harm. He focuses on key institutions like the World Bank, the International Monetary Fund, the U.S. Military and the World Trade Organization to show how specific policies are conceived and enacted in order to further elite goals. Ultimately, Downey lays out a path for environmental social scientists and environmentalists to better understand and help solve the world’s myriad social and environmental crises. Inequality, Democracy and the Environment presents a passionate exposé of the true role inequality, undemocratic institutions and organizational power play in harming people and the environment. 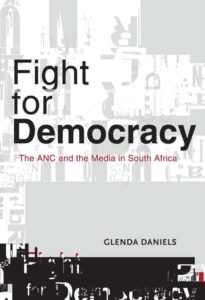 The ANC and the media in South Africa

Fight for Democracy is a penetrating and critical scrutiny of the ANC’s treatment of the print media since the inception of democracy in 1994. In this book, Glenda Daniels does not hide behind a veil of detachment, but instead makes a passionate argument for the view that newspapers and journalists play a significant role in the deepening of democratic principles.

Glenda Daniels examines the pattern of paranoia that has crept into public discourse about the media and the ANC, and their conflictual relationship. She analyses this fraught relationship through various popular media stories, such as Manto and Mondli, Zapiro and Zuma.  The book challenges the view held by the ANC that journalists are anti-transformation and that they take instruction from the owners of the media houses; that they are ‘capitalist bastards’ and ‘enemies of the people’. 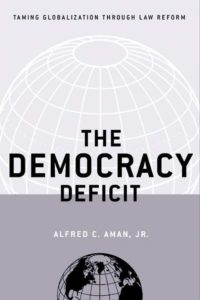 Can citizens govern globalization? Aman argues that they can, and that domestic law has a crucial role to play in this process. He proposes to redefine the legal distinction between public and private to correspond to the realities of the new role of the private sector in delivering public services, and thereby to bring crucial sectors of globalization back within the scope of democratic reform.

“Contributing significantly to the democracy deficit literature, Aman espouses a re-invigoarated citizenship through domestic law reform, and is, perhaps, surprisingly, sanguine about the future of the ‘globalizing state.”—World Trade Review 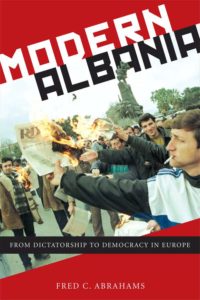 From Dictatorship to Democracy in Europe

Modern Albania offers a vivid history of the Albanian Communist regime’s fall and the trials and tribulations that led the country to become the state it is today. The book provides an in-depth look at the Communists’ last Politburo meetings and the first student revolts, the fall of the Stalinist regime, the outflows of refugees, the crash of the massive pyramid-loan schemes, the war in neighboring Kosovo, and Albania’s relationship with the United States. Fred Abrahams weaves together personal experience from more than twenty years of work in Albania, interviews with key Albanians and foreigners who played a role in the country’s politics since 1990—including former Politburo members, opposition leaders, intelligence agents, diplomats, and founders of the Kosovo Liberation Army—and a close examination of hundreds of previously secret government records from Albania and the United States. A rich, narratively-driven account, Modern Albania gives readers a front-row seat to the dramatic events of the last battle of Cold War Europe.